You are here: Home / Basketball / 1on1 with Kenny “The Jet” Smith 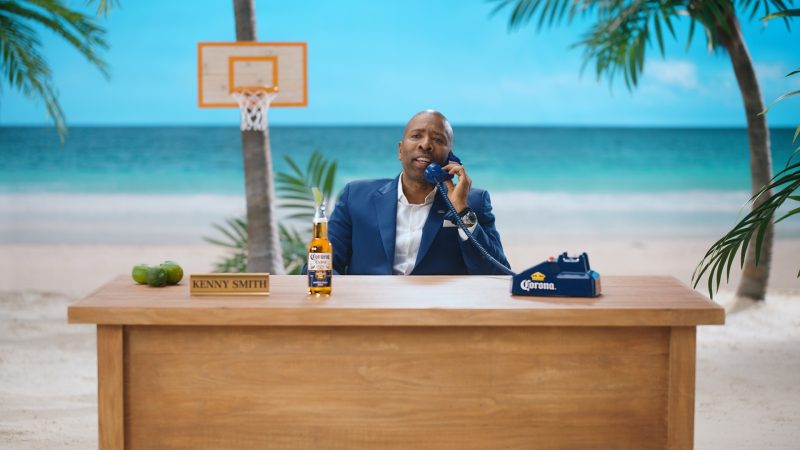 Kenny Smith knows and understands the game of basketball but more importantly, he understands the human spirit. That’s part of the reason why Corona has partnered with him for a second straight year for their Corona Hotline promotion as evidenced in part by their press release below.

With hoops season heating up, Corona celebrates the return of former NBA player and basketball analyst Kenny “The Jet” Smith as the Corona Hotline operator. In his second year as operator, Smith’s return will feature new prizes and offers from Fanatics and Drizly.

Since 2017, the Corona Hotline has served as the go-to number for fans to call for expert counsel during stressful sports moments. The hotline first focused on helping football fans remain calm, and former NFL quarterback Tony Romo stepped in for the past three seasons. In March 2020, the hotline extended into basketball for the first time, but the season was cut short. Now, Smith has once again answered the call and is more ready than ever to man the desk and support college basketball fans when the sport is at its most nerve-racking.

“I can’t wait to get back to the desk and offer refreshing advice and positivity to hoops fans this season,” Smith said. “Corona and I are all about living La Vida Más Fina, but you can’t live the fine life on the edge of your seat. It takes the whole chair. I want fans to sit back, literally, and enjoy the game no matter what happens.”

Now through April 5, fans can call Kenny at 1-844-9-CORONA to receive refreshing advice, learn how to enter a sweepstakes* for a chance to win $250 in Fanatics FanCash, receive a home delivery discount code courtesy of Drizly, and more.

Smith’s quick-witted and humorous nature makes him a perfect candidate for this type of promotion, especially as the world looks to get back on track after a trying year. We had a chance to check-in with “The Jet” about this promotion, the NBA All-Star game and the point guard qualities he brings to Inside the NBA.  Check out the full interview below