You are here: Home / Baseball / Basketball / Entertainment / Fighting / Football / Hockey / Soccer / 2014 ESPYs Captivate A Night Of Celebration And Deep Moments In The World Of Sports 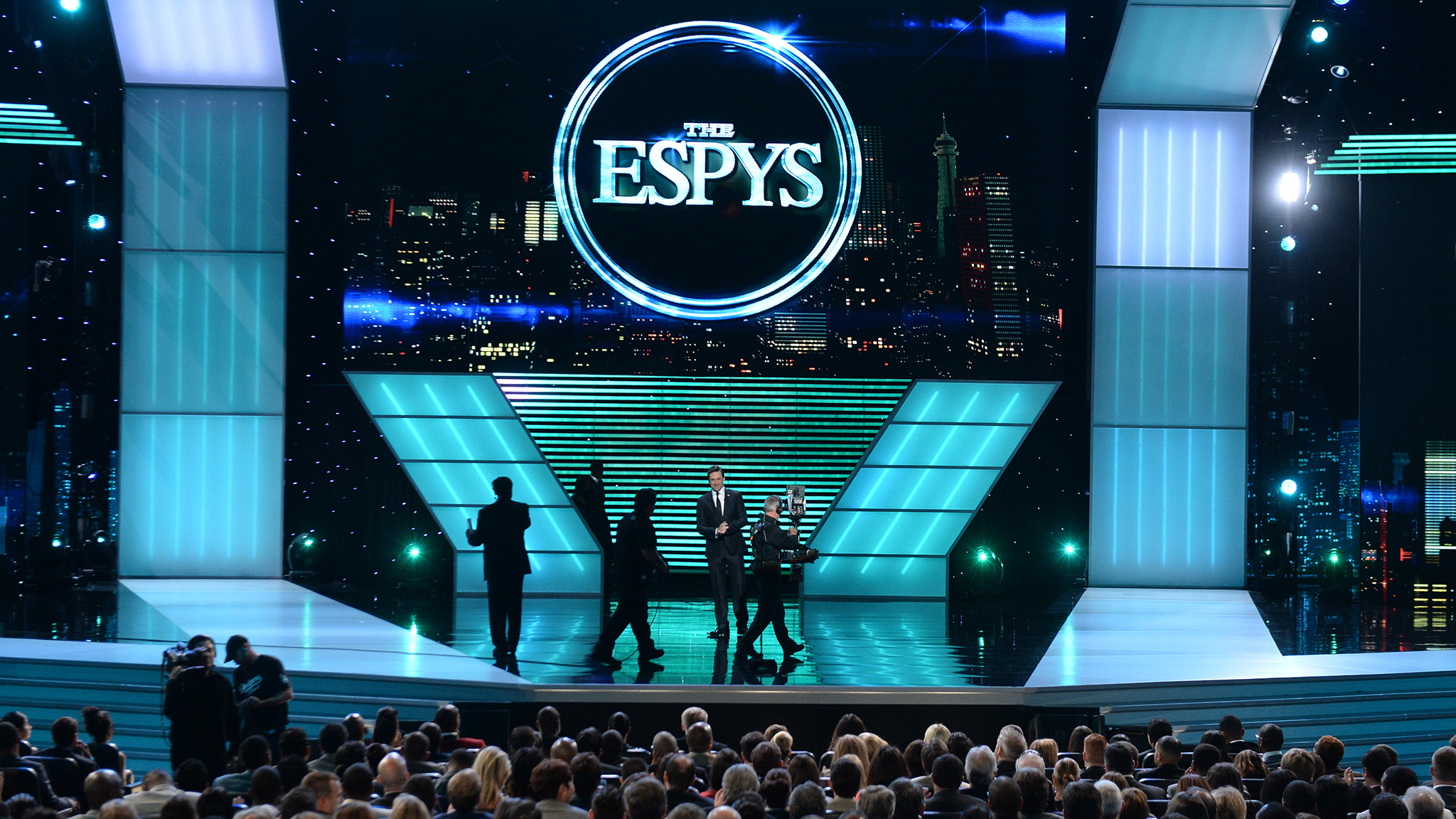 The 2014 ESPYs was a night filled with emotion and energy that celebrated the most notable figures in sports. Rapper Drake hosted the show and entertained the crowd all night long. The night wasn’t just about athletes. It also paid homage to many names who persevered in the face of adversity.

Alabama and Auburn took home the Best Game award for their performances in the “Iron Bowl.” Chris Davis from Auburn won the award for best play for returning Alabama’s missed field goal back for a 109-yard touchdown in overtime. This play was arguably the best play in sports over the past year for its clutch moment which led to a Goliath in college football being knocked off.

Undefeated boxer Floyd Mayweather was also recognized at the ESPYs. He won the award for best boxer and was nominated for best male athlete. Mayweather stands at an impressive 46-0 and his wins accumulated over the past year include fights against Robert Guerrero, Canelo Alvarez and Marcos Maidana. He is scheduled for a rematch against Maidana on September 13th at the MGM Grand Arena in Las Vegas.

St.Louis Rams defensive end Michael Sam won the Arthur Ashe Courage Award. Sam became the first openly gay player in college football and then in the NFL. He came out a few months before the NFL Draft. Sam let his teammates in Missouri know in a meeting during the season and received the full support of the whole locker room. Despite winning SEC defensive player of the year, Sam dropped to the seventh round of the draft but it was still a dream come true for him. He is going to bring the same courage he brought to letting the world know who he is to the Rams’ training camp and will look to land a roster spot for the regular season.

ESPN commentator and reporter Stuart Scott won the Jimmy Valvano Perseverance Award. Scott has been battling cancer since 2007 and has inspired his colleagues and viewers everywhere to “Never give up”, the statement Jimmy Valvano went by. Tears were shed in the crowd and even his daughter went up to the stage after his speech to display the love for her strong father who embodies a never say die attitude.

The ESPYS concluded an amazing show by awarding the Best Team award to the Seattle Seahawks. Seattle had one of the most dominant defenses in the league and most notably for their “Legion Of Boom” secondary which consists of Pro Bowler Richard Sherman, Earl Thomas, Kam Chancellor and Byron Maxwell. Sherman also won the award for “Best Breakthrough Athlete”.

The ESPYs is arguably the best award show in sports and pays tribute to the the names in sports who not only make an impact in arenas and stadiums, but who impact the world in courageous and inspiring ways.