You are here: Home / Basketball / 2019 NBA All Star Weekend; Highlights, Upsets and a lot of 3 Pointers 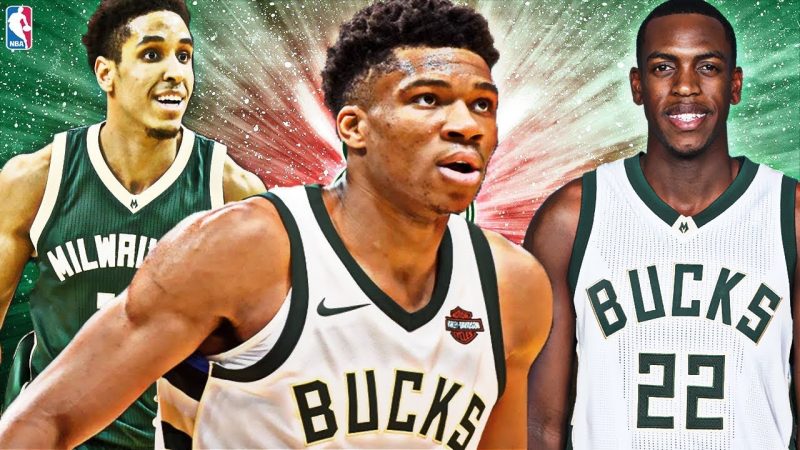 NBA All-Star weekend is one of the most exciting weekends in sports, with all the offseason rumors, celebrities involved and “legal tampering” all over the place, there are storylines everywhere. Charlotte provided the basketball world with stories all fans can sink their teeth in.

The weekend’s festivities began with a look into the young stars, aspiring to be playing in the game on Sunday (with the exception of Ben Simmons) in the Rising Stars game. Team USA ended a 2-year losing streak to Team World with a 161-144 victory, led by Lakers second-year forward Kyle Kuzma who poured in 35 points. If you were a fan of defense, you likely threw up several times during the game, as uncontested threes and dunks took place throughout the contest. Other notable performers included; Jayson Tatum 30 points, Simmons 28 points and Trae Young 25 points. It’s a fun event that the players enjoy, and it gives the fans and the rest of the league a glimpse into what the future of the league will look like. It’s safe to say with rookie phenoms such as Deandre Ayton and Luka Doncic balling out and second-year studs Tatum and Kuzma playing well for their respective teams the future is looking quite bright for the NBA. Expect to see a bunch of the names we saw on Friday night in the big game for many years down the road. 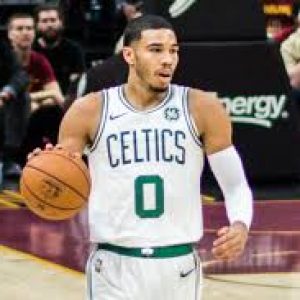 Arguably the most exciting and undoubtedly most eventful day of the weekend had a plethora of exciting events going on. The Skills Challenge, the 3 point contest and always the much-anticipated slam dunk contest.

The first of the three vents, the skills challenge, once again used its newer format, eight participants and four head-to-head matchups. The matchups were Nuggets stand-out center Nikola Jokic battling Magic center Nikola Vucevic, Mike Conley against Tatum, Kings quickster De’Aaron Fox vs. Trae Young and Kuzma vs. Doncic. Young showed off his deep range ability when he knocked out Fox in the first round, but it was Tatum who ultimately won the whole thing with a half court heave to stun Trae in the championship. The half court strategy was implemented by several players throughout the challenge as they felt it was their best shot at pulling off a come from behind victory. Tatum, however was the only play to connect from half-court and it capped off a solid weekend for the second-year star from Boston, next season he will have his sights set on playing in the All-Star game as he continues to improve his game.

The following event, which just may have taken the thunder of the dunk contest, was the three-point contest which included some of the Association’s best sharpshooters. Joe Harris, Kemba Walker, Khris Middleton, Seth Curry, Damian Lillard, Buddy Hield, Danny Green, Dirk Nowitzki, Steph Curry and Devin Booker (the defending champ) all took part in the event. Of the 9 participants only 3 make it past the first round so everyone needed to bring their A game. With the pressure on Joe Harris to set the tone by going first, he did not disappoint, as he delivered with 25 points. Hometown hero Kemba didn’t get the results he wanted as he only scored 15 points, among other disappointed snipers were Dame, Seth, Middleton and Dirk who all scored under 20 points and missed out on the championship round. Steph and Hield lit it up scoring 27 and 26, respectively and the defending champ D-Book narrowly missed out on making the cut, as he scored just 2 less points than Harris with 25. Harris again started first, this time in the championship round, and pulled off 26 points, setting the bar high for Hield and the greatest shooter of all time. Hield cooled down with 19 in the final and Curry was just short, scoring 24 as he missed one of his moneyball shots in the final rack and, in turn, Harris stunned the field and won the contest. Its been quite the rise for Harris, who was recalled and assigned to the G-League 32 times back in 2015. He now is averaging a career high in points and is playing very valuable minutes for a Nets team that is surprising everyone around the league this season. 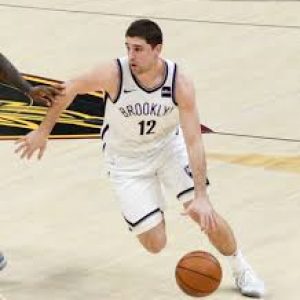 The last event of the loaded Saturday slate was the Dunk Contest. The 4 participants were; John Collins of the Atlanta Hawks, Miles Bridges of the hometown Hornets, Dennis Smith Jr. from the Knicks and Hamidou Diallo from OKC. In all honesty this dunk contest was a bit of a letdown in comparison to year’s past but there were 2 dunks that brought the house down. First was DSJ who jumped over rapper J. Cole, who was seated down in a chair and held the ball up for Smith to grab and slam, Smith would receive a 50. Not to be outdone was Diallo, who brought big man Shaquille O’Neal near the basket to aid him in his dunk. Diallo made the jaws of everyone watching drop to the floor, as he jumped over a standing, 7’1 Shaq slammed the ball home and pull off Vince Carter’s elbow in the rim pose. Diallo received a 50 but we all know that dunk was worth 200 points. Both of these dunks were in the first round and not many fireworks occurred afterwards. Diallo would go on to win the dunk contest in a rather uneventful final round outscoring Smith, 88 to 85. With All Star weekend taking place in Chicago next season fans are hopeful to see a rematch between Zach Lavine and Aaron Gordon, the Greek Freak has expressed some interest as well, we can only hope this is the case. 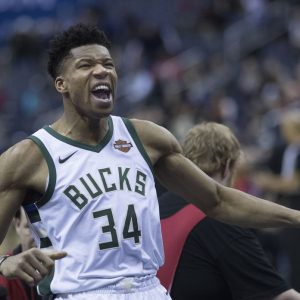 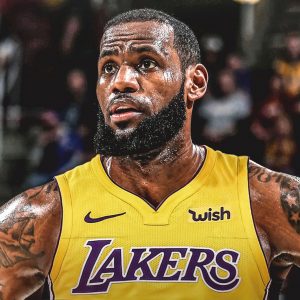 After the events on Friday and Saturday had concluded the only event remaining was the matchup between Team Lebron and Team Giannis in the 68th annual NBA All-Star game. Like the Rising Stars game and seemingly every All-Star game I can remember, there was no defense and there was a whole lot of scoring. The first half was dominated by the Greek Freak’s team and led by as many as 18 points in the third quarter. Team Lebron used the hot hands of Dame and Kawhi Leonard to get back into the game and used the clutch scoring of Kevin Durant and Lebron to put a stamp on the comeback and eventually win 178-164. The emphasis on defense in All-Star weekend has essentially disappeared and it makes for games as high scoring as the ones we saw over the weekend, it also provides for some ridiculous plays that we’ll only see in this event. Some of the best moments of Sunday Night’s tilt included Steph bouncing a pass to himself and slamming down a reverse jam in the closing seconds of the game, thus silencing anyone who thought he could only shoot. Paul George unleashed a beautiful 360 dunk early in the game and we saw a pair of lobs from old friends, Dwayne Wade threw one last lob to Lebron off the backboard and Kyrie threw a nice oop to Lebron in the final minutes of the fourth. These were some pretty cool highlights but none of them, NONE OF THEM, come even close to the exchange between Steph and Giannis. It was led by an outlet pass from Joel Embiid to a streaking Curry, he received the pass then bounced the ball as high as the shot clock and Giannis leaped for what seemed like an eternity and slammed the ball home. You’ll have to see it for yourself if you haven’t already seen it 50 times like myself. Overall it was an entertaining game, one that included 167 3 balls, which in fact, is not a record, and another all-star weekend has come and gone. Now we gear up for what should be an exciting second half of the season, as the award races and playoff picture will all come into place down the home stretch.

We’re in for a wild ride NBA fans, just make sure you’re all buckled up.