You are here: Home / Featured / A look at the synergy of team names in America’s largest sports cities 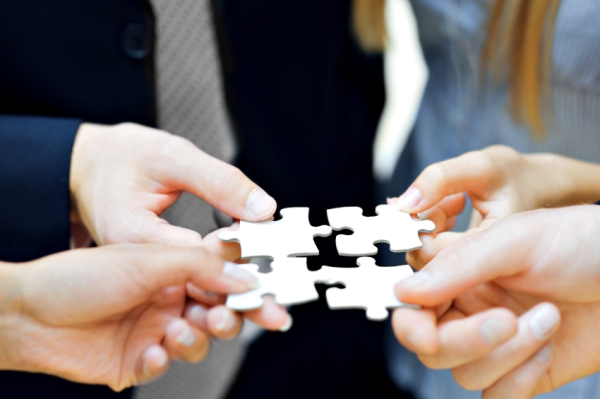 A lot of fans know the stories behind the nicknames of their favorite teams and the local relevance of those nicknames. Fewer people think about how the nicknames of teams in the same city might be related to each other, probably because they have better things to do.

One day, I was sitting on Gchat (as is my wont) talking with my friend Chow and he mentioned something about how Pittsburgh’s pro sports teams all use black and yellow as their official colors – those teams are “synergized” in that way. It occurred to him that teams might be synergized in other ways, so I decided to take a look at the twelve American cities (and metropolitan areas) with pro teams in all four major sports (NFL, NBA, MLB, and NHL) and find out how much “synergy” the nicknames of those teams had with their home cities and with each other. These cities (and their teams) are listed here in alphabetical order:

I calculated two synergy scores for each city, using a somewhat subjective process:

This methodology is admittedly flawed, but some compromises had to be made with the various numbers of teams in each city and sport. However, when adding the two scores together (“total synergy score”), it comes out to a maximum of ten points, which is a nice round number (so at least that part works).

A tour de force in terms of synergizing the teams together and with the city, although the Stars got a half-point here somewhat fortuitously; the team moved from Minnesota where it was called the North Stars, and merely dropped the “North” from the name, implying that the new name wasn’t an explicit reference to Texas’ nickname as the “Lone Star State”. DFW people sure do love their macho “Wild West” guys.

The sports teams in Denver are delightfully named, as the Rockies and Avalanche pay homage to the state’s picturesque mountains and the Nuggets take us back to the gold rush of the late 1850s (in the Rocky Mountains).

Miami did a great job capturing the spirit of South Beach (hot in more than one way, proximity to the water) with its team names, and the reference to the elegant (but endangered) Florida Panther is a nice touch. However, only the Fins and Fish have a direct connection (both being marine animals).

A somewhat disappointing performance given that the city has nine teams with which to form synergistic connections. Surprisingly, the Nets are not actually named for the nets hanging from basketball rims, but were named as such explicitly because the word rhymed with the existing Mets and Jets. So maybe they could have been named the Brooklyn “Wets” in honor of what Mikhail Prokhorov does to himself when he sees that he’s paying about $180 million a year (players’ salaries plus luxury taxes) for a team that isn’t contending.

Good call by Philly teams to play off the city’s role in the nation’s founding. The Flyers name is somewhat random, but does have nice alliteration with the city name and happens to synergize with the Eagles a bit, even if we’re not exactly sure what a Flyer is.

The only other city beside Miami to earn a full four points in the “local flavor” category. Naming teams after the locals will usually engender good will; the Vikings (Nordic population in northern Midwest) and Twins (Twin Cities) took advantage of that. The Wolves and Wild are ostensibly references to Minnesota’s perception as a barren backwoods, and I buy that perception in general. A Wolves official once said that “Minnesota is the only state in the lower 48 with free-roaming packs of timber wolves.” Gulp.

The desert-related theme is a good one and probably could have been exploited for more synergy, but the NFL team had to name itself after its “cardinal red” jerseys. I think naming teams after the colors they wear is kind of dumb – shouldn’t you name the team and then make the colors afterward? Interesting note: The fan vote for the Diamondbacks also included the entry “Phoenix,” so we could have had the Arizona Phoenix.

The Tigers nickname is somewhat arbitrary in terms of a relationship with Detroit, but once you own it, you might as well synergize it with something (the Lions). The Red Wings are another one of those “owner purchases the team and names it after something that he’s interested in” situations, but the dude managed to incorporate a wheel into the logo, so I gave him some auto-related points.

All of the points for DC come from the Nationals and the Capitals because the Redskins and Wizards have no inherent connection to the city. Also, Capitals is a fine name because of DC’s status as the nation’s capital, but I just hope that they didn’t mean “Capitols” (buildings that legislators meet in) and didn’t know which word to use.

Individually, the Bears, Bulls, and Cubs are somewhat random as names for Chicago teams. However, they’re all in the same city, so they get to take advantage of inter-team synergy (I caved on Bears-Bulls and Cubs-Bulls because they’re all ferocious animals on four legs). By the way, did you know that Chicago’s first baseball team used to be nicknamed the “Orphans”? What were the other names under consideration, the Chicago Ebola?

Another disappointing performance from a city with a plethora of teams to build connections. The 49ers are by far the mostly aptly-named team name in the Bay Area with a nod to the gold rush of 1849 (and some alliteration with “Francisco”). I’m not sure that people necessarily think of sharks when talking about San Jose, but I suppose it’s possible. The Raiders and Warriors are arbitrary as far as I can tell, but are at least somewhat synergized because they are groups of people that can kill you. Fun fact: “Rubber Puckies” was one of the finalists in the naming contest for the San Jose NHL team. People were a lot more fun back then.

The only city with no inter-team synergy, but the Patriots and Celtics provide nice historical touches.

Sadly, it appears that all of the work that cities put into synergizing team names isn’t correlated directly with sports success. If we calculate a “championship rate” for all of the cities described above (percentage of available championships won starting from when the city had at least one team in each major sport), the correlation coefficient is -0.04 (basically, no correlation). The results are below if you’re interested (cities in order of “championship rate”):

Note: I didn’t look at WNBA teams specifically here, but even just a cursory search of WNBA team names reveals that many of them are specifically synergized with NBA teams in the same city. In Minnesota, the Wolves and Lynx play together. When the Sun starts bearing down on you in Phoenix, the Mercury starts rising. The Thunder reign supreme in Oklahoma and might give you a Shock if you’re in Tulsa. DC tries to spellbind its opponents with Wizards and Mystics. In Orlando, people knew that to win a championship, it might take Magic or a Miracle (now the Connecticut Sun).