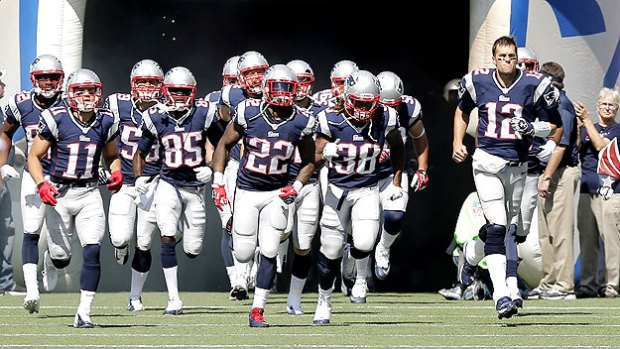 New England Patriots (12-4): The Patriots look to be one of the stronger teams in the league again this season. Not only do they have Tom Brady at the helm, but more importantly they are  healthy. Vince Wilfork will be back on the field and Brady’s favorite weapon Rob Gronkowski returns to the dynamic duo. New England also signed Darrelle Revis and Brandon Browner this off season to bolster the secondary after losing Aquib Talib. For the Patriots to truly be at their best, they will need to find balance on offense. Steven Ridley will have to be better with ball security this season especially with Legarrette Blount in Pittsburgh.

Miami Dolphins (9-7): Miami might be able to slide into a Wild Card spot this season. It looks like they have the talent to do so.  Miami’s offensive line will have to protect Ryan Tannehill better than they did last season (58 sacks), signing Branden Albert will help that problem. It is critical for Tannehill to find a rhythm with Mike Wallace so that the Miami offense can be of some sort of threat. It will also be interesting to see how Knowshon Moreno factors into the offense if healthy. Defensively the secondary does have Brent Grimes and a newly signed Courtland Finnegan who let’s just say struggled in St. Louis over the past two seasons. The pass rush could prove to be dangerous with Cameron Wake and Olivier Vernon on the outside, as well as Jared Odrick and Randy Starks in the middle.

New York Jets (8-8): The Jets may actually be better than last season but it might not show up in the win column. John Idzik managed to add some weapons to the offense with Eric Decker, Chris Johnson and Jace Amaro. Once again the biggest question mark will be quarterback.  If Geno Smith wants to stay the starter he will have to be more consistent  than he was as a rookie. The defensive line will be the strongest part of the defense once again with Muhammed Wilkerson and Sheldon Richardson at defensive end. The secondary is a question mark with multiple injuries at cornerback. After cutting Antonio Cromartie, Dee Milliner will have to be healthy and prove he can be a number one corner in this league.

Buffalo Bills (6-10):  The Bills are starting to add more talent to the team, especially on offense. They have a nice core of running backs in C.J. Spiller, Fred Jackson and Bryce Brown while drafting arguably the best offensive player in the draft in receiver Sammy Watkins. E.J. Manuel still has questions to answer after injuries in his rookie season. The defense has suffered major losses by losing  Jairus Byrd to New Orleans and Kiko Alonzo to a torn ACL. Guys like Mario Williams, Marcell Dareus  will have to carry the front seven and Aaron Williams will have to be able to replace Byrd at safety. The Bills have some good pieces, but it still isn’t enough to climb out of the bottom of the division.