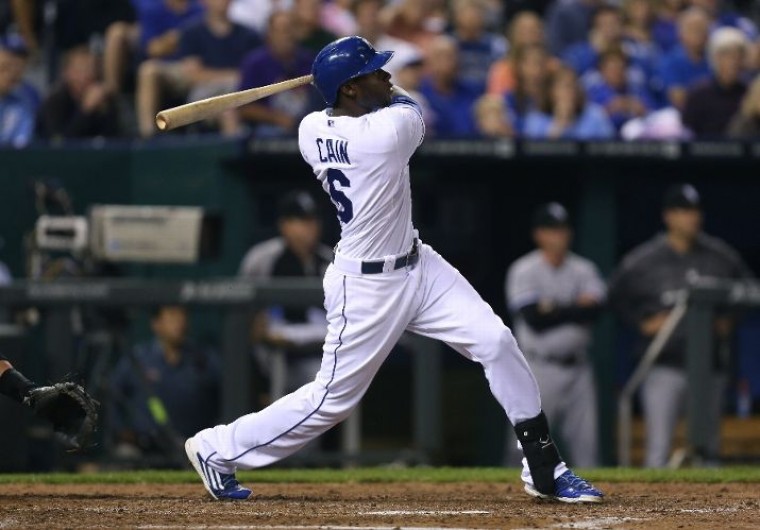 As we enter the second half, not much is decided in the American League. The Kansas City Royals have proven to be the cream of the crop but parody rules the rest of the Junior Circuit. The AL East is completely up for grabs, while the West seems to rotate dominating teams. In the Central, the aforementioned Royals rule the coup, but the entire division is full of talent. It will be an exciting couple of months heading into October.

#1) Kansas City- The Royals are a well-oiled machine and look primed to make another run at the World Series. It will help if Yordano Ventura can return to form in the 2nd half after a rough start. Outfielder Alex Gordon is expected to be back by the middle of September.

#2) Los Angeles- On May 9th The Angels were sitting at a poor 14-17 record. The Halos have since gone 34-23 since then to take the AL West lead from the floundering Houston Astros. It has been a odd stretch for the Angels, as C.J. Wilson and Hector Santiago have been more productive than front of the rotation guys Jered Weaver and Garrett Richards.  Albert Pujols‘ return has been a pleasant surprise, while Mike Trout‘s MVP like 1st half surprises no one.

#3) Minnesota- It may finally be time to respect the 2015 Twins. While the roster is very similar to the 2014 92 loss team, the results have been dramatically different. The team has matured, especially Brian Dozier, who has been one of the most valuable players in the league in the first half. It is also no coincidence that Torii Hunter is on this team, he brings winning where ever he goes.

#4) New York- This is not the Yankees of the 1990’s. This team does not cause fear, but it is formidable. Michael Pineda, Mark Teixeira, and Alex Rodriguez have all been better than the Yankees could’ve hoped. However no player in the line-up has been bigger than Brett Gardner, who at 31 is having a breakout season. Since they are the Yankees, a blockbuster trade is not out of the question.

#5) Houston- The Astros were the best story of the 1st half, at least until July 1st. Strike outs be damned, they mashed their way to the top. Unfortunately the magic may have worn out as the offense became anemic in the last two weeks. They lost 8 of 10 before the All Star game and fell to second behind the Angels. Still if you are an Astro fan, you have to love where your team is. Plus the future of young short stop Carlos Correa could not look brighter.

#6) Baltimore- The Orioles faltered down the stretch in the 1st half, but are about where they wanted to be in the standings. They are just off the division lead despite disappointing pitching from Chris Tillman and an uneven effort from their line-up. The path to winning is clear for the O’s, they just need Tillman, Adam Jones and Manny Machado to lead the way.

#7) Tampa Bay- The Rays started out hot, but have cooled as of late. The truth is they may have been playing a bit over their head. The line-up is anemic enough that James Loney often sits in the clean up spot. However they are only getting stronger on the mound. Matt Moore is back in the rotation and Drew Smyly looks to be about a month away from return. Chris Archer is in early Cy Young discussions.

#8) Toronto- The Blue Jays finish the run of AL East teams on the list. The truth is that these teams are grouped so closely together that they can be flipped in ranking on a day to day basis. The Jays have one of the best line ups in baseball, with MVP candidate Josh Donaldson leading the charge. The question is: Will their mediocre pitching prevent them from making the playoffs? Only Mark Buehrle has been dependable in their rotation, while the back of the bullpen has been a train wreck. Expect the Jays to be active as the trade deadline approaches.

#9) Detroit- For the Tiger’s the path is clear. Stabilize the bullpen in front of closer Joakim Soria and hope they can stay in the race until former MVP Miguel Cabrera comes back in late August. They recently signed one time closer Neftali Feliz in hopes of fixing the former issue.

#10) Texas- A month ago the Rangers looked to be surging to the top of the AL West. Unfortunately they have stubbled since, going 6-16 in their last 22. Martin Perez returns to the rotation as the 2nd half starts, and they hope Derek Holland will also be back by the end of August. Neither arm may be impactful enough to move the meter enough to get the Rangers to the promised land. Still it is great to see Prince Fielder returning to form.

#11) Boston- The Red Sox came out the gate terribly slow and 2015 had the makings of a train wreck season. That was until a rather impressive 15-9 run to close the 1st half. They are back within ear shot of a playoff birth, but will have to continue their strong play to jump over a swarm of teams. Rick Porcello (who will make over 80 million 2016-2019) had a horrendous 1st half and will need to be better for the Sox to make a run.

#12) Cleveland- It took a while but both Corey Kluber and Carlos Carrasco have returned to 2014 form. But is it too little too late for the Indians? The Tribe have the talent to make a push for the wild card, but it would be quite the climb.

#13) Chicago- Like most of the teams on the bottom of this list, a lot more was expected of the White Sox coming into the season. While they have been better of late, it is probably too late to make a true run. If the Sox do become sellers at the deadline they do have some valuable pieces, lead by starter Jeff Samardzija who will be a free agent following the season.

#14) Oakland- The A’s seem to have magic at the catcher position. This year it is Stephen Vogt‘s turn to come out of nowhere and amaze. Still the loses of Josh Donaldson & Yoenis Cespedes in recent years have been too much for the A’s line-up to overcome. Expect the team to retool and get ready to fight for the playoffs in 2016.

#15) Seattle- Where did you go Robinson Cano? The Mariner’s offense has been offensive, and much of that sits on the lap of their $240 million man. The question is what do the M’s do now, with most of their talent locked into big contracts. Most likely they simply play this season out and then hope Cano returns to form and have a full season of youngster Taijuan Walker.