You are here: Home / Basketball / Allen Iverson’s jersey retired by the 76’ers placing The Answer amongst Philadelphia greats 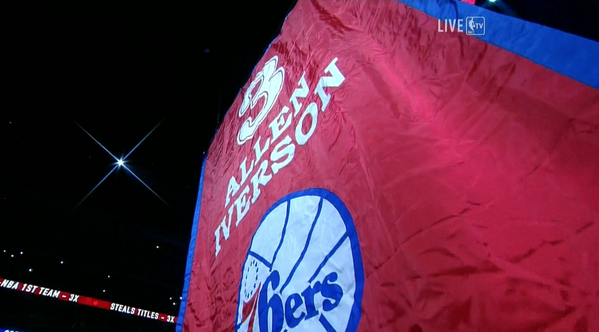 From Michael Jordan to Doug Overton, Allen Iverson tried to include everybody in his jersey retirement speech during halftime of the game between the Washington Wizards and Philadelphia 76’ers.  Somehow the usually emotional Iverson was able to fight back the tears as his legendary number three ascended to the rafters.

As the supposedly 6’0 tall figure stood at mid-court during the ceremony, one was reminded of the many feats he had accomplished as well as some of his shortcomings. When he thanked his now ex-wife Tijuana for the many years of support, you were able to see in that moment the complexity of  the man nicknamed “The Answer.” He has made mistakes and he has paid for some for them. But most importantly he is cognizant of it all, even if it might be too late to change previous transgressions and to me that shows a level of growth.

Iverson will never change the way many may think he should. He stood at center court donned in baggy attire and jewelry reminiscent of a hip-hop star. That’s not a knock on Iverson but just an illustration and testament to who he is and will always be. Right or wrong…which has always been a matter of sheer perspective.

Overall it was a night that truly paid homage to one of the basketball greats of our generation (despite some corny speeches from some Sixers’ officials). The 76’ers gave A.I. a boat as a gesture to pacify his desire to fish once he finally retired. Whether he is in the open water or open court, Iverson will be an eternal fan favorite. #AI3Forever. 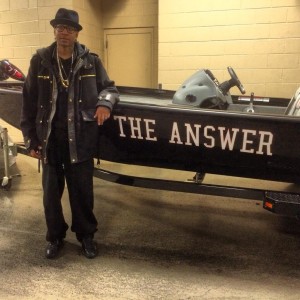