The NBA All-Star voting process has long been criticized for fans continuous ballot-stuffing of undeserving players. Long story short, the fans use the voting process as a popularity contest. It’s like voting for senior superlatives in your high school yearbook.

The NBA on TNT broadcast team unveiled the starters for both conferences and there was a surprise or two, especially in the West. Here are the selections with brief analysis.

Kobe Bryant, L.A. Lakers: The perfect example of a popularity vote. Bryant’s injury was not a factor here at all and it should have been. Shame.

Stephen Curry, Golden State: A well-deserved selection. Was the biggest snub last year but his numbers this year couldn’t be denied.

Blake Griffin, L.A. Clippers: Under Doc Rivers he has been absolutely spectacular. He probably embodies the essence of All-Star with his excitability factor.

Kevin Love, Minnesota: The most surprising thing I have seen in voting in a while. Stunned he passed Dwight Howard for the final front court spot.

Carmelo Anthony, New York: Enjoying a very productive year on surprisingly bad team. Still one of the best there is.

Paul George, Indiana: The MVP of the Eastern Conference not at all shocking.

Kyrie Irving, Cleveland: I think John Wall has been more important to his team and has better numbers, but the popularity of Irving wins over here.

LeBron James, Miami: The best player in basketball should always be the leading vote getter and he earned that honor and his spot as a starter again.

Dwyane Wade, Miami: Despite playing twice, sometimes only once, a week his efficiency has been off the charts. Can’t fault the fans for this selection.

The reserves will be formally announced next week but we have made our predictions on who those will be here. 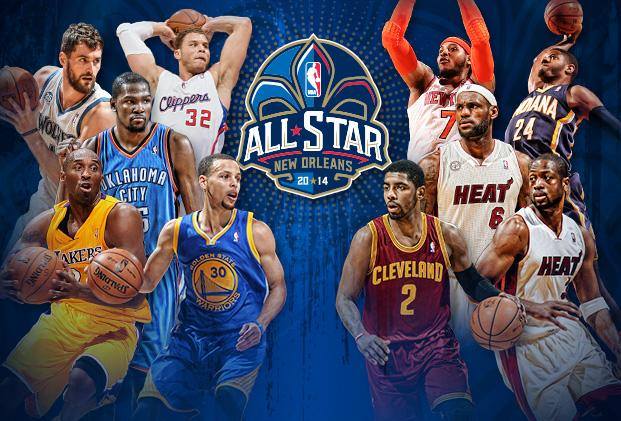