You are here: Home / Basketball / AND1 Deserves a Spot in the Basketball Hall of Fame 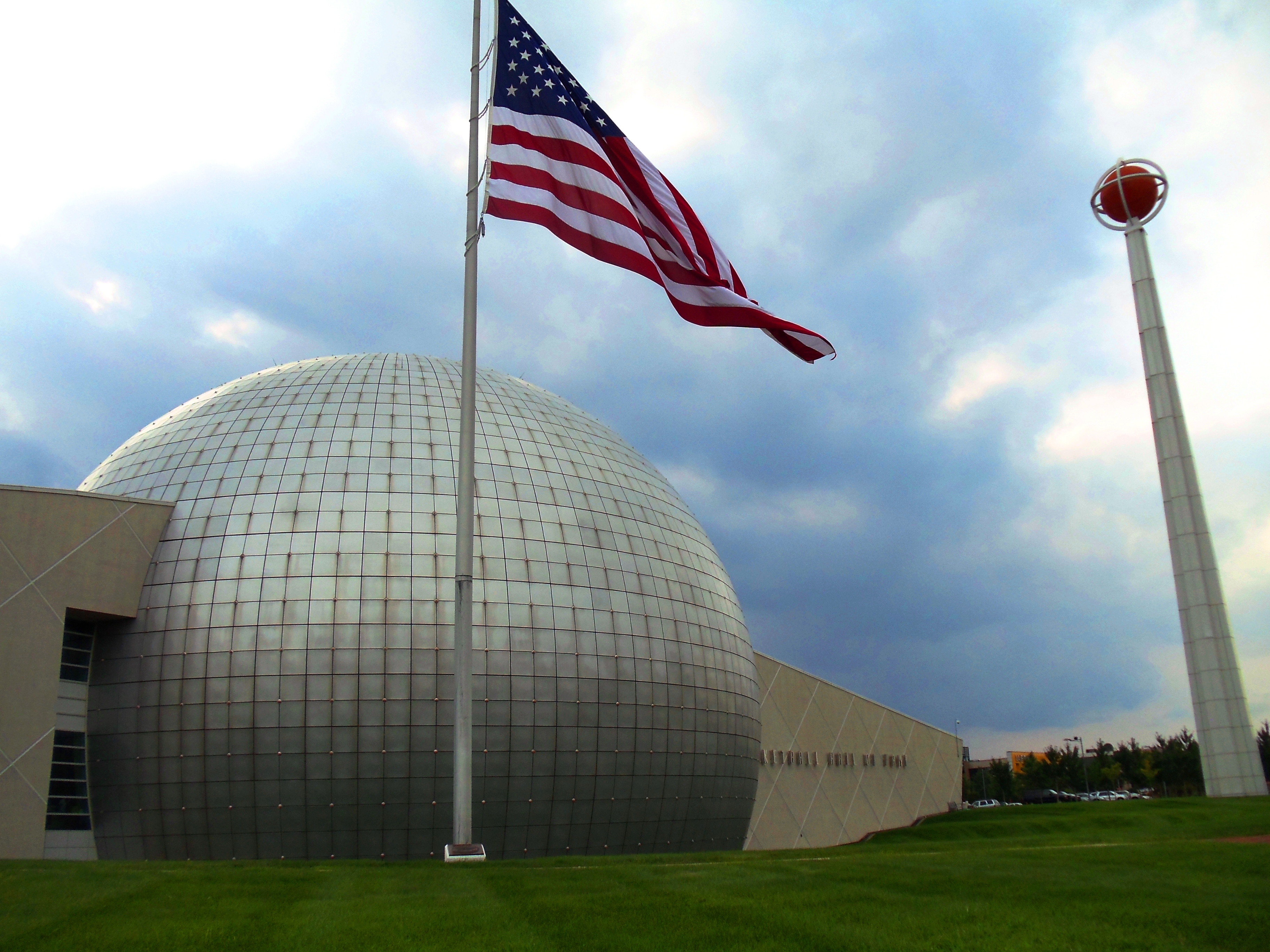 There is a lot to love about the Naismith Basketball Hall of Fame. Across three floors located in a domed building in Springfield, Massachusetts, the Basketball Hall of Fame is a paradise for junkies of the sport. After the vertigo subsides from craning your neck while looking at player portraits and game artifacts on the top floor, you’ll find yourself wandering through the sport’s foremost hall of armors – collections of game day jerseys, suits and memorabilia interspersed with wingspan replicas and vertical jump measurers.

Nearly every corner of the basketball world is represented. Champions of the women’s game sit adjacent to ABA legends, while college athletes rub shoulders with the all-time NBA greats. It’s the perfect collision of hoops past and present, save for one glaring exclusion.

The exclusion of street ball from the hall of fame thus far isn’t so much malicious as it is unprecedented. The hoops hall operates on an organized, if bureaucratic, structure, that highlights neatly packaged eras of basketball history. Players and teams are inducted for recognizable feats and services in the name of the sport. The 2019 Class is loaded with such names; Vlade Divac not only championed the center position in the Western Conference against titans like Shaquille O’Neal and David Robinson. He also brought the game over the Atlantic, helping to propagate interest in basketball in a European market enthralled by soccer. The Wayland Baptist University’s women’s team was similarly influential, revolutionizing basketball equity by pioneering full-court, five-on-five play, in addition to offering full scholarships to female athletes.

But away from the movie moments captured under the bright lights of professional and collegiate courts, outdoor basketball, pioneered by basketball evangelist Holcombe Rucker and perpetuated by organizations like AND1, players like Jason Williams, and a craving for hometown hoops, was revolutionizing basketball.

The NBA was in its relative infancy at the turn of the century. Despite having existed since the 1940s, the Association still paled in comparison to larger, more ubiquitously American leagues like the NFL and MLB. Basketball had seen plenty of generational talents, but few had earned global acclaim. (Though the 1992 Dream Team and subsequent Olympic teams could be credited with basketball’s burgeoning interest overseas.)

In 1998, following a pair of Chicago Bulls three-peats and the deification of Michael Jeffrey Jordan, the rumblings of a new era of basketball began to disrupt the status quo. That summer, New Yorkers gawked from overpasses and from behind fences, watching the live-action version of what would become the AND1 Mixtape Tour. Hosted at Rucker Park, the athletic lifestyle brand AND1 sponsored a series of exhibition games showcase basketball in its purest form. The preeminent video to come from these games featured Rafer “Skip 2 My Lou” Alston, a Queens native who captivated hoops fans with his ankle breaking on-court charisma.

Alston became the archetype for a new style of play that worked its way up to the professional level. After a rash of centers dominated the league throughout the 80s and 90s—Kareem Abdul Jabbar, Hakeem Olajuwon, Dikembe Mutumbo, Patrick Ewing, etc.—the early 2000s saw an outgrowth of point guards. Stephon Marbury, who surprisingly signed as one of AND1’s brand ambassadors after getting drafted in 1996, kept the playground spirit alive throughout his career which spanned All-Star and All-NBA Team appearances. Steve Francis, Jason “White Chocolate” Williams and even Hall of Famer Allen Iverson all took snippets of street ball style and carved out a lane in the NBA.

Infatuation with Rucker Park and AND1 came to its first peak in 2002. Kobe Bryant had just finished a historic, three-championship run with the Los Angeles Lakers. He celebrated by taking over Rucker Park  and playing in an exhibition game.

Despite boasting his own on-court flair, Bryant was mainstream as far as NBA talents are concerned. His father played professionally. He spent time overseas as a youngster, learning basketball (and soccer) as far from the streets of New York as possible. Still, playing at the Rucker was a rite of passage.

“The memory I’ll definitely take away is the people down there at the game, watching,” Bryant said following his Rucker appearance. “Interacting with them. Having a good time. Talking trash.”

Streetball then, doesn’t end with the flashy moves or the converted alley-oops. The people, as Bryant recognized, are the spirit of the game. Streetball courts are regularly packed with spectators, their feet replacing the painted straits of the sidelines. Rafters with retired jerseys are replaced by raucous towel waves. Deep throated announcers are passed over, in favor of loud-mouthed MCs. The people, at Rucker Park and every outdoor basketball venue have helped to color the way the game is understood at every level.

Off the court, AND1’s human influence saw adaptation elsewhere. Color commentators were once as straight-laced as their broadcast counterparts. Throughout the 2000s however, networks opted for retired ball players to don headsets at half court. Deemed analysts, they brought a new flavor to basketball broadcasting, peppering the commentary with firsthand accounts of their careers and interactions with their colleagues. Third-party reporting wasn’t good enough. Fans wanted real basketball, the stuff that was flooding courts AND1 in New York, Atlanta, Venice Beach and beyond.

The Basketball Hall of Fame celebrates the game in its entirety. On the second floor of the museum, visitors can meander between a coaches’ corner, women’s exhibits and media recognition all without missing a beat. The custom basketball court on the first floor features baskets from the history books—the original peach basket, half-moon, polycarbonate backboards, breakaway rims. The museum is comprehensive. It pays respects to that which laid the foundation for the modern game to find, and maintain, its success.

Without acknowledging street ball, however, the Hall is missing one of its most significant bricks. Philip “Hot Sauce” Champion doesn’t perform at Atlanta Hawks half-time shows without making a name for himself on the AND1 circuit. Jason Williams doesn’t attempt an elbow pass without the reassurance that Skip 2 My Lou made it work first. Kevin Durant doesn’t drop 66 at Rucker Park. Maybe the Big 3 League doesn’t travel around the country, effectively picking up where the AND1 mixtape tours left off.

Basketball isn’t basketball without AND1s steady guidance in the background, and the Basketball Hall of Fame isn’t complete without it.