You are here: Home / Basketball / Are the Cavs still sitting pretty as Eastern Conference elite? 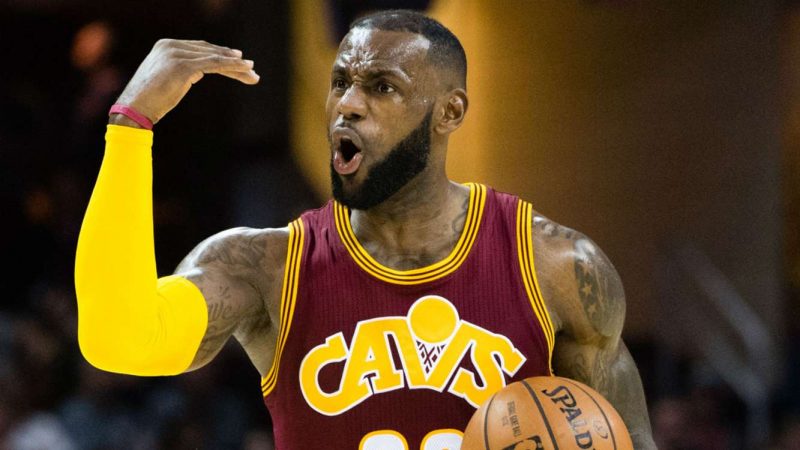 The second-round of the NBA playoffs will begin with the Washington Wizards taking on the Boston Celtics while the other half of the bracket holds the defending champion Cleveland Cavaliers in a matchup with the Toronto Raptors.

On paper the Raptors represent a staunch test for the Cavaliers which could spell good things for the Wizards and Celtics winner. Washington and Boston could be the favorites to win the NBA title (or at least the East) if the Cavaliers are involved in a lengthy series that wears them down against the Raptors.

LeBron James and company have yet to figure out how to play consistent defense and the Raptors have the ability to challenge that brittle defense at every position except small forward. The Cavs have the worst defense in the playoffs of any team that advanced into the second round with a rating of 114.7. The Raptors were sixth in offensive efficiency over the course of the regular season but struggled in the playoffs against a lengthy Milwaukee Bucks team. Playing against James is never ideal but with the Cavs defense floundering the Raptors might be licking their chops at a chance to run their offense more efficiently.

Kyle Lowry and DeMar DeRozan represent one of the top three backcourts in the NBA and the addition of Serge Ibaka seems to give them a competitive counterpart to the Cavs four man, Kevin Love. If Ibaka can protect the paint like this:

and shoot consistently against the Cavs soft defense then the Raptors will be in really good shape to keep pressure on Cleveland all series.

Boston and Washington are engaged in matchup of bad blood and many think their series could linger as well. Both teams had their troubles with their respective opponents in the first round but it was Boston who looked more vulnerable. The Celtics were able to slow Jimmy Butler at times during their matchup vs the Bulls but he still dominated and had little in the way of help after the Rajon Rondo injury.

The Wizards have speed and physicality which are two things the Celtics struggle with. John Wall is on an absolute mission this year and should be able to get into the paint easily throughout the series where the Celtics have no interior presence to deter his drives. Loading up on Wall just allows him to thrive in the area that he’s best at and that’s passing. Unlike Butler, Wall has options to distribute the ball too and could make life very difficult for the Celtics throughout the series.

The Wizards complete disdain for the Celtics could either work wonders making the series one-sided in their favor or they could get caught up in their emotions and be distracted themselves. My bet is on the former and not the latter as the Wizards have the swag of a team that’s been disrespected too long.

The East is still Cleveland’s conference to lose but Wizards are the team that seems most likely ready to do so if they can get some help from Toronto in the second round.