You are here: Home / Basketball / Have James Harden do whatever you want with Play My Tweet 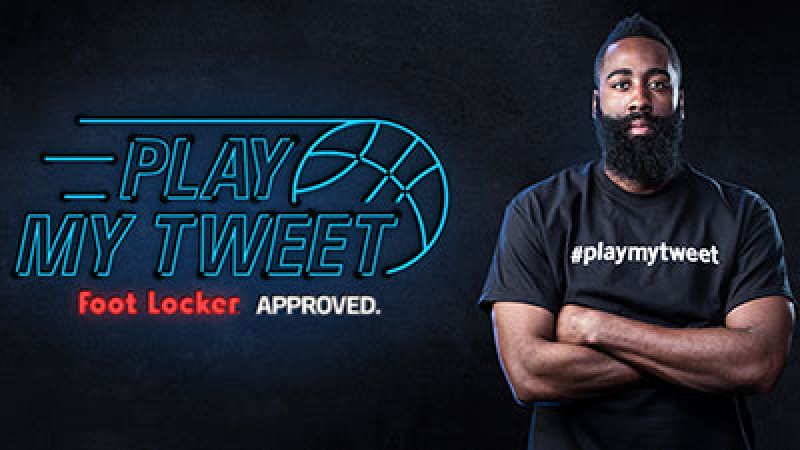 The NBA season is just a few short weeks away and everybody is excited including the league’s many supporters like Foot Locker. They’ve partnered with James Harden for a new campaign called #PlayMyTweet where ‘The Beard’ will do what you ask “within reason” if your request makes it on his radar. Check out the details and launch video featuring the M.V.P. candidate himself.

James Harden will engage with Foot Locker fans for “Play My Tweet,” an exciting and unique social media activation. Beginning today, fans can submit personal requests for Harden via Twitter by tagging @FootLocker and #PlayMyTweet for the chance to have him fulfill a request. Whether it’s sending a fan an autographed jersey or singing Happy Birthday to your mom, legitimate requests will be considered.

Foot Locker’s “Play My Tweet” will take place on Oct. 8 in Houston, with Harden taking shots using basketballs printed with selected fans’ tweets. Harden will read the tweet on the ball and take a shot. If he makes the shot, he’s safe – but if he misses it, he must fulfill the request. Each shot’s difficulty level will correspond to the size of the request, and fans can watch the challenge go down beginning at 7:00 p.m. ET via Foot Locker’s YouTube channel and Twitter page.