You are here: Home / Baseball / At the Deadline: Buy, Sell or Hold AL Central edition 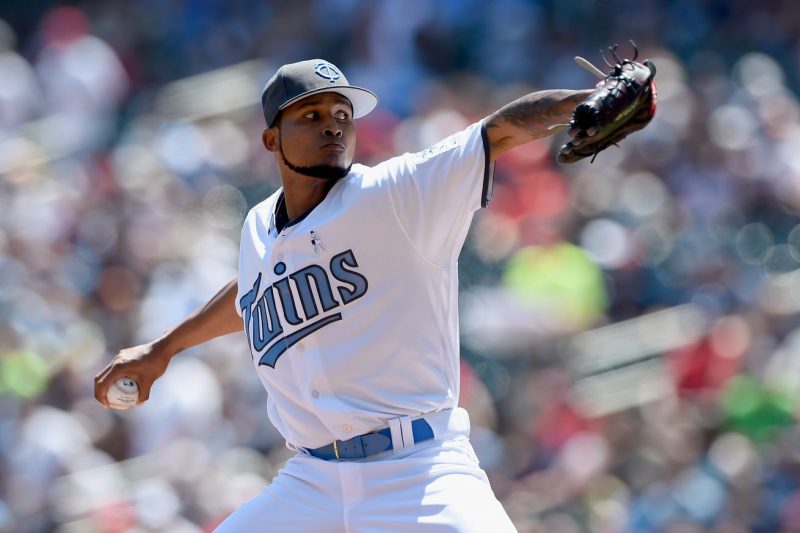 We started our trade deadline preview with the AL East and now it’s time to take a look at the American League Central teams who may buy, sell or hold.

The Indians are leading the American League Central decisively, despite a roster full of glaring holes. Of course not many teams can roll out three legitimates aces; anchored by Corey Kluber, Carlos Carrasco, and the emerging Cy Young candidate Danny Salazar. The starting rotation is clearly championship caliber and it looks like Cleveland’s upper management is looking to improve the team around them. If the Indians are willing to increase their payroll and move some of their strong prospects–the trade market is their oyster. Ironically, it is because of their multiple deficiencies that the team has almost unlimited trade options.

Only Carlos Santana, Jason Kipnis and Francisco Lindor are locked into the line-up. Expect them to pick up bullpen help and at least one of the top bats available. Jonathan Lucroy, Carlos Beltran, Josh Reddick and Jay Bruce all seem like possible targets. But there is a chance that Cleveland tries to go for a bigger prize, particularly if a 3rd baseman like Todd Frazier or Evan Longoria becomes available. Cleveland believes their time is now.

The Tigers plight seems to mirror that of the Orioles. Both teams feature strong line-ups and bullpens but are stymied by ineffective rotations. In addition, the two teams lack the talent in their respective minor league systems to significantly help, whether directly or as trades pieces. However Detroit does have two major advantages over their A.L. East counterparts.
#1) The Tigers rotation has talent, even if it hasn’t bared fruit beyond rookie Michael Fulmer & Justin Verlander. Both Jordan Zimmerman & Daniel Norris hope to be back in the rotation in early August.
#2) The Tigers owner Mike Ilitch has not been afraid to open up the check book when called upon. This puts the team in play for veteran “salary dump”pitchers. An Ervin Santana or to a lesser degree C.C. Sabathia or Jered Weaver might fit the mold.

The defending champs are floating around .500 and find themselves in a deep hole in the standings. Their offense has been the main culprit, as they rank 26th in the majors in runs scored. Many mid-market teams might pull the plug at this poin and begin to build for the next generation. However its unlikely this Royals team will take that measure. Kansas City’s line-up has been plagued by injuries in 2016. Their pieces are slowly mending. Alex Gordon is back, although he is yet to return to form. Lorenzo Cain is nearing a rehab assignment and hopes to return to the Royals line-up by mid-August.

I suspect that the Royals will simply stand pat and watch the trade deadline pass. They will give this group of players the benefit of the doubt and see if they can return to their championship levels when healthy.

The White Sox continue to be an enigma. The team is stocked with individual talent but can’t convert that talent into wins. As loses continue to mount, the question for this team is becoming less of “do you blow the team up?”, but rather “when do you blow the team up?”. The answer to the later question is probably “not quite yet”. It is believed that Chicago’s upper management wants to hold onto rotation stars Chris Sale and Jose Quintana. That suggests a reboot for 2017 as opposed to a complete overhaul.

Even if they do decide to start anew, there is no urgency to do so at the trade deadline. Barring injury, most of the teams stars will have the same trade value in the off-season as they will in the next week. The one exception may be David Robertson, as multiple contenders are in need of an established closer. His value may never be higher.

The Twins weren’t really as good as the 2015 season suggested. They also aren’t nearly as bad as this season’s record indicates. It would be interesting to see which Twins team showed up in 2017 if they stayed intact. However, we will likely never know. Small market teams not in contention at the deadline are almost always sellers. The 2016 Twins are no exception.

Look for every veteran to be available, although some are more likely to be dealt then others. Joe Mauer as the face of the franchise, producing mediocre statistics with a hefty contract will remain in Minnesota. In addition, with his team friendly contract, there is little reason to move Brian Dozier. Conversely, Ervin Santana is likely to change uniforms. Trevor Plouffe and possibly Eduardo Nunez may also be calling new places home by August 1st if Minnesota gets offers they like.