You are here: Home / Baseball / At the Deadline: Buy, Sell or Hold AL West edition 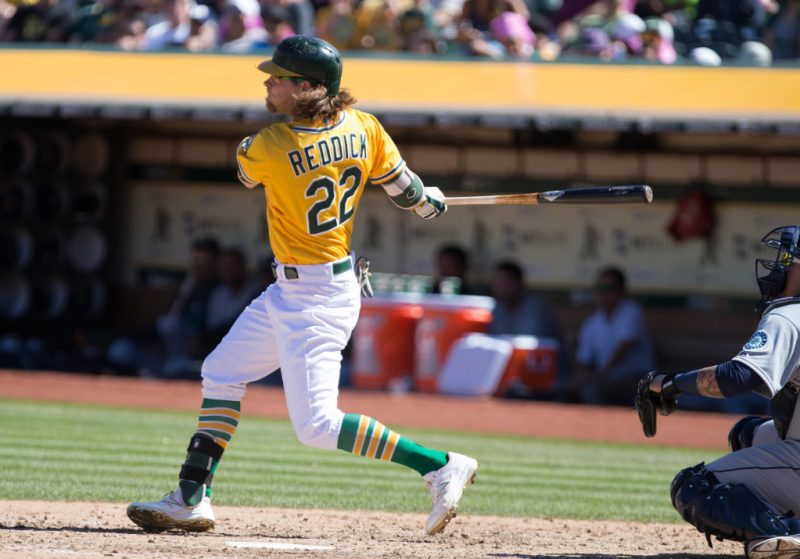 We started our MLB trade deadline preview with the AL East and AL Central. Now we check-in on the two horse race that is the AL West and spar with the notion of movement for each club.

With all due respect to newly acquired Lucas Harrell, the Rangers are still on the hunt for a big game pitcher or two. As the trade deadline approaches, the Texas Rangers may be the most intriguing team to watch. They have clear needs, the payroll flexibility and the young talent to make a major deal happen. As they showed last year, with the Cole Hamels deal, they have the boldness to execute a major trade. Will they pull off another blockbuster this season?

At the moment there are no true aces clearly available on the market. The names Chris Sale, Chris Archer and Sonny Gray have floated around in rumors, but all are said to not truly be attainable. It is possible that the Rangers, with their crop of major league prospects, can convince teams to be more flexible. However, Texas may not be willing to part with Joey Gallo now that Prince Fielder is out for the season. Nomar Mazara and Jurickson Profar may also be off the market considering that they are already helping the major league team in its playoff push.

If the Rangers are indeed unwilling to move those three players then another Hamels-type deal is not in the cards. However even in that case, their farm system is so deep that they could outbid most teams for second tier pitching. They could also go in a different direction and join in the Jonathan Lucroy sweepstakes. The Rangers will be active at the deadline. The intrigue is in seeing just how active they will be.

With so much young talent already on the major league squad, it’s hard to believe the Astros still have talent in the minors. Yet Houston’s farm system remains one of the strongest in baseball. This allows the team the flexibility to aggressively go after major trade chips.

As of now it does not look like Houston will do much to rock the boat. After a slow start the team has taken off and is now back in both the wild card and divisional race. Their line up has no glaring holes (especially with the call up of Alex Bregman) and neither does their rotation. Their one weakness is the bullpen. Expect them to add on there. With a plethora of relief choices and a stacked system to deal from the possibilities are limitless.

The Mariners are in an interesting position. They are not out of the playoff hunt, but they aren’t exactly in it either. The teams core (Robinson Cano, Felix Hernandez, Kyle Seager & Nelson Cruz)  are veterans locked into long term deals. If the Mariners are going to win with this generation of players, they know their time is limited. Still, buying for this season may be counterproductive considering their limited playoff chances. Their trade options are also impacted by a weak farm system.

In truth, Seattle’s trade deadline has probably already been decided for them. The vast majority of their team is locked in for next season, whether by contract or need. Expect them to work on improving their team in the off season and sitting out this trade deadline.

No team is more predictable than the Oakland Athletics. Each off season they sign short-term veterans to mix with their young talent in hopes of a playoff push. If it is clear that the post season is not in the cards by the time of the trade deadline, the team makes these veterans available for prospects. This season is no exception.

Pending free agents Josh Reddick, Rich Hill and  Marc Rzepczynski are all almost certain to be dealt. Due to a weak class of starting pitchers on the market, veteran Rich Hill is attracting a lot of attention which is perfect for Oakland. Expect the A’s to also see what the temperature is for arbitration eligible players like  Danny Valencia and Khris Davis. In these cases the A’s have more leverage and will ask potential buyers to bid accordingly. No player in Oakland is untouchable. With that said, they are not inclined to deal a younger affordable player like Marcus Semien. Sonny Gray also seems unlikely to be moved, if only because his off year has decreased his trade value. If he returns to form next season expect his name to be mentioned again next July. It’s just the way of life for this small market team.

Primary Need- Everything but CF

2002 is far far away. Hard times have hit the Angels and their is little reason to be optimistic about their near future. Although the Los Angeles upper management rejects the idea of rebuilding–they clearly enter the trade deadline as sellers. The only question is do they have anything to sell?

Injuries and ineffectiveness has decimated their team and their trade possibilities. The one player certain to be on the move is Joe Smith. They will likely kick the tires on the value of Matt Shoemaker, while receiving calls on Kole Calhoun and Hector Santiago. The problem for the organization is this: the same players that they are looking to deal are the same players who give them some optimism for the near future. Mike Trout is great, but he can’t do it on his own.