You are here: Home / Football / Atlanta Falcons To Be Featured on HBO’s “Hard Knocks” 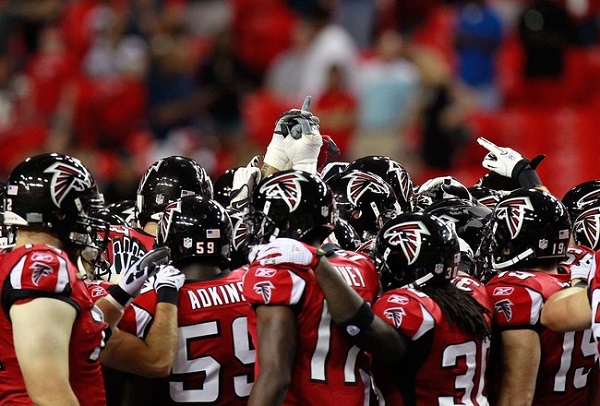 The Atlanta Falcons will appear in the spotlight after a disappointing 4-12 2013 campaign which was a season derailed by a myriad of injuries. The Falcons’ training camp practices will be featured on HBO’s hit series Hard Knocks and will give NFL fans an inside look into some of Atlanta’s superstars such as QB Matt Ryan, WRs Julio Jones and Roddy White. Jones will be limited in training camp but is expected to make a Week 1 return for Atlanta.

The Falcons’ defense will also be able to showcase its’ diverse talent after recently losing linebacker and defensive captain Sean Weatherspoon to a ruptured Achilles tendon. Among the linebackers ready to step up for Atlanta are Paul Worillow and Joplo Bartu. . The Falcons drafted four linebackers in the draft so that they can be well prepared and equipped to deal with these kind of injuries. The linebackers drafted were OLB Prince Shembo from Notre Dame, ILB Marquis Spruill from Syracuse, LB Yawin Smallwood from Connecticut and OLB Tyler Starr from North Dakota.

The Falcons lost Pro Bowl TE and future Hall of Famer Tony Gonzalez to retirement but it gives WR Harry Douglas, Drew Davis and newly acquired WR/KR Devin Hester a chance to shine. Douglas has always been a third option at WR for Atlanta since getting drafted by the team in 2008. Davis scored two touchdowns after Julio Jones went down for the season. Hester didn’t pan out to be the WR the Bears expected him to be in Chicago but Atlanta will most likely use Hester at his normal KR/PR position that he’s been known for due to the depth at WR.

Being a healthy team, the Falcons are now considered as contenders for the Super Bowl. In the 2012 season, Atlanta was one game shy of playing in the Super Bowl but fell short to the San Francisco 49’ers in the NFC Championship game. Ryan passed for 4,515 yards and 26 touchdowns last season but was intercepted 17 times. The return of Julio Jones will most likely reduce his INTs and help improve his accuracy. Ryan also has Pro Bowl receiver White on the other side of his receiving core to help the Falcons get into the end zone at will.

The Atlanta Falcons should be one of the better teams in the NFC. With the exposure they will receive from Hard Knocks, Atlanta will give the NFL a glimpse of what they hope is truly a championship caliber team. Teams such as the 49ers, Packers and the defending champion Seattle Seahawks are in their way. But with their dynamic offense and developing defense, the team will look to prove critics wrong showing that they can go deep in the playoffs living up to the high expectations that are placed on them season after season.