You are here: Home / Basketball / Autopsy Report: The Houston Rockets 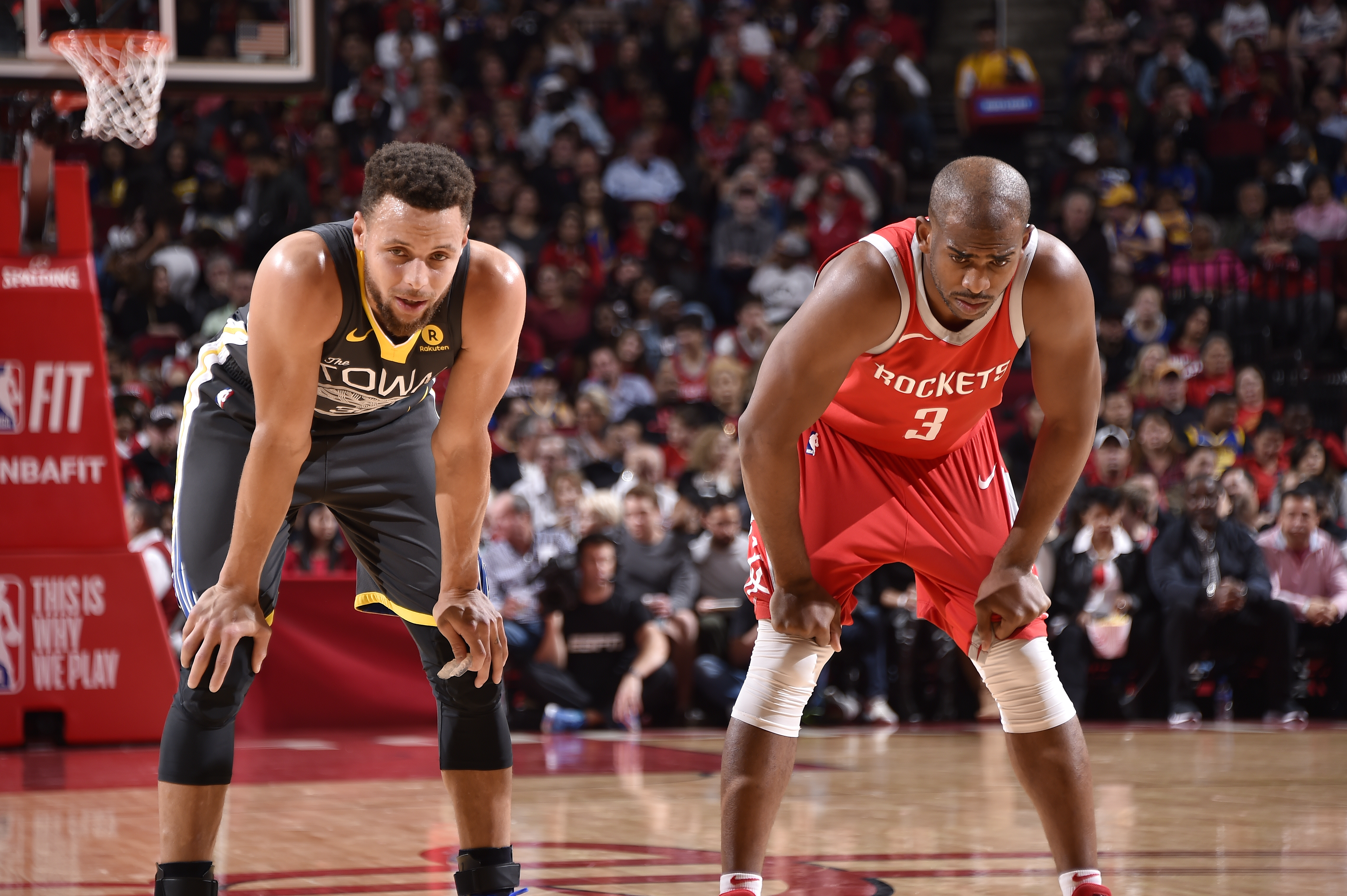 The Houston Rockets had more than their fair share of plot armor ahead of Game 6 of the Western Conference Semi-Finals. DeMarcus Cousins was sidelined, Kevin Durant was injured, and Steph Curry and Klay Thompson had yet to erupt for from 3.

Two of those story devices held steady last night—neither Cousins nor Durant were present for the Rockets defeat. Rather, it was the combined efforts of Curry and Thompson that eliminated Houston from title contention.

For just the third time in these playoffs Curry notched at least 30 points—33 to be exact. A third of those buckets came from the free throw line, where he netted a perfect 11-for-11. And Thompson, who failed to make a single trip to the charity stripe, made up for his lack of free throws by hitting 7-for-13 from 3-point land.

Though the game was competitive for its duration—both squads committed exactly 17 turnovers, recorded exactly 50 rebounds and swiped exactly nine steals—the Warriors held the advantage when it mattered most. Of those 17 turnovers, Golden State committed just one in the final frame to Houston’s five.

Once again Houston faces the sting of defeat at the hands of the Warriors. After a humiliating exit in the Western Finals last season the Rockets had every chance to be on equal footing with their Western Conference nemesis this year. But they still fell short.

But this year, something more embarrassing than missing 27 consecutive 3s happened: The Rockets’ Game 6 loss was followed by an unfortunate dose of post-mortem rationalization.

Tilman Fertitta, owner of the Houston Rockets, made clear in his post-game interview to congratulate the Warriors on their victory, but not without a heavy dose of unwarranted optimism.

There are more than a few reasons why promising a title immediately after losing in the Playoffs is a bad look. As a matter of fact, promising anything in the NBA is treated as a criminal offense (see the Los Angeles Lakers, Kyrie Irving and Anthony Davis for applicable case studies).

While Olajuwon is a decent parallel to Harden, the chances of winning a title in the foreseeable future are disrupted by a challenging salary schedule. The Rockets will be paying Harden and Chris Paul major cash through 2022.

Even if Harden maintains his current scoring output for the next three seasons, finding a responsible way to play Paul, who will be 38 and making $44 million when his current deal runs its course, presents a challenge greater than either of the Olajuwon Rockets faced.

What’s worse is that head coach Mike D’Antoni is willing to keep the team’s core together, despite the prevalence of age-related deterrents. “Our core is still young, & Daryl (Morey) will do a great job putting in other pieces,” said D’Antoni is his post-game presser. “There’s no time limit right now. It’s not like we can’t do it next year. Yeah, we can. But hopefully, we’ll learn from this and do a little bit better job.”

With $120 million already on the books for next season and a projected $109 million salary cap, the Rockets are in a rut. General manager Daryl Morey must upgrade the roster—the current rockets couldn’t dethrone a Durant-less, Cousins-less Warriors, so something has to give—in the face of a likely immovable Paul contract.

Then there is Capela, who earned his payout through his emphatic play in the 2017-18 season and failed to replicate his offensive or defensive success this year. Like Rudy Gobert, Capela occupies a team-specific niche in the NBA. Rim-running and defensive minded centers are hard to come by in the league and equally harder to employ (see DeAndre Jordan on the Dallas Mavericks for an apt analogy). As teams demand more playmaking from centers beyond the occasional alley-oop, Morey will be hard-pressed to re-imagine the Rockets into anything that can net him and Harden a title.

The lone saving grace for Houston is the potential demise of the Warriors. With Durant potentially on the run this summer, they odds have increased that they could be bounced in the playoffs next season (just not by Houston).

Next season foretells a new power balance in the Western Conference, but without a major redesign, the Rockets will be on the outside looking in.