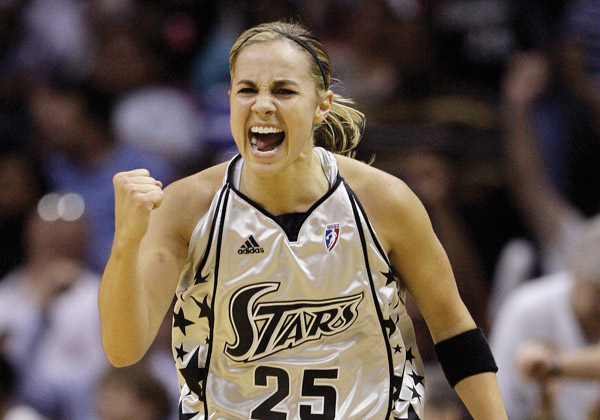 The San Antonio Spurs hired WNBA legend and San Antonio Silver Star Becky Hammon as an assistant coach. This move now sets the NBA up for a diverse coaching environment. Sarah Thomas became the first female referee this past NFL season and its great to see the NBA allowing women to have an involvement in their sport on a coaching level. Hammon knows the game and how fundamental basketball should be played which happens to coincide with the San Antonio culture.

Hammon’s signing with the Spurs should make NBA GMs and owners open their eyes up to new management and coaches that can consist of females. Women have played the game of basketball just like men and should be able to take players under their wings and instill new skills in them. Hammon landed in the right spot in the NBA because her basketball IQ is going to increase tremendously now that she’s going to be taught and mentored by Greg Popovich. She will have a lot of talent to work and the Spurs still have young guys they need to develop like Tiago Splitter and NBA Finals MVP, Kawhi Leonard.

I applaud this signing by the Spurs as it now opens doors and opportunities for women who want to be involved in sports outside from playing them. Becky Hammon coaching in the NBA may very well indeed become a domino effect for women being hired as coaches in college sports, the NFL, NBA and even the NHL.