You are here: Home / Football / Best Rookie Quarterbacks for Your 2017 Fantasy Draft 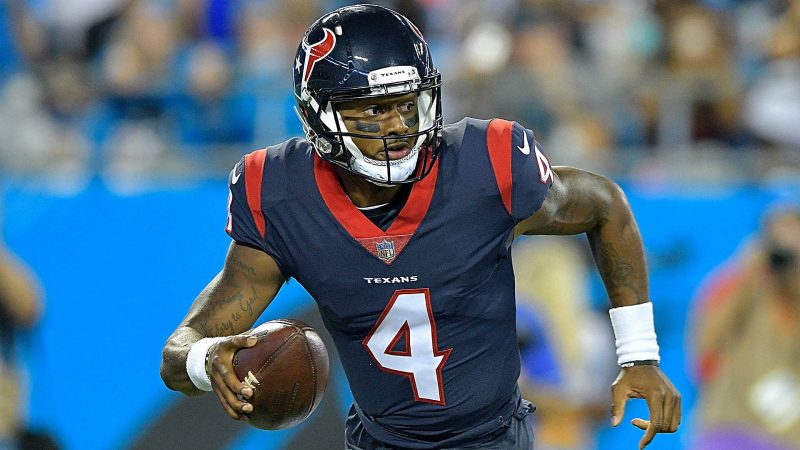 Fantasy football drafters are always hoping to cash in on the best available rookie quarterback. It could mean the difference between having an incredible backup and a potential blockbuster.  You can check out individual daily drafts at DRAFT to get a jump start on your competition.

Not every great quarterback starts as a rookie. It took a while for players like Aaron Rodgers to get their opportunity. Andrew Luck, on the other hand, shined out of the gates with 23 touchdown passes and 4,374 yards in 2012.

Fantasy football fans are well aware of what Dak Prescott accomplished during his rookie campaign. Cam Newton was another memorable rookie in 2011 that performed well above expectations.

Here is an outlook for rookie quarterbacks to keep on your radar.

DeShone Kizer-Cleveland Browns
Kizer might get the nod early because he has earned the starting role with the Cleveland Browns. He could be playing from behind in many contests. This means the former Notre Dame standout could be passing for significant yardage. His preseason numbers haven’t been overwhelming. Still, Kizer is a starting quarterback who can put up fantasy points now. In a keeper league, he might not be worth the long term value several other rookies could project out as. Kizer should still be drafted as a backup if at all. In deep leagues, he could very well be worth a flyer. You can probably take him in your last pick.

Deshaun Watson-Houston Texans
The former Clemson Tiger has all the tools to be an incredible quarterback in the NFL. The only issue is Houston isn’t ready to unleash the beast quite yet into the league. Tom Savage looks like the initial 2017 starter. Until Watson gets the nod, his fantasy value isn’t worth much. This is true particularly in non-keeper leagues. In a keeper league, Watson has way more value because of his potential to become the starter within the next 2-3 months. A few slips by Savage in the early going could lead to Watson entering the game. His draft stock might be low for now but expect his name to surface very quickly on the waiver wires with his passing and running potential. Watson might go earlier in keeper leagues(10th round). He might, however, be available in your last few picks. You might want to handcuff him with Savage if you only have one other quarterback on the roster.

Mitch Trubisky-Chicago Bears
Trubisky has looked the part of an NFL starter in the preseason for the Bears. The only issue is Chicago paid a fortune to bring Mike Glennon in to be their 2017 starter. Is it worth throwing Trubisky into the fire early in the season? That’s a question the Bears will face often if Glennon stumbles in the early going. For now, Glennon is the starter and the former North Carolina quarterback Trubisky will ride the pine. Trubisky won’t have an incredible receiving group to work with even if he does get into the mix. His stock should be lower than that of Watson. His potential might be greater if the Bears eventually surround him with play makers. You might want to take Glennon with him but Trubisky is more of a long term play and probably should be drafted alone.