You are here: Home / Football / Black Monday: The Day The Dream Died For 5 NFL Head Coaches… 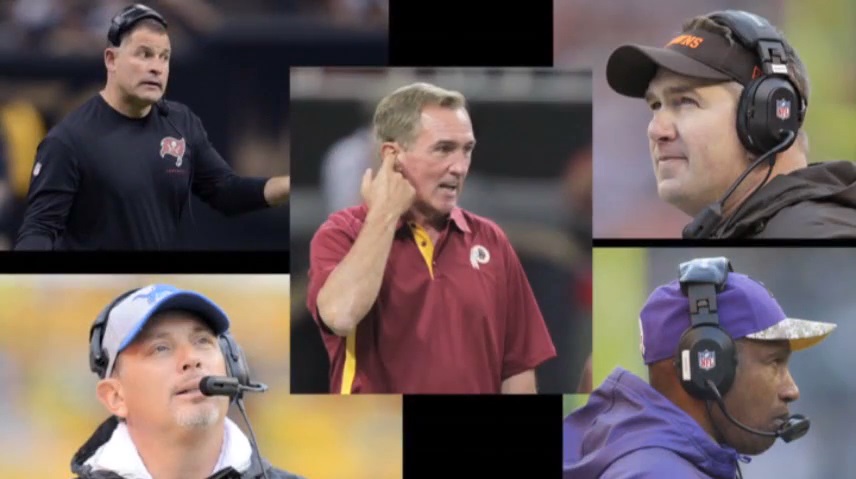 Yesterday was the first Monday after the end of the NFL regular season, and a bunch of teams wasted very little time moving on from their current head coaches. Five teams to be exact have decided that the coaches they had were not cutting the mustard, so they joined the Texans in the hunt for a new head coach (Texans coach Gary Kubiak was fired last month and had been replaced by Wade Phillips on an interim base for the rest of this season). But the crazy part about all this is that a few other teams (most notably the Jets, Cowboys, Jags, Falcons and Raiders) have either decided to stand pat with the guy they have already or haven’t fired the coach yet… so more bloodshed is possible before the start of next season. For now lets take a look at the 5 firings that did take place and the fallout from each decision. 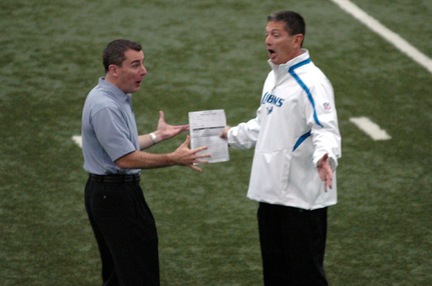 It has been five years in the making, but Schwartz did have his work cut out for him when he took over the 0-16 Lions after the 2008 season. He proceeded to have four losing seasons out of five and in his one winning season he made the playoffs where his Lions were promptly dismissed (in 2011). From Day one Schwartz coached  like someone with a chip on his shoulder, and constantly made a spectacle of himself on the sidelines and during press conferences. The ownership gave him plenty of talent on both sides of the ball (I can’t think of a team that has so many impact players on both sides of the ball, I really can’t) and Schwartz continued to squander it. This year’s failures (losing 6 of their last 7 games and failing to win a division in which their main competition lost their QBs for extended periods of time) were just to much to take. He obviously wasn’t getting through to his insanely talented roster, so management decided to find someone new to fill the gig. This will be a very sought after position in the off season. 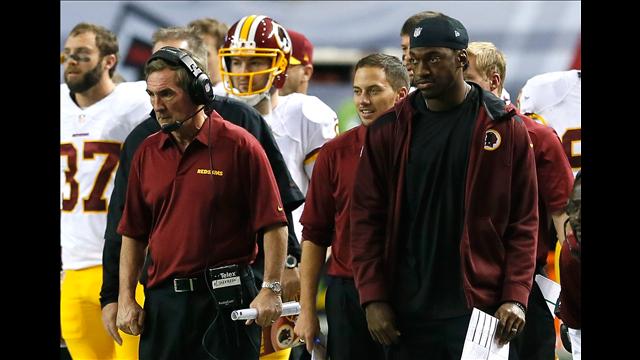 Oh Mikey baby.. where did it all go wrong? You have a owner willing to spend above and beyond to bring you the best free agents available, you stole a top flight QB in the draft when you had a talented team to help him, and you also hit the lotto in the same draft with a stud RB in Alfred Morris. But Shanny’s tenure only hailed one trip to the post-season, and his other three seasons all ended with 10 losses or more. While the early turmoil can be forgiven as growing pains and installing a new system, expectations for this season were very high… coming off the playoff run and playing in the relatively weak NFC East.  Added weapons like Pierre Garcon were supposed to help improve a playoff team, not degenerate them into the laughing stock they have become. 3-13… c’mon man! They are too talented to stink this bad, and a lot of that can be traced back to Shanhan’s resentment towards RGIII and his relationship with owner Daniel Snyder. The dynamic was not working in Washington so Snyder will eat the 7 million he owes Shanny and move on… 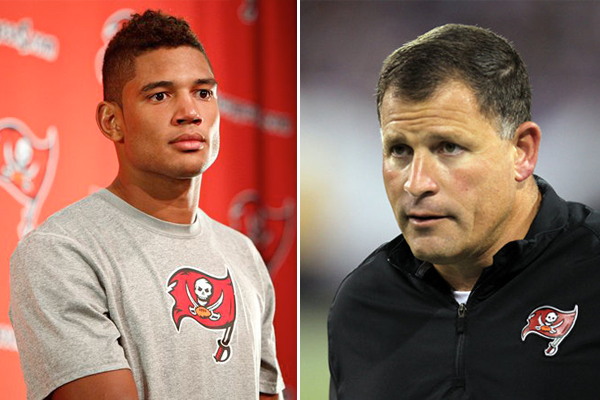 Schiano never really had a fair shot… but then again, who ever does get a fair shot in Tampa? Tony Dungy was run off despite being the winningest coach in team history. Jon Gruden was let go after the first year of a four year contract extension and a Super Bowl victory. Raheem Morris got sandbagged after three rebuilding seasons in the post Monte Kiffin era… and it would seem his replacement Schiano had a very short leash as well. Schiano was fired after two seasons, and frankly I am torn down the middle on whether it is truly justified. Sure his record says that his teams have been terrible… they have been , no doubt. But they are also in one of the toughest divisions in the NFC and have had a ton of personnel issues, most notably with QB Josh Freeman. After releasing Freeman and breaking in rookie Mike Glennon, the team seemed to play much more competitively and even won a few games. And this was without star HB Doug Martin. They do have some talented players on both sides of the ball (Martin, Vincent Jackson on O, Darrell Revis on D) but Schiano may just be a classic example of the “college coach who couldn’t get it done in the pros.” Whether you think he should be gone or not, a new era is upon us in the Big Sombrero…. 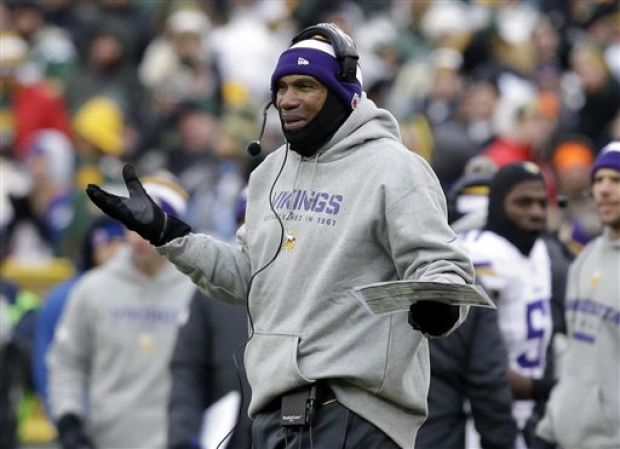 Frazier is the classic “we need a new message” firing. He had a team that often exceeded expectations (see last years 10-6 team that made the playoffs) and has been handicapped by personnel decisions and injuries to stars (trading Harvin, cutting Antoine Winfield for cap reasons, Peterson’s ACL injury, etc) but have never quite gotten over the hump. That probably has something to do with the terrible line of QBs that Frazier has had after Brett Favre retired. Donovan McNabb never panned out, Christian Ponder has been a 1st round bust, and Josh Freeman never gained any traction after a mid-season trade this season (we’ll get back to Freeman in a minute). All in all, the team middled during Frazier’s tenure and a new coach with a new message may get a better performance from a decently talented roster. AP is still one of the best running backs in the NFL so a playoff run is never too far fetched… 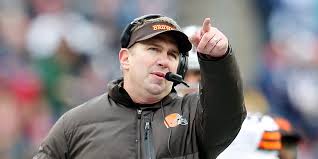 This is the one that surprises me the most of all the firings so far. Sure the Browns had a bad record… but the team traded away their franchise running back in Trent Richardson in Week 3 and never replaced him with a NFL quality back. They started four different QBs due to various injuries during the year and had a pretty solid defense in the final rankings. Chud was handpicked by this front office less than a year ago and the team had shown flashes. Josh Gordon lead the NFL in receiving without consistency at the QB postion, the defense (especially Joe Haden) looked really good at times and Jordan Cameron has shown flashes as a big time TE. With a high pick due to this year’s poor record, a returning Brian Hoyer at QB (who was playing really well before he went down against the Bills with an injury), and and all the talented guys I mentioned above under contract, it seemed like it was a no-brainer to bring back Chudzinkski. But in typical Browns haphazard tradition this will not happen.

1) Gary Kubiak -The Kubiak firing is unfortunate because the team was picked to do really well but the mix of injuries, poor play and the emergence of division rival Indianapolis lead to his demise. I feel like Kube coached up a lot of the guys he had on his roster and will not be unemployed long. You can’t be a pre season Super Bowl fave & then win 2 games and still have a job. 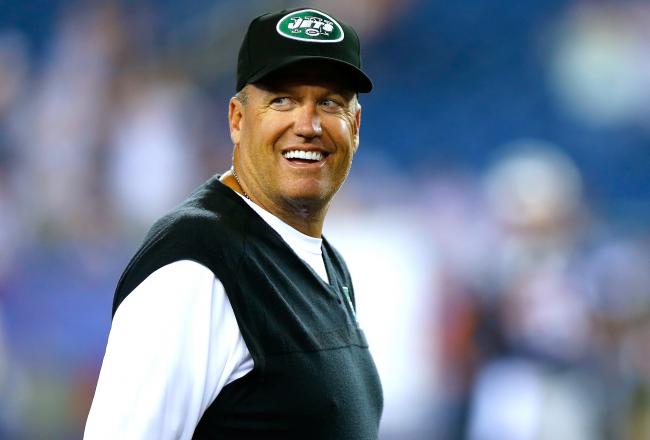 2) A few guys may still get fired. Personally I don’t understand how Mike Smith in Atlanta still has a job after all these years. When his teams won lots of games they fell short in the playoffs and this year the team succumbed to injuries to be one of the worst teams in the NFL. It is time to move on, yet Atlanta is hesitating on pulling the trigger on Smith. The Jags and Raiders are both early in the careers of their two coaches, so maybe they are giving them a little bit of time to see if they can improve. The Jets and Cowboys have both endorsed their guys despite Rex Ryan and Jason Garrett sporting records of 42-38 and 29-27 respectively and both guys missing the playoffs for the third straight year. I am curious to see why these guys keep getting passes from their owners when their teams keep underachieving. Stay tuned, since this coaching carousel is sure to keep spinning throughout the off-season.