You are here: Home / Basketball / Can the Sacramento Kings Compete in the Loaded West? 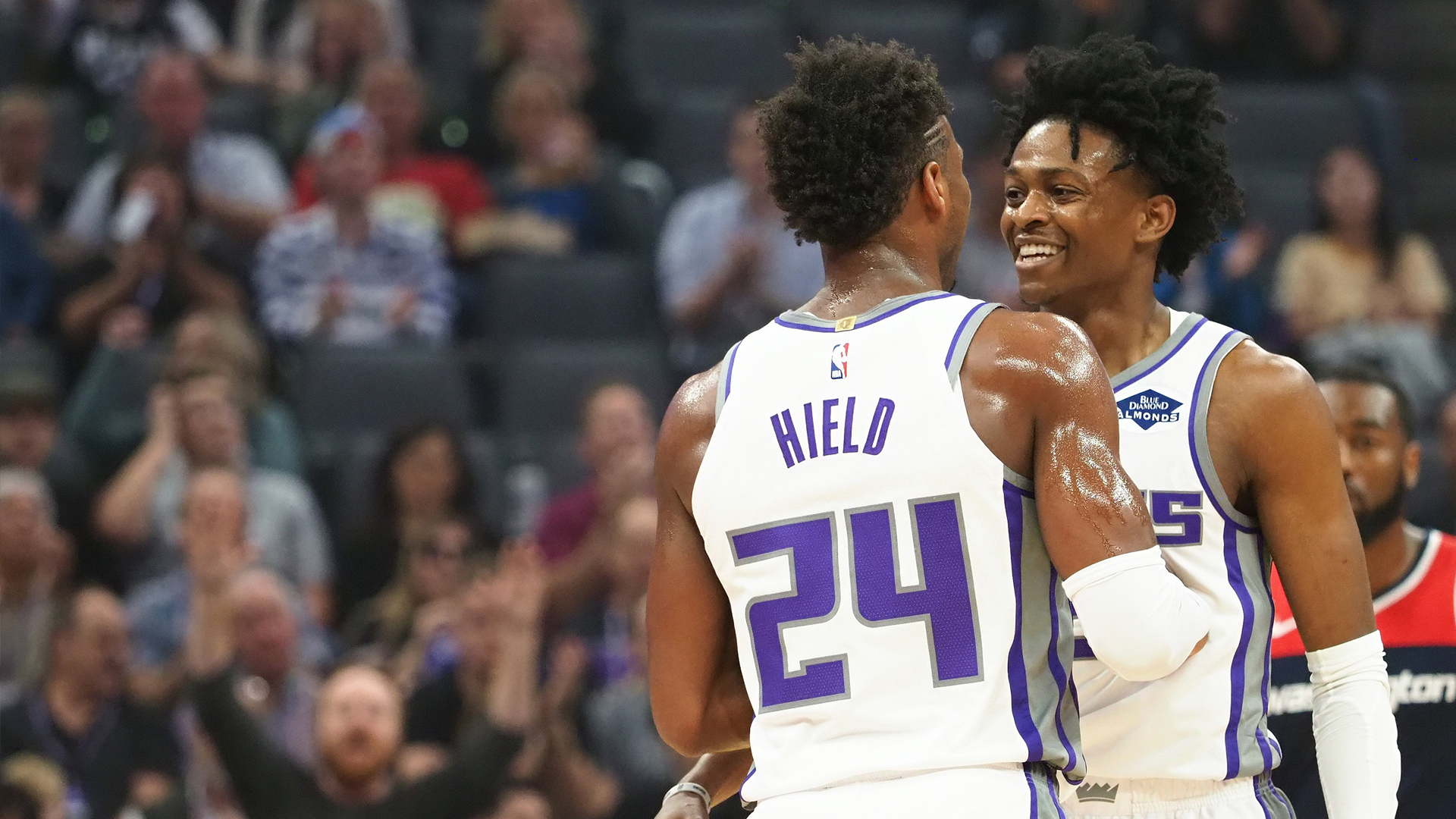 It’s August and the NBA season has finally entered rest mode. The summer fun of signing contracts and jet setting on world tours has come to an end, as fans, players and the media await the back to school rush of training camp in September.

This time every year, the NBA is like Schrodinger’s thought experiment. The US sportsbooks get to have a little fun with the public as every team has limitless potential, while simultaneously existing as a massive train wreck. The Lakers have three all-stars in the aftermath of the Big Three Era, but can they thrive with LeBron James running the point full time at age 34 going on 35? The Celtics unequivocally improved their roster by subtracting Kyrie Irving, but is there enough post-season wisdom to go around after losing Al Horford to the Sixers?

Every team has its lot in the league. A rare few squads have no hope—the Phoenix Suns are perennially awful and barring an infinitely improved Markelle Fultz, the Orlando Magic might struggle to replicate their playoff berth—but most have something to look forward to. League whistleblowers even argue that player movement this summer and the resulting boost to parity have given even the most fringe playoff team a shot at playing past April.

The Eastern Conference will continue its slow rebirth into a competitive bracket and scrappy teams like the Indiana Pacers and Miami Heat are to thank for that. But the West remains a bastion of the elite. The good became great. Houston and both Los Angeles teams emerged as front runners for making the Finals according to FiveThirtyEight, while teams like the Jazz, Nuggets, Blazers and Spurs have only leaned into their respective roadmaps for success.

Where then, does that leave a team like the Sacramento Kings? Through the end 2018, Sacramento was the NBA’s feel-good story. They were, above .500 for what amounted to nearly half of the season. The Kings stopped losing to Cleveland, Chicago and Memphis—teams they were supposed to beat. De’Aaron Fox and friends found something that DeMarcus Cousins and his teammates never earned in his six and a half seasons in Sac Town: basketball autonomy.

Despite the rumblings of West Coast tyranny in LA, and even in the face of a quiet summer, the Kings have the tools to exceed their projected 33-49 record.

The launchpad for Sacramento’s success in 2019-20 is at the head of the bench. Luke Walton was ousted in Los Angeles like a disgraced reality star. Steve Kerr’s coaching prodigy joined Los Angeles as head coach after the tumultuous reign of Byron Scott. (For the record, Scott did exactly what he was supposed to do: be the fall guy. He never stood a chance at being the captain of the Lakers’ post-Kobe rebuild.) And while Walton was ultimately praised by fellow 2003 draftee LeBron James as the team’s voice of reason, the Lakers hired him amidst brewing organizational turmoil, of which Walton became a victim.

Sacramento then, is Walton’s second first chance at leading a team, and everything suggests it’s the right fit. When Walton coached the Warriors for 43 games in 2015-16, he did so with the full support of the organization. This stint with the Kings echoes his free-wheeling Oakland days. Unlike the Lakers, who were prisoners of 2018 free agency and the hunt for LeBron, the Kings have the foundation for future success, akin to the Warriors. Walton will feel at home behind Fox’s engine, which pushes Sacramento’s pace to rival that of Walton’s former Warriors. He’ll be able to build around the 3 with Buddy Hield, Nemanja Bjelica and Bogdan Bogdanovic trading shots, and can coach arguably the best power forward he’s ever had in Marvin Bagley III.

Though the Kings aren’t quite emulating the full reset the Atlanta Hawks had in 2018-19, Walton’s first year will be a refreshing drink of water under the boiling California sun. The lingering regrets and sentimental baggage of the  Cousins and Dave Joerger days are a thing of the past.

Consequently, Walton’s right-hand man, De’Aaron Fox, should be the impetus for the first winning Kings season since 2006. In his third year, Fox will be all the right kinds of cocky. He’s earned near-universal praise as one of the fastest men in the Association, while using his gung-ho antics solely for the propulsion of his teammates.

Often compared to Russell Westbrook, Fox has quickly learned how to impact the game without forcing an astronomical usage rating (23.8 percent). He impacts the game on both sides of the floor—1.6 steals per game and 7.3 assists—without falling into the trap of forcing turnovers (2.8 per game) or playing without a capable jumper (he made 37 percent of his 3s last season).

If the Kings can continue to find success without overworking Fox—he played 2,500 minutes, 500 fewer than Bradley Beal while earning seven more wins—while trusting Walton, the team will have the makings for a competitive year. This NBA season has no guarantees, save for a wealth of Lakers and Clippers games on national television. But Sacramento is as well-equipped as any team to make a run at the playoffs and emerging as a formidable first-round opponent.