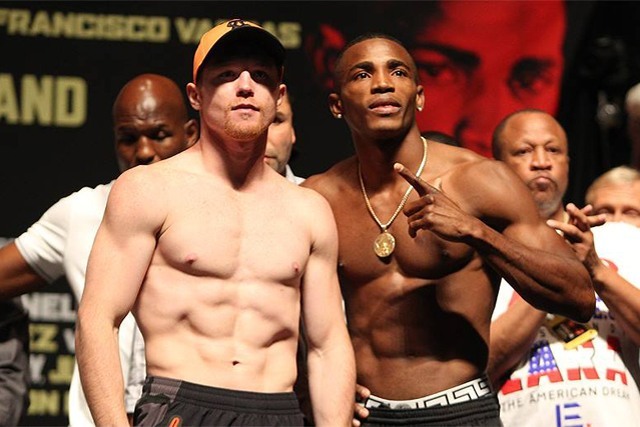 Canelo Alvarez and Erislandy Lara put on a show at the MGM Grand in Las Vegas. Both fighters displayed heart and emotion as each of them only had one loss coming into the highly anticipated match. Alvarez bounced back from his loss against Floyd Mayweather this past September with a win against Alfedo Angulo on March 8th. Lara’s last win came against Austin Trout on December 7th, 2013.

Alvarez and Lara exchanged powerful jabs that tested the resiliency of each other throughout the bout.  The fight went back and forth for 11 rounds but Alvarez turned things up in the 12th and finished strong. Lara landed 10 more total punches but Alvarez had the upper hand in power punches connected. Levi Martinez had a scorecard of 117-111 for Alvarez, Jerry Roth saw the fight as 115-113 for Lara and Dave Moretti had a scorecard of 115-113 for Alvarez. Canelo Alvarez’s will to win was driven by the plethora of Mexican fans cheering for him in the MGM Grand.

Erislandy Lara stated in his post-fight interview that he felt that he won the fight and he wants a rematch as soon as possible. Lara still holds a decent of 19-2 record and should receive other pay-per-view fights in the future due to his impressive and competitive performance against Alvarez.

With regards to Alvarez he was asked about a fight in the near future with Miguel Cotto. His response was that he’s just going to rest, celebrate his birthday in a few days and set up his next fight soon.