You are here: Home / Basketball / Cleveland & Atlanta Battle for #1 Among Talent Disparity in the East 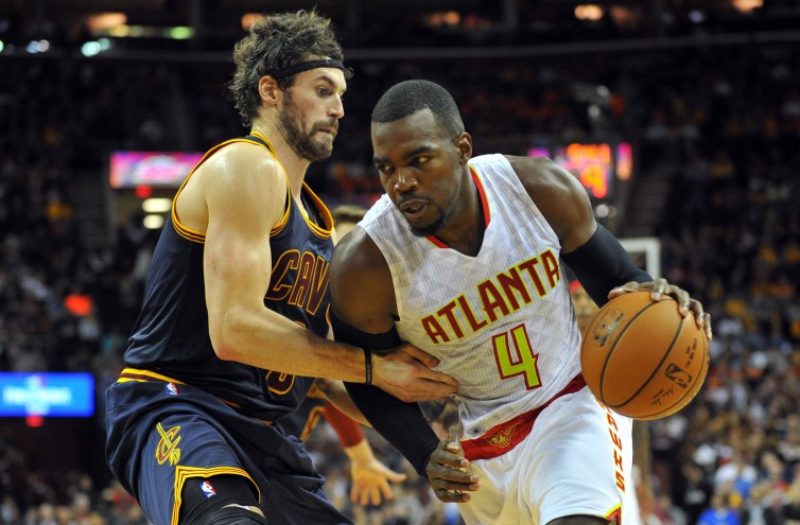 The NBA has a specific system for how to spread the wealth of talent between teams in the league. Their goal is to make it so that one team isn’t far better than another. After all, this league exists for the entertainment of its fans and consistent blowout games are simply no fun to watch. Commissioner Adam Silver even made a comment that Kevin Durant’s move to the Golden State Warriors was bad for the league because there is a very high concentration of superstar level players on that team. On a smaller scale, this problem exists in the Eastern Conference. The Cleveland Cavaliers are a very, very good team and they intend to stay that way as the defending champs. Although the Cavs are the best in the East right now, I believe Atlanta and Toronto can give them give them a run for their money as the season progresses.

Apart from Atlanta & Toronto, there really isn’t much competition for Cleveland in the East this year. Not to worry though, there is still a chance to see some good basketball this season. Right now the top three teams are Cleveland, Atlanta and Toronto. Depending on the day you look at the standings, Cleveland ranks either 1st or 2nd in the East switching off regularly with Atlanta. Coming off last year’s championship, Cleveland has been steadily chugging along at the top and they appear to have a streamlined system for how to win games and play as a team. They’re 12-2 with LeBron James & Kyrie Irving leading the scoring effort at around 24 points per game. Kevin Love and Tristan Thompson are performing well on the boards with 10.8 and 9.9 rebounds per game respectively. All the Cavs need to do is stay healthy and we can count on seeing them in the Eastern Conference Finals.

Atlanta has had all the makings of a great team these last few seasons, but they’ve lacked the alpha personality they need to get the job done. The addition of Dwight Howard to the roster could prove to be just what the doctor ordered to bring all the pieces together. Howard can be a challenge for coaches as he has a very strong personality, but he seems to have struck a great balance with Coach Mike Budenholzer this year. Every team needs a player or two who give them that “fire” or “heart” to win. Whatever you call it, the Hawks seem to have “it” now and they’re playing very well as a unit. The thing that separates Atlanta from Cleveland this year is that instead of relying on two main players to score, they’re moving the ball very well with 4 players averaging double digit points per game and a few more not very far behind. They’re averaging 104 points per game at 47% from field goal range and 33% from three. If they can continue to maintain great ball movement, and improve their shooting accuracy just a bit they will be in great shape to make a run for the Eastern Conference Finals.

Coming in at number 3, Toronto is another team who is performing very well this season. They have had a few more losses than Cleveland & Atlanta, and that can be largely attributed to defensive weakness. DeMar DeRozan and Kyle Lowry have been compared to Splash Brothers Stephen Curry & Klay Thompson, but the one key difference is that Thompson is a much better defender than DeRozan. Offensively, the Raptors are executing very nicely, but they’re allowing an average of 105.3 points per game. If they can improve on D and whittle the number of points they allow their opponent to score to below 100 they will be great shape to make a run for the Eastern Conference Finals.

The talent disparity in the East is still a problem as we continue to see LeBron James dominate his way through season after season with whatever team he plays for. Eastern Conference fans have grown a little frustrated as the excitement of the unknown has faded into expectation of defeat. However, let’s hope we continue to see Atlanta & Toronto play at a high-level through the season to keep us guessing who will be in the Finals this year.