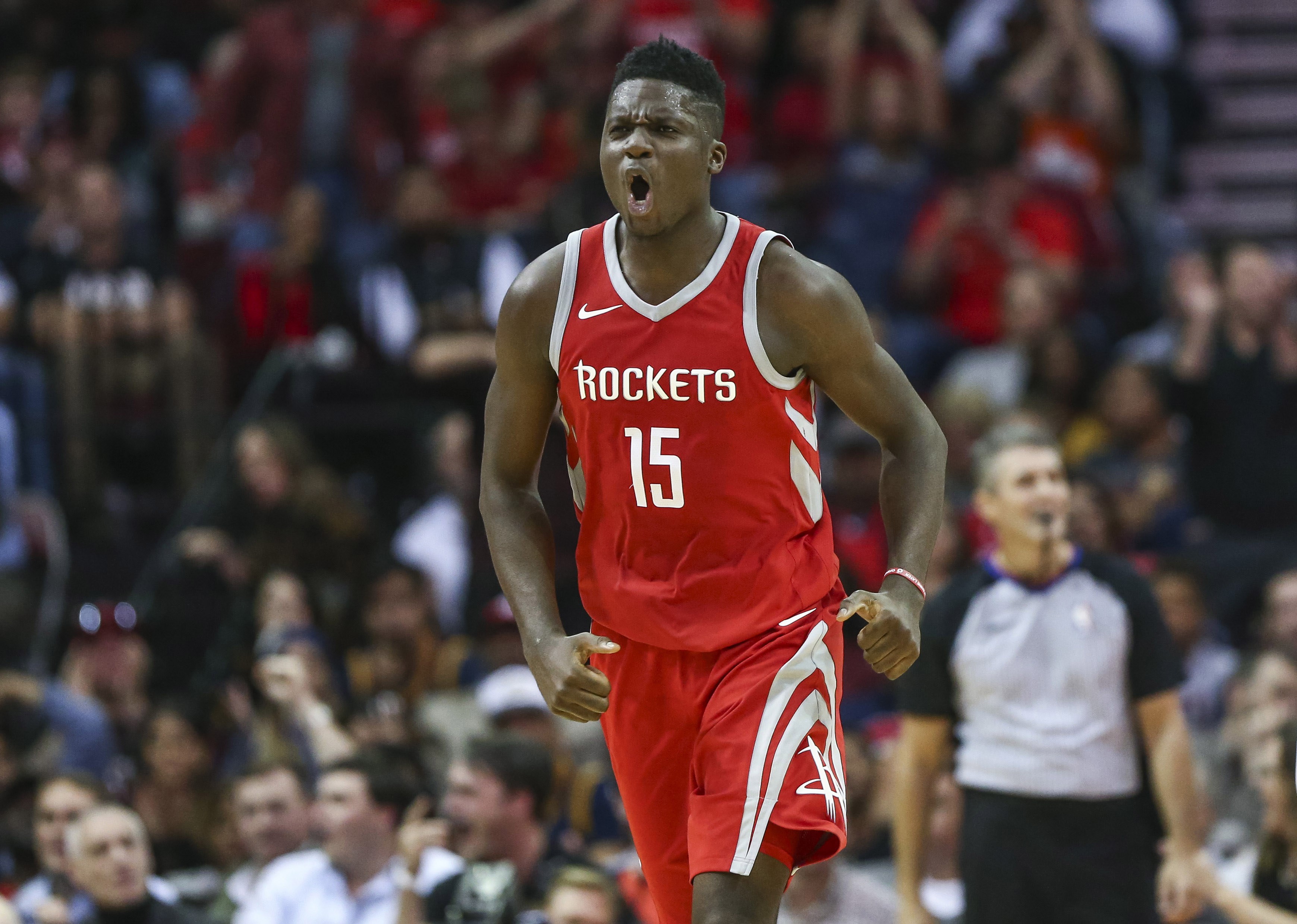 The off-season is a much-needed respite for the NBA’s beleaguered souls. The three or so months between seasons has its own types of stresses, sure, but summertime is a portal between what was, and what’s to come.

In recent years the off-season has given way to some of the most magnificent player turnarounds. Chris Bosh became three-point threat between the 2013 and 2014 campaigns. Most recently, Victor Oladipo morphed into the NBA’s most-improved player and leader of a franchise thought to be headed for the lottery.

This year, plenty of players have gains to make to improve or continue their career trajectory, but few are as interesting as Clint Capela. The Houston Rockets center is slated to be a restricted free agent this July, and teams will be jumping at the chance to airlift him out of Texas. But for every player who needs a laundry list of things to accomplish, Capela is one who might be best served with some simple advice.

Capela stands as a beacon of all the things coaches tell centers to do but to which few commit. His emphatic shot blocking is followed by a full sprint down court, signaling only to where he can catch and finish one of James Harden’s lobs.

His screen setting is among the association’s best. Capela doesn’t level defenders in the same way the torso of Steven Adams does. Rather, Capela’s screens are equal parts brain and brawn, giving his ball-handler the chance to dial in the perfect option. Sometimes that means a roll-lob finisher. Other times it’s a patchwork of dribbles to an open three, possibly with a beefy double screen thrown in for good measure. Both choices are fitting of coach Mike D’Antoni’s game plan which has Capela as the team’s muse.

Capela’s bank account will surely bloom this summer. The rebuilding Phoenix Suns drafted him an offer sheet as recently as last week, and plenty more teams would be remiss not to try the same. As traditional centers fall by the wayside, those with elite skill sets have become national treasures. On any other team, however, Capela might not find the same success. Harden and Chris Paul offer scoring threats inside and beyond the three-point line. Sprinkling shooters around the horn further allows Capela’s talents to show, with most Rockets possessions ending in the type of attempt their offense dictates.

Wherever Capela lands will be hard pressed to harness his skills in the image of the Rockets. Among centers through the regular season, Capela managed just 3,814 touches, a couple thousand fewer than any of Karl-Anthony Towns, Nikola Jokic or Joel Embiid and 17th among all centers. Capela is an anchor without demanding the ball, and an increased workload from his free agency suitors might cause him to regress. Houston has developed Capela into their perfect third option. As is the case in Philadelphia, one team’s “Process” doesn’t equal another teams success. Potential suitors will have to engineer exactly how to use Capela to benefit their system.

Developmentally, Capela can look to Dwight Howard for what not to do when the dollars come calling. An athletic center who led the Orlando Magic to the NBA Finals, Howard fell into the trap of superstardom, making him a seven-foot tall roadblock for win-now teams in Los Angeles, Atlanta and Houston. Capela’s current skill set isn’t quite befitting of superstardom, but on a lesser team and with a huge contract that’s exactly what he’d become. Forcing Capela to create his own shots or lead the team in scoring because of what his salary suggests would detract from that which makes him so effective.

That’s not to say improvement isn’t called for – far from it. Adding a mid-range game as a bailout option is one of a variety of spices Capela can add to his repertoire. But defenses have yet to solve the Capela problem. His game plan each night is extremely specific, but he continues to find ways to be effective. On the off chance Capela lands elsewhere in free agency, playing into what makes him successful in Houston will reap the greatest benefit.