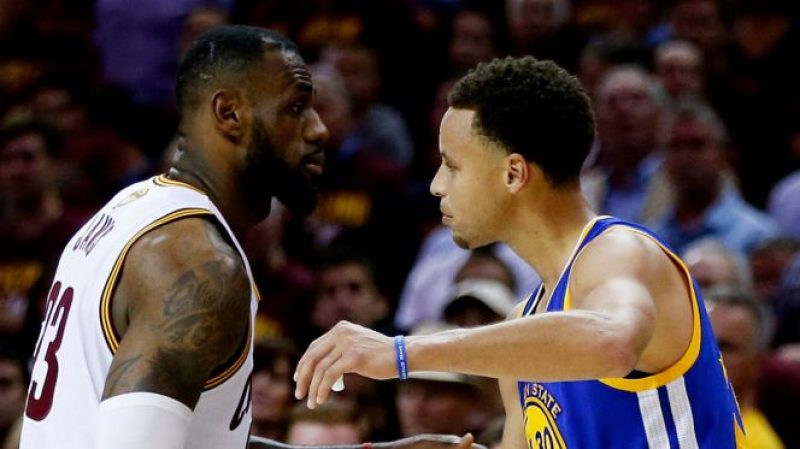 Stephen Curry and LeBron James have become unofficial rivals by virtue of their individual and team success. That battle for supremacy bubbles off the court as both players’ sneaker sponsors (Under Armour and Nike Basketball) are also rivals. Curry gained ground on LeBron in the shoe market in a major way as The Finals rolled around this past summer. But Nike’s overall dominance is pacing LeBron’s pockets nicely despite minor slippage in the head-to-head battle.

As NBA opening night tipped off, both brands released epic new commercials representing their players well in the marketplace. After the disastrous and meme-filled release of the Curry 2 low, Under Armour claps back with the Curry 3 and a brand new mantra they dubbed #MakeThatOld. Check it out:

There’s nothing like self deprecating discussion– but it works. On the flip side Nike paid homage to all the things their guy wasn’t supposed to be able to do and overcome in their spot #ComeOutOfNowhere.

While we are making light of the woe is me underlying theme of both spots we believe they both are pretty good and will resonate with the intended markets. So we ask…which one did you like better?