You are here: Home / Basketball / Dangerously Reloaded: The 2015-16 Miami Heat 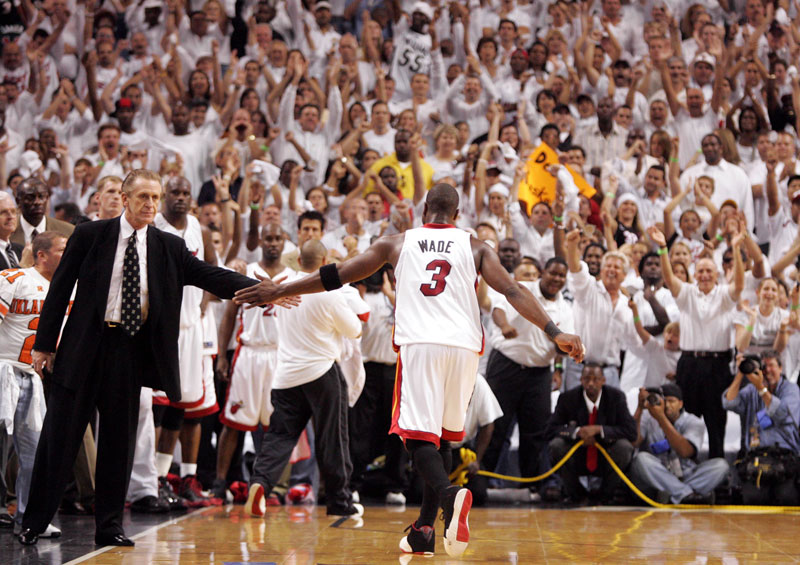 Things could have gone completely awry for the Miami Heat this summer. With roster questions and the perceived need/desire to save a couple bucks the team was headed for changes that would have left them in the NBA’s worst purgatory there is—mediocrity.

At the forefront of the strife was Miami’s hesitation to compensate the only player on all three of their championship teams. The marriage between Miami and “Heat lifer” Dwyane Wade had reached an uncomfortable turbulence. Wade’s role as the sacrificing spouse for the better part of their union had reached its breaking point. He had taken less money (willingly), played through injury, endured criticism for years and it ran his tank to a tired and empty feeling of under appreciation.

When someone in a relationship reaches an epiphany that tells them “hey enough is enough” it’s hard to change that mindset towards the affirmative of wanting to continue under the same circumstances. Something has to give…and in this case it was the money in the wallet of Miami’s owner Mickey Arison directed by the surgical hands of the financial captain Pat Riley. Still, Wade’s heart was firmly planted in Miami but he felt the need to flirt with the idea of leaving to gain the appreciation for his years of sacrifice.

It was actually very well played.

After a little “marriage” counseling with the team’s patriarch Riley things fell into place. An agreement to recognize the team’s iconic figure was reached with a one-year $20 million deal and the parties agreed to reconvene and do the same song and dance again next summer…perhaps for the last time.

Goran Dragic and Luol Deng had already agreed to return although under vastly different circumstances than Wade. But that core along with Chris Bosh and Hassan Whiteside give the proud franchise a team that could compete in an Eastern Conference they have become accustomed to dominating. With crisis temporarily averted, Riley turned his attention to stop-gapping the remaining holes on the roster. 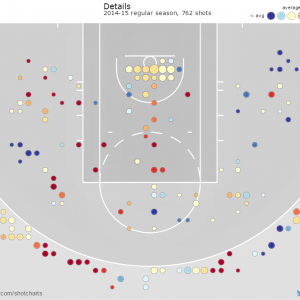 The enigmatic Gerald Green and one-legged but extremely professional Amar’e Stoudemire were inked by Riley to bolster the team’s bench.

Green brings his three-point shooting, high-flying energy and the ability to spell both Wade and Deng at either wing position. While he isn’t quite the defender either veteran ahead of him is, his value lies primarily in his ability to stay healthy and produce offensively. His per 36 minute averages over the last two seasons having him as 20 point per game type player which could be useful given the fact Wade and Deng combined to miss 30 games in 2014-15. (Green’s 35% from beyond the arc can help Heat 24th rating from a season ago)

With Stoudemire the impact isn’t as splashy but it’s still significant. His ability to play pick and pop especially in sets with Wade as the ball handler should prove detrimental to opposing defenses. If his mid-range jumper is effective it will allow the space for Whiteside to continue to develop on the post when they play together. His presence with Bosh on the floor may delight the Heat faithful as it should force Bosh on the block three to five more times or so per game instead of wandering out to the three point line like a lost child.

If you believe in the basketball gods, then the first revelation regarding Miami’s summer of success came in the draft when Justise Winslow “slipped” to the eager arms of Riley at the 10th selection. He’s going to make his way as a defensive slasher type for the first few seasons as he learns the game from Wade who became his instant mentor. The aforementioned addition of Green also lightens the pressure on Winslow to live up to his draft steal status immediately—a factor the ever shrewd Riley probably considered.

Those additions were significant enough both from a cost saving and talent procurement standpoint to convince Riley to shed the undeveloped skills of both Shabazz Napier and Zoran Dragic. Both were moved in separate deals that will save the Heat millions as repeat offenders under salary cap guidelines. Neither player was poised to usher Miami into the future once the Wade/Bosh era concludes but Napier’s case was a semi-curious one.

If Napier was added last year to gain further affection with LeBron James and appease his GM skills then that was a tree that didn’t bear fruit as James traded the year-round warmth of Miami for his more familiar setting in Cleveland. That thinking is almost void of relevance as Napier was arguably the best player available when Miami’s draft selection became available anyway (technically they traded up two spots to acquire him). What’s more telling is that Miami was unafraid to cut bait with Napier regardless of his origin story with the franchise. Clearly Riley wasn’t a believer and didn’t feel the need to be patient in hopes Napier would come around.

With that said, lamenting or wondering about players of their past isn’t the way of Miami’s front office. The focus is always on the now with an eye towards the future. Without smiling faces and hidden agendas the Heat have transformed their team into one of the more intriguing squads going into next season. The team has added much needed depth to an injury-prone roster. Josh McRoberts (remember him) will return from a season-ending injury last year to hit the occasional three, rebound and provide valuable ball movement with his passing. Not to mention the continued growth of Tyler Johnson who looks like a solid reserve combo-guard.

A few more pieces could be moved like Mario Chalmers or Chris Andersen to save another hunk of change but Miami is more or less set for next season. They aren’t championship material yet and health concerns linger in cloud-like form over their beach day hopes next season. However, Miami has persevered, gotten a little lucky and managed their contracts well to make a competitive run in 2015-2016 and beyond. This is a team with a front office and coaching staff that preaches hard work and belief in the process. Their faith and adherence to their culture has the Heat reloaded but more importantly has made them extremely dangerous in the Eastern Conference. 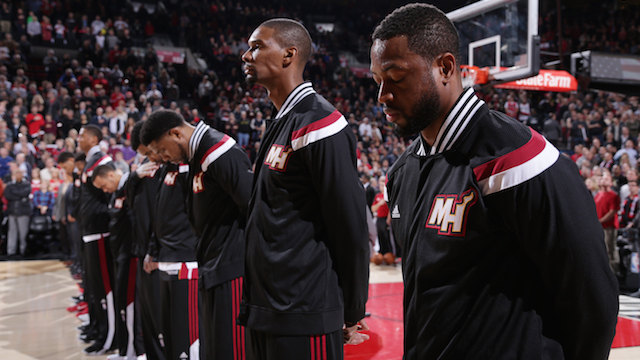