You are here: Home / Basketball / Do fans want the NBA to return more than the NBA itself? 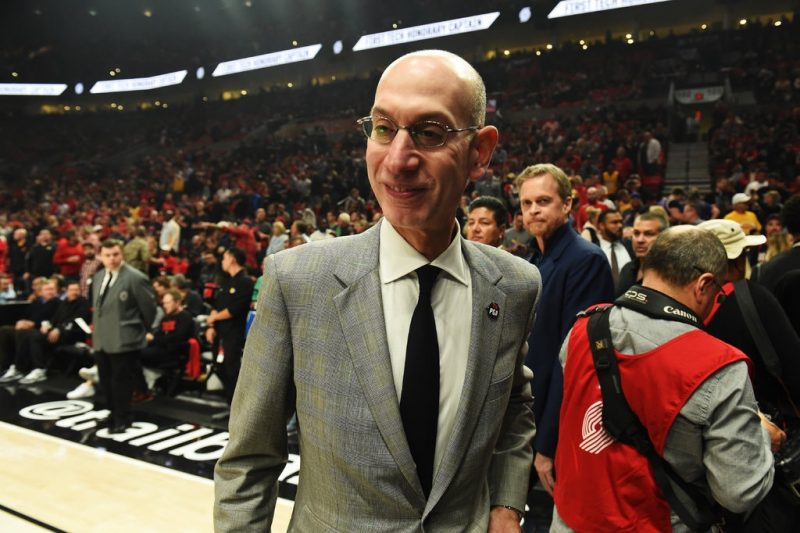 When Rudy Gobert virtually blew up America two months ago, uncertainty reigned supreme.  Yet there was the belief that the NBA betting season would eventually return.  After all, the Association had roughly one billion reasons to return.  Make that $1 billion in lost revenue if they shut down the 2019-20 season.  While NBA executives and players state that they want to come back it’s not happening yet.  Why has the NBA dragged its feet?  Or is it actually doing everything possible to return?  Adding to the mixed messages is the question if they want it as bad as the fans?

The “Wokest” Pro Sports League of Them All

For the NBA to resume, and subsequently allow betters an opportunity to head to their local sportsbook, its leadership needs a more assertive approach. Commissioner Adam Silver is on the opposite side of the coin from Ultimate Fighting Championship President Dana White.  White has aggressively and publicly strived to get his UFC back up and running.  He has always been seen as one who plots, kicks, and screams against all obstacles. White’s defiance is bringing his efforts to fruition.  The UFC will lead American sports back to live-action on May 9.  With more events to quickly follow.

Counter to that is the very measured approach of Silver.  The NBA commissioner has been uber-cautious.  Too much so for many fans and gamblers that want pro basketball back.  This leads to the very culture of the NBA.  While White is a well-known in your face capitalist Silver could not be more understated.  White is an unapologetic supporter and friend of President Donald Trump.  By contrast, Silver has long encouraged his players to speak out on so-called “social justice issues.”  Ironically enough, “social justice” may end up being an injustice to NBA fans at legal betting sites.

First among the NBA priorities is a testing system for players, coaches and staff.  Testing sounds good and responsible for any sport’s ability to reopen.  However, the NBA is terrified of being accused of using test supplies that would otherwise be needed by the public.  Silver and many Association execs are cowering in the woke fetal position over this issue.  Fashion that NASCAR will be running races in the middle of May WITHOUT testing its teams and staff.

Of great concern is the possibility that Silver and company are misreading the public.  Millions of fans and gamblers would gladly support the NBA testing staff if it means games being played.  As protests mount across America it’s becoming evident that the country is ready for normal.  More people are willing to take rationale risks than sit at home.  Further, not all NBA fans are “woke.”  Many of them don’t care about virtue signaling.  Specifically, these people just want basketball!

One of the latest plans on a return is one of the best as Disney World in Orlando, Florida is being vetted as a bubble destination for the league.  Florida has been at the forefront of America returning to normal.  Governor Ron DeSantis has courted other business and sports to come to Florida.  As a matter of fact, White and UFC are staging their return in Jacksonville, Florida.  Much of that was based on the efforts of DeSantis.  Also working in Florida’s favor is that the central and northern parts of the state have not been a “hotspot” for COVID-19.

In comparison to other locations, Disney World could be perfect. It already has the infrastructure thanks to the ESPN Wide World of Sports complex. Lodging would be a cinch as one of the world’s great tourist destinations.  The NBA could run all of its games in the Orlando area quarantined and relatively safe.  Subsequently, there would be virtually continuous games listed with the basketball odds.  Everyone starting with the NBA itself would win.

Will the NBA be Too Safe and Too Sorry?

Increasingly it’s a statistical fact that COVID-19 is not a major threat to the young and healthy.  To illuminate, they face the least amount of fatality risk from the coronavirus.  NBA players epitomize young and healthy.  What are you waiting for, Commissioner Silver?