You are here: Home / Basketball / Does Boston’s draft spell the end for Rajon Rondo? 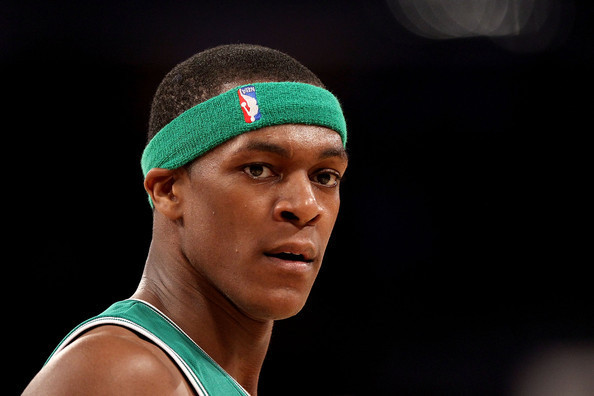 After much speculation, rumors and probably over a 100 phone calls the Boston Celtics actually kept their picks in the 2014 NBA Draft. Much to the chagrin of many fans hoping for a Kevin Love trade or something reminiscent to 2007 when Boston upgraded dramatically on draft night.

Marcus Smart (point guard) from Oklahoma State and James Young (swingman) from the University of Kentucky are the newest members of the green brigade in Boston. The picks make sense for Boston giving them versatile perimeter players that can play an up tempo style that the Celtics seem to be in favor of. But the biggest question that comes out of their draft choices is does this mean that the Celtics will now look to trade Rajon Rondo and employ the full rebuild strategy?

Experts are split on the matter.

David Aldridge from NBA TV thinks the writing is on the wall and that Boston will shop Rondo presumably for a center or further assets. Aldridge is extremely credible and someone who I have an immense amount of respect for in the industry. His assessment may not be completely off base.

But for now Boston is saying all the right things– which includes comments from owner Wyc Grousbeck and head coach Brad Stevens. Both have endorsed Rondo as part of the Celtics’ future and have indicated that they see a backcourt in which Rondo and the newly acquired Smart can succeed.

“We have confidence in Brad that he can manage a roster but we also had confidence that of the top six we were going to take the best available as opposed to trying to slot in. That’s a strategy when you’re rebuilding a team, you take the best available athlete and then you let it all work out. We’ve got an All-Star point guard, so that’s not a question here….I don’t think this has any impact on Rajon at all.”

“They can play together. It will be great for Marcus to have a guy like Rondo to look up to and work from. There aren’t many guys who are going to get that opportunity. I was thrilled he was there at six, because he’s physically ready to play. It’s great for both of them…I talked (with Rondo) about him (Smart) when we were watching the workout. Rondo can play with a lot of different people. It’s like we’ve talked about in the past. It’s great when you can find guys who are tough, versatile defenders.”

The overwhelming theme here is that Smart is too good to not receive quality minutes immediately, but his ability for instant contribution certainly doesn’t mean that he is going to supplant Rondo. Many see Smart’s size (6’3) as a reason why he can’t play alongside Rondo at the two in addition to his pass-first mentality. That said, a small backcourt isn’t like reinventing the wheel in today’s NBA. If you look at the Phoenix Suns you can see a team that started two point guards (Goran Dragic and Eric Bledsoe) with great success. Not to mention that Boston has been starting an undersized backcourt for a few seasons now as the incumbent shooting guard, Avery Bradley, is also only 6’3.

Speaking of Bradley, he is a restricted free agent and his contract demands might be on the pricey side for the rebuilding C’s. If there was anyone that was most affected by Boston’s draft selections it might be him. The addition of Smart and Young give Boston flexibility and leverage against Bradley if he does seek a contract that is not conducive to the suddenly cap-conscience Celtics.

That’s not to say that Bradley will move on to “greener” pastures but I think Rondo is in a safer position than Bradley currently. But with “Trader Danny” as the Boston GM, things are always subject to change. Buckle up Boston, its going to be an interesting summer.