You are here: Home / Baseball / Does Matt Harvey’s Injury Help The Mets’ GM in the Long Run? 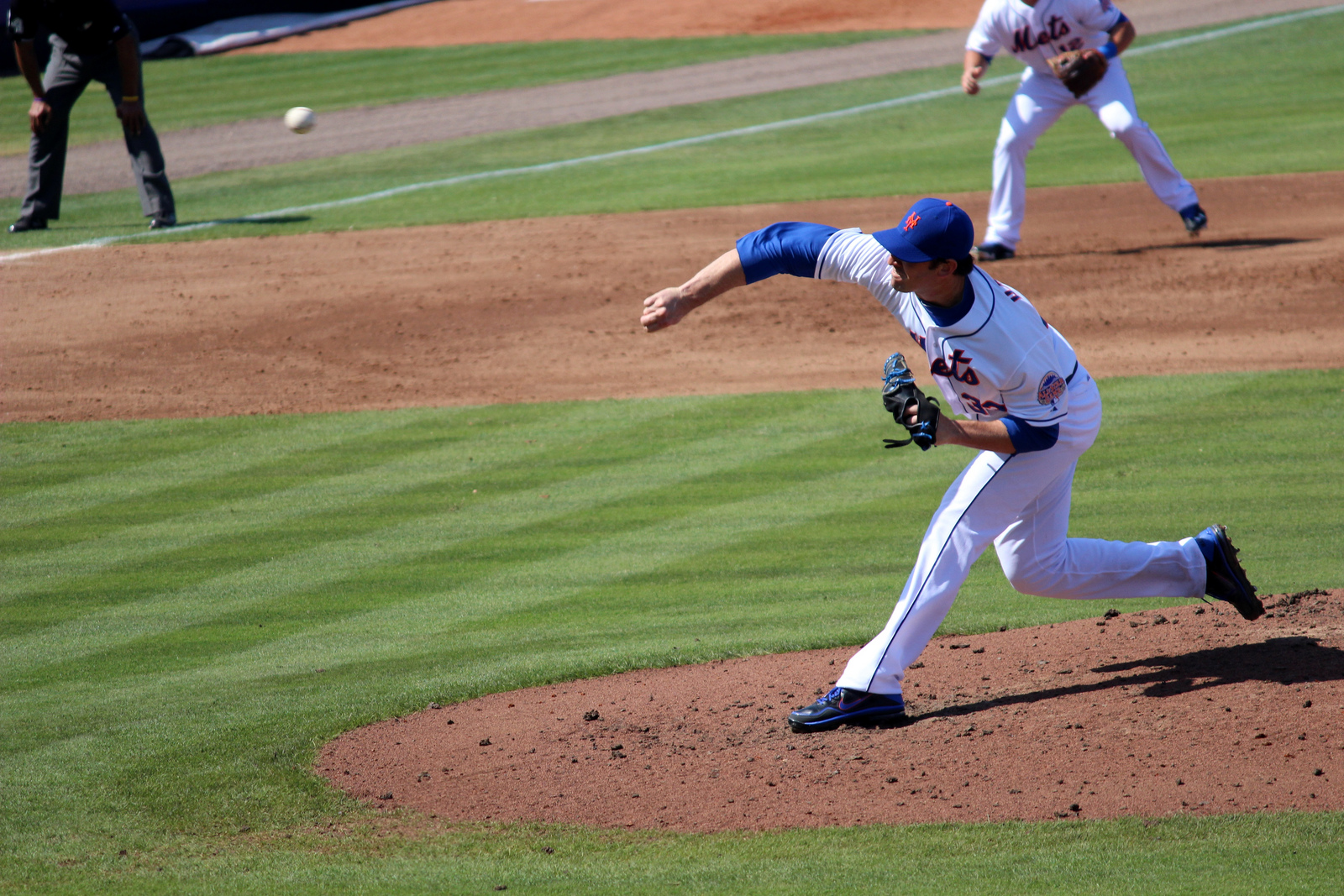 A huge breeze originated from Queens, N.Y. on August 26th 2013. That was the day when the New York Mets announced that Matt Harvey had a partially torn ulnar collateral ligament in his right elbow and Tommy John surgery was likely on his horizon. That afore mentioned breeze? Well that would be the air blowing out of the Mets fans collective sails. But hidden within that vast wind may have been a small sigh of relief from Mets GM Sandy Alderson.

Now I am NOT saying that Mr. Alderson is happy that his young ace is injured. That would be insane. Harvey finished the season with a 9-5 record, 2.27 ERA and 191 strikeouts… something to behold.  He is only 24 years old. He is a general manager’s dream. He’s more than just an ace. He is a true ace. He is a pitcher that you can build a franchise around. Maybe more importantly, he is hope. Hope for the Mets faithful. Hope that there is indeed greatness in the Metropolitan’s future. Moreover, hope that the future is now. But it’s this last bit of hope, where a GM’s dream becomes a bit of a nightmare.

Nothing causes more sleepless nights for a general manager than running a team whose expectations exceed its true talent level. Even running an organization completely bereft of talent is less stressful. Acquiring talent and building franchises is what a GM does. If they have to start from scratch so be it, their goal is still clear. Their job is still the same, they are just starting with lesser tools. However unreasonably high expectations produce a no win situation. It is like taking a picture in bad lighting. No matter how beautiful the reality is, the perception is a little darker and unpleasant. And make no mistake that is exactly what Sandy Alderson was looking at in 2014.

Mets fans were excited, and rightfully so. The Mets’ rotation, led by a healthy Matt Harvey, is a formidable one. Jon Niese came back from the DL in August on fire, while Dillon Gee has transformed from a minor league prospect to a promising major leaguer. If Zach Wheeler continues to progress one could easily argue that the rotation is contender material.  They in fact may be championship material.  For win-starved fans this is a steak dinner. Playoffs, here we come!

Not so fast Met fans.

The other side of the ball is an absolute disaster. Only 3 out of 8 positions are secure. Third base is filled by All Star David Wright and the reliable Daniel Murphy will man second. The only other player with job security is rookie catcher Travis d’Arnaud. While d’Arnaud is projected to be a future All Star, his 2013 MLB audition was less than inspiring. The rest of the team’s positional options are downright frightening. The franchise’s best option at short stop (Rueben Tejada) was demoted mid-season due to bad play and an even worse attitude. First base will likely be filled by Lucas Duda or Ike Davis. Duda has been bad, but Davis has been…well …“badder”. The outfield may be a point of hope for some fans, but in truth it really isn’t. As impressive as slick fielding Juan Lagares has been with his glove, he is not expected to hit well enough to be an everyday player. The same can be said for speedster Eric Young who for years could not get on base enough to hold a starting job in Colorado. The Mets do not even have a right field prospect worth mentioning.

The answer, for most fans, will be obvious. Sign a couple of big bats, make a trade or two and rely on the pitching to carry the Mets to victory. The time is NOW! But it’s unlikely to be as clear cut for the Mets GM. There are simply too many holes to be filled over one off-season. The idea that the Mets can and should compete in 2014 traps the GM into a corner. He is left with two options, and I doubt he’d find either particularly appealing.

This brings us back to Matt Harvey and that injured elbow of his. If he ends up needing Tommy John surgery it is not the end of his career, or the Mets future. The list of pitchers who had TJ surgery and returned to all star status is an impressive one, including: John Smoltz, Adam Wainwright and Stephen Strasburg. But it probably transforms the belief that the “time is now” into the “time is 2015”.

That gives Sandy Alderson extra time to breathe. More importantly, that allows Alderson to take his time and make strategic moves. The Mets will likely be better off for it. Alderson has proven to have an eye for talent, even if he makes moves at a tortoise-like pace. If the Mets are in contention in 2015 it will likely mean that Matt Harvey is healthy. But oddly if they are in contention, Harvey’s injury may have helped propel them there.