You are here: Home / Football / Dolphins suffer first loss to the Saints 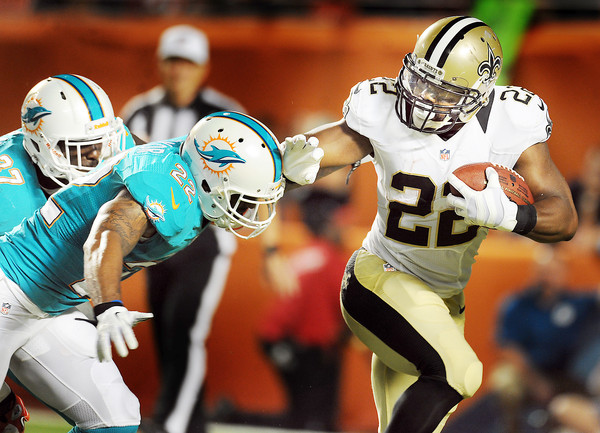 It has been a very long time since the Miami Dolphins started a season 3-0, almost 11 years to be exact. The front office of the Dolphins made serious strides towards building the team on both sides of the ball by acquiring players like Mike Wallace and Dannell Ellerbe, and now the Dolphins have one of the most highly anticipated seasons in a long time.

The Dolphins entered Monday Night Football ready to face a very well established team in the New Orleans Saints. The Saints also coming into the game with a spotless record would have been a true litmus test to the question that many have been asking; Are the Dolphins for real? With a 38-17 loss to the Saints Monday night, it’s still not certain as to whether or not the Dolphins have returned to the elite group in the NFL. Miami had some key injuries coming into the game on defense with Cameron Wake (knee) and Paul Soliai (knee). Soliai, however, was active and able to contribute on defense.

Nonetheless, a quarter of the season is gone and the Dolphins are already playing some good football. If they can remain healthy, they can prove to be serious contenders in the AFC. The Dolphins return home to play the Baltimore Ravens on October 6th. The Ravens will also be looking to bounce back after losing 23-20 to the Bills.