You are here: Home / Basketball / Donald Sterling Withdraws from $1 Billion Lawsuit, Will Agree To Sell Clippers To Steve Ballmer 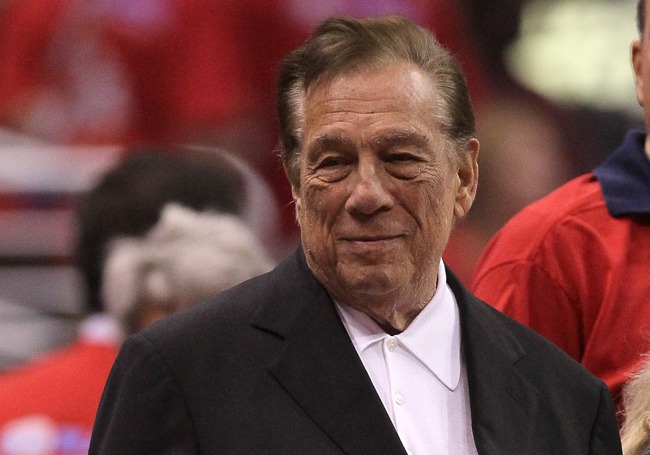 After a month and a half of backlash for his racist remarks in a private phone call with his ex-girlfriend V. Stiviano, Donald Sterling is no longer the owner of the Los Angeles Clippers. The $2 billion bid by Steve Ballmer will be processed and finalized. Notable names such as Earvin “Magic” Johnson approved of Ballmer becoming the new owner and so does Clippers’ all-star point guard Chris Paul.

Donald Sterling’s racist remarks casted a dark cloud over the Clippers throughout the playoffs who eventually lost in six games to the Oklahoma City Thunder in the second round. During the process of Sterling being ousted from his ownership, Clippers players boycotted in numerous forms in the playoffs such as wearing their warm-up uniforms inside-out so that the Clippers logo would not be visibile. Four- time MVP LeBron James chimed in saying “There is no place in the NBA for Donald Sterling.” James allegedly claimed that he would not play next season if Sterling was still the owner of the Clippers.

Over the past month there was a debate on if Donald’s estranged wife, Shelly, should maintain her 50% ownership of the Clippers. Donald and Shelly stated that they would fight until the end but the decision eventually came from Donald insisting that Shelly should maintain her share of the team.

Donald’s $1 billion lawsuit against the NBA was an action that had no chance of bearing fruit in his favor. Sterling violated the NBA’s code of conduct and almost every NBA player and owner took a stand on ousting Sterling from the NBA. A June 3rd hearing was scheduled to determine which owners wanted Sterling excommunicated. After weighing his options following the sale to Ballmer, Sterling finally came to the conclusion that this was a fight that would not be worth it.

Commissioner Adam Silver made the correct decision on banning Sterling for life from the NBA. Donald Sterling’s views have no place in the NBA. The league is one where diversity is embraced with predominantly African-American players.

The Clippers can finally move forward in building a championship team that has progressed each season since Paul and Blake Griffin came to L.A. This controversy has been nothing but negative publicity for the Clippers, but the team has grown strong over the past month and have lived by their new slogan “We Are One.”