You are here: Home / Football / Falcons’ Weatherspoon Out For 2014 Season With Ruptured Achilles Tendon 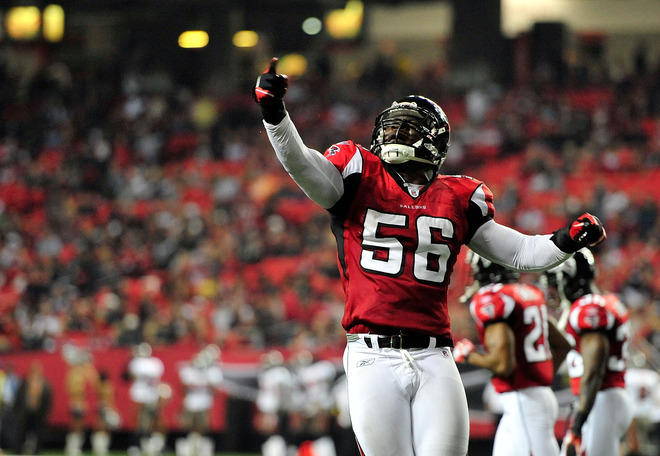 After losing him for the majority of the 2013 season, the Falcons will continue to play without the services of franchise-linebacker Sean Weatherspoon. He tore his Achilles during a workout at the Falcons’ facility in Flowery Branch, Georgia.

Weatherspoon was named captain of the defense in 2012 and took on play-calling duties in the process. He is the third defensive starter in the last year for the Falcons to suffer a torn achilles tendon. The other starters were Kroy Biermann and Corey Peters. These myriad of injuries resulted in a 4-12 season for the Falcons in 2013. Pro-Bowl receiver Julio Jones was among the starters to miss the majority of the season.

The Atlanta Falcons have linebackers on the rise to fill in for Weatherspoon such as Paul Worrilow and Jopolo Bartu. Worillow had 78 tackles and five sacks last season while Jopolo had 85 tackles and three sacks. While the loss of Weatherspoon is a mighty blow, the roster is deep enough to withstand it thanks to guys like Worillow and Bartu.