You are here: Home / Basketball / Fallen Empires: The Celtics and Lakers are in shambles 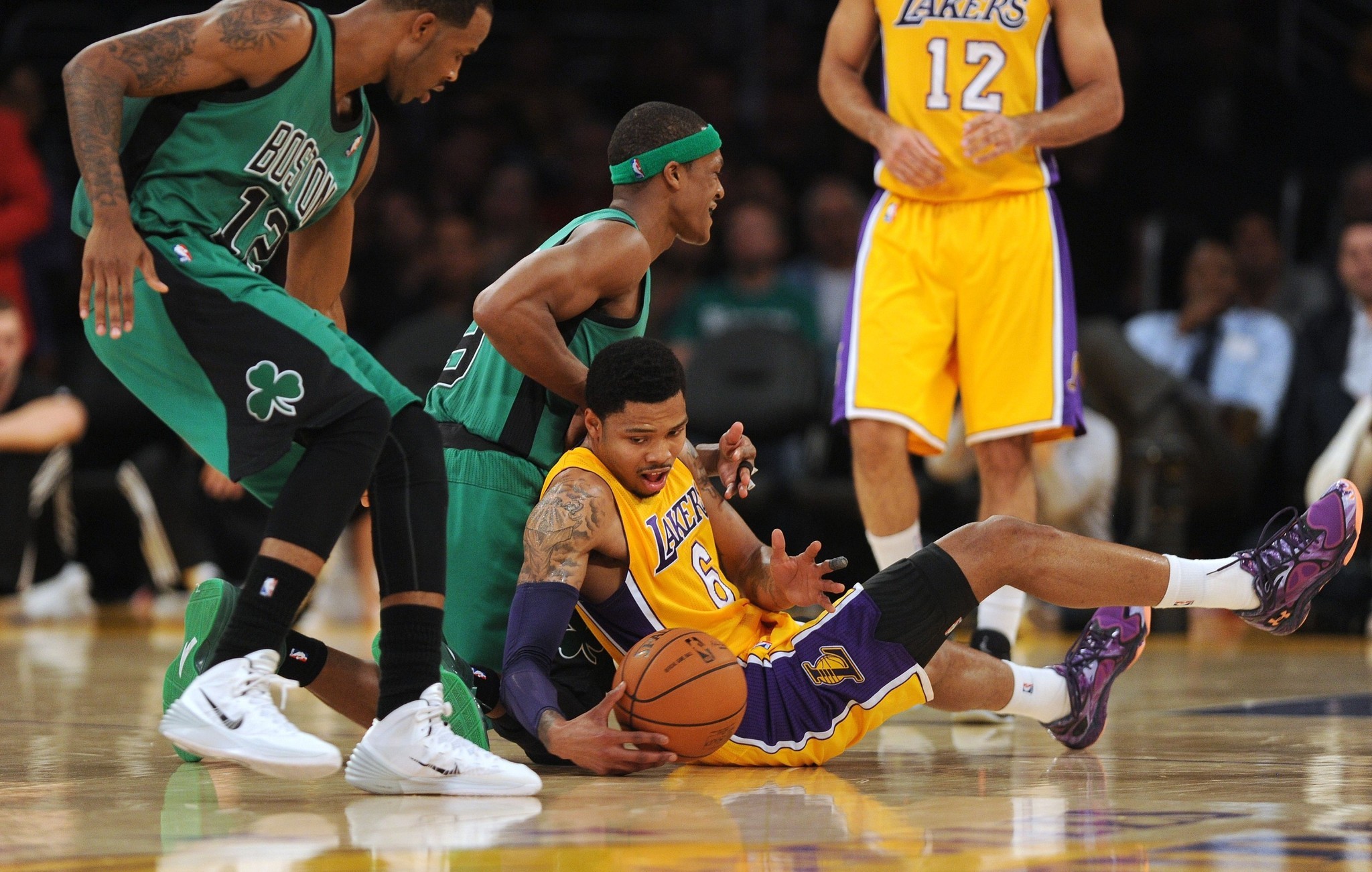 Throughout history the world has had its share of empires.  Empires that have been dominant in their parts of the world for long periods of time–like the Roman Empire for example.  One thing is always certain though, these empires cannot last forever.

Like real life history, the sports world has its share of empires over its’ history as well. And just like the great empires of the past, these traditionally dominant sports franchises fall at some point.  Whether its because leadership fails, resources dwindle or players retire the great times cannot last forever.

A couple of  the traditional and storied NBA empires are seeing that now.

The Los Angeles Lakers and Boston Celtics are in a state that they are not completely used to. These are maybe the two greatest franchises in NBA history, but both are in a state of rebuilding and the moves they make will determine if they can become the great traditional powers that they have been in the past.

Rebuilding an empire starts with leadership.  The Celtics have strong leadership with Danny Ainge and I think Brad Stevens is a good coach who will eventually get things going.

The Lakers however, have no leadership at all.

We have seen countries crumble underneath their leader and the Lakers have crumbled ever since Jim Buss has taken over as owner. Questionable hirings (Mike Brown & Mike D’Antoni)and  letting Dwight Howard escape L.A without compensation are just two of the their latest blunders. It was Buss who said Howard was a lock to return and now the Lakers are in a precarious position.  The Lakers need leadership and Buss has to find the best coach possible to lead this team, if not it may be time to hand the throne over to his sister Jeanie.

Rebuilding also requires resources to regain a level of success.  This includes money and soldiers to go into battle.  The Celtics while not having much cap room do have exceptions to get players to improve the roster.  They are off to a good start after the most recent draft with Marcus Smart and James Young, despite already having Rondo.

The Lakers are a little further off to me. They are trying to make cap space in hopes of signing LeBron James and Carmelo Anthony. They have a slim chance at Anthony but with LeBron they are completely off base. L.A only has three players under contract for this upcoming season and their recent draft pick, Julius Randle, should bring them to a whopping four.  I think the Lakers made a great pick in Randle, but the question remains what kind of talent can they get to help him and Kobe Bryant in the off season.

Overall, I believe that the Celtics are closer to getting back to where they once were.  For one, they actually have a coach unlike the Lakers.  Two, they have a better group of talent than the Lakers.  Between their two draft picks, Rondo ( if they keep him) or the talent they get  for him in a trade; they just seem to be better off currently. Now, if L.A. manages to snag  Anthony all this changes and they can be right back in the playoffs.  That being said, Los Angeles has a lot more work to do to get back in contention.