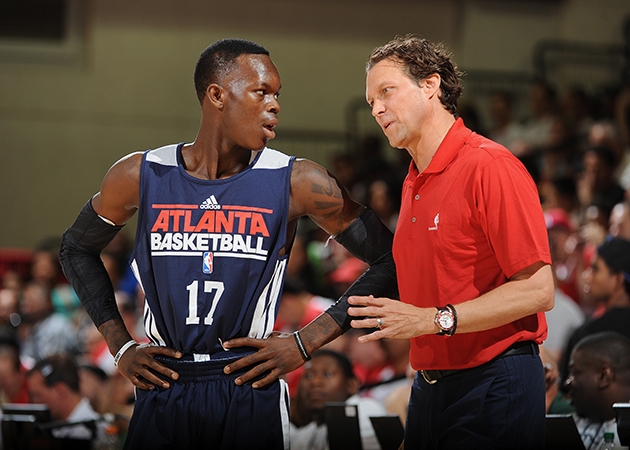 Atlanta Hawks’ assistant coach, Quin Snyder,  has decided to become the new head coach of the Utah Jazz after a one-year stint with Atlanta. Snyder’s last coaching gig was with Missouri from 1999-2006. He also played at Duke from 1985-1989. Snyder was also an assistant coach for one year for both the Los Angeles Clippers and Lakers.

Snyder was mentored this past season by Hawks’ head coach Mike Budenholzer who brought his head coaching scheme from the San Antonio Spurs. Budenholzer was an assistant to current Spurs’ head coach Greg Popovich for 17 seasons. Snyder also helped an Atlanta Hawks team take the first seeded Indiana Pacers to seven games in the first round of this year’s NBA playoffs– all while dealing with a myriad of injuries which included the loss of all-star Al Horford.

Snyder has talent in Utah with former Michigan Naismith player of the year Trey Burke, Gordon Hayward and former Georgia Tech Yellow Jacket Derrick Favors. He will be replacing Tyrone Corbin who was fired after a 25-57 record which was 15th worst in the West and 27th overall in the NBA. The Jazz were also one of the worst road teams in the NBA with a 9-32 record.

The Jazz have the fifth overall pick in the NBA Draft. That pick (if they keep it)  should help Utah build a supporting cast that falls in line with the restructuring of their team.