You are here: Home / Baseball / Game 163: How the Rays & the Rangers Match Up In This Final Game. 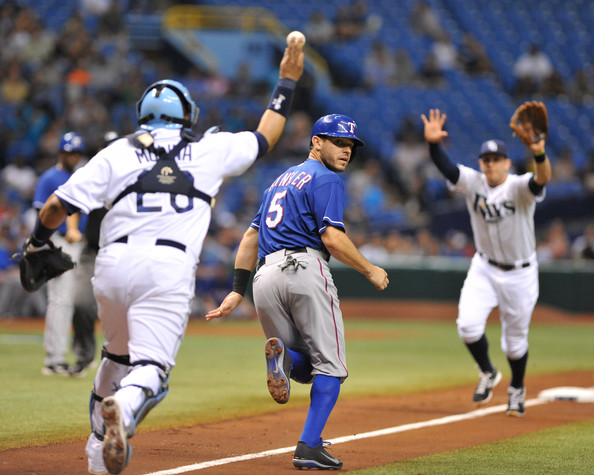 Apparently 162 two wasn’t enough. With wins on Sunday both the Tampa Bay Rays and the Texas Rangers end up with identical 91-71 records forcing a match-up tonight between the two teams. It’s win or go home, as the victor of the game advances to face the Cleveland Indians in the American League Wild Card game on Tuesday. The loser will start their October on vacation and wondering what if?

The pitching matchup looks like an uneven one, at least on the surface, as last year’s Cy Young award winner David Price faces rookie Martin Perez. However numbers show a different story. Price has been anything but dominant versus the Rangers. Amazingly, David Price owns only a 1-4 record against Texas with a 5.98 ERA. Meanwhile Perez has been impressive all season long, holding a 10-5 record with a strong 3.55 ERA. The young lefty has not faced Tampa yet this season.

Both teams come into the game surging. The Rays have won 8 of their last 10 while Texas has won 7 straight. One intriguing factor is the return of outfielder Nelson Cruz for the Texas Rangers. Cruz is coming off of a 50 game suspension due to steroid use. Cruz has been impressive in his career versus Price, albeit in limited action. He has gone 6 for 12 with 2 home runs against the Tampa Bay ace. But it must be questioned if he will be ready for game action after such an extended layoff.

Prediction: This game looks to be a low scoring affair that will be decided by one or two key plays. One would expect the talented Price to be on his “A” game regardless of how shaky his history has been against Texas. On the other side, the Rangers lefty Perez has been a model of consistency. The game will likely come down to the bullpens, where Texas may have tired arms. In the end, I believe that Tampa and manager Joe Maddon will find a way to pull the game out.