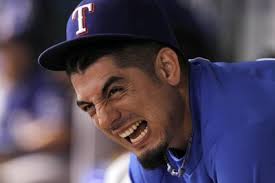 After some will he or won’t he, Matt Garza officially signs on with the Milwaukee Brewers. The contract is said to be for 4-years worth $50 million dollars.

The deal reportedly also includes approximately another $1 million in incentive bonuses per season, as well as a vesting option for a 5th year. Although details of both the incentives and the vesting option have yet to be released, it is relatively safe to assume they are connected to innings totals. The super talented Garza has been sidetracked in each of the last 2 seasons due to injuries. Still, injury concerns aside, the contract seems like an absolute steal for the Brewers.

Going into the baseball off-season there was a great argument to be made that Garza was the top starting pitcher available. Yes, he had questions attached to him. He struggled down the stretch after being traded to Texas. He has a history of being a bit of a hothead. And of course the biggest red flag are those aforementioned injuries. However Garza has spent the last 7 season proving to be as dependable as they come when on the mound. He has not had an ERA over 4.00 since his rookie year, and has slowly decreased his walks per 9 innings the past three seasons. Maybe more importantly he proved to be even better when the games truly matter, as his 3.48 post season ERA demonstrates.

If Garza is not considered a true ace, it is hard to argue against him being at least a solid #2 for a contender. Still his newly signed contract barely surpasses the 4 year/$49 million deal that Ricky Nolasco signed with Minnesota Twins. It is less than the 4 year/$52 million that the rather mediocre Edwin Jackson received from the Cubs in 2013. Tim Lincecum, far removed from his CY Young form received a 2 year/$35 million deal from the Giants before reaching the open market. Comparatively speaking, it is nothing short of stunning that Garza did not receive more money somewhere.

It was silently understood that Garza, along with Ervin Santana, Ubaldo Jimenez, and Bronson Arroyo were waiting for Japanese phenom Masahiro Tanaka to sign and set the market. After the Yankees won the Tanaka sweepstakes (at a whooping 7 years/$155 mil), it was assumed that the failed suitors would set their sights on these top four pitchers. Going into the off-season it was believed that Garza, Santana and Jimenez all had $100 million dreams. Those totals quickly seemed like an over reach, but an average of $15 million seemed like a given. It was also believed that Matt Garza would get a “no compensation” bonus, as he was the only pitcher of the big three who would not cost a draft pick to sign. Now a new market has been set. The agents of Santana and Jimenez would have to work some special magic to get close to their original lofty goals.

It will be interesting to see the Garza press conference. Maybe the pitcher just wanted to be a Brewer. Certainly the trio of Garza, Yovani Gallardo and Kyle Lohse is formidable. They will likely be in the playoff hunt if Ryan Braun can return close to form. And certainly, Garza and his family will be just fine at a mere $50 million. Still you would have to believe there is a contender or two that may be kicking themselves for not taking a gamble on the likes of a Matthew Scott Garza.