You are here: Home / Entertainment / In the Community / Gatorade Burn It to Earn It with J.J. Watt, Bryce Harper and Karl-Anthony Towns 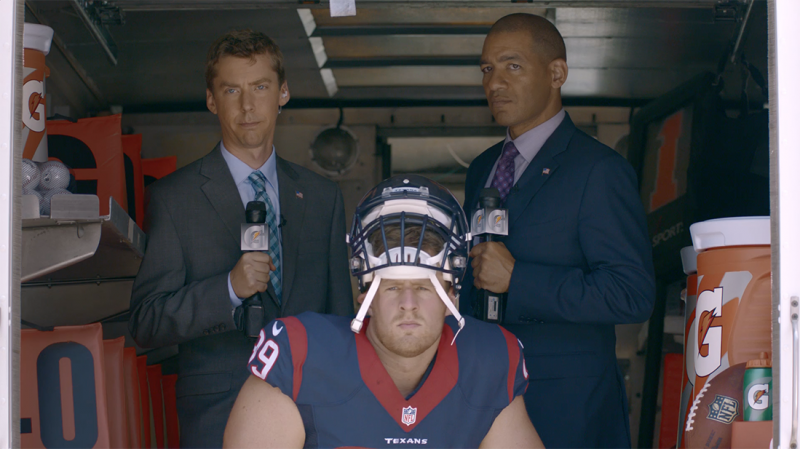 Gatorade launched a series of commercials featuring J.J. Watt, Bryce Harper and Karl-Anthony Towns called ‘Burn It to Earn It.’ The series of skits show the athletes in comedic fashion trying to get others to “earn” the right to drink Gatorade by performing physical tasks and sports skills designed to make them sweat.

Drinking Gatorade is a privilege earned by those who put in the sweat by virtue of these hilarious commercials. While that is not the reality of life for all Gatorade drinkers, it’s a nice reminder of the intended purpose from the original thirst quencher. Now sit back with your favorite Gatorade drink, watch the commercials below and have a laugh.

For the international crowd Gatorade also partnered with Real Madrid midfielder, James Rodriguez, who takes to the streets of Spain for a little fun.