You are here: Home / In the Community / Gatorade Players of the Year awarded to Sydney McLaughlin and Jayson Tatum 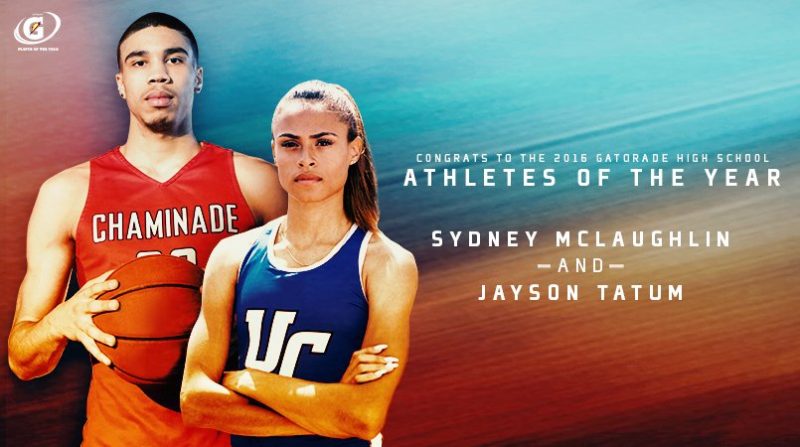 Sydney McLaughlin and Jayson Tatum aren’t household names yet but they are certainly on their way. Soon these two mega athletes will be gracing our TVs regularly capturing glory saved for elite competitors.

McLaughlin can be seen in the upcoming Olympics in track and Tatum can be caught when the NCAA men’s basketball season tips off at Duke. Their brilliance in their respective sports continues to pave the way for bright futures and no company does more to support talented athletes who go about things the right way more than Gatorade.

The brand celebrated its annual Athletes of the Year ceremony in Los Angeles where 12 finalists were in attendance (6 males and 6 females) to determine who’d take home the coveted award for each gender. It was a star-studded event hosted by ESPN’s Sage Steele with numerous athletes in attendance including Cam Newton, Karl-Anthony Towns, Abby Wambach, Jenny Finch and many more. The established athletes (many who were former winners) enjoyed the event just as much as the up and coming athletes did.

AOY with @Gatorade love these folks!!

Many themes prevailed throughout the evening but an emphasis was placed on work ethic, dedication to excellence and the responsibility to give back and engage in the community. Those messages are core principles of the Gatorade brand and the athletes they endorse. But when it came down to who should be awarded for all they embodied on and off the playing surfaces it was the female track star McLaughlin and the basketball dynamo Tatum who captured the hardware.

“It’s a huge honor. I didn’t think I would make it here. Two weeks into the track season I found out I had mono; that wasn’t a great start to my season. Then my mom had a heart attack. They say every Olympian has two or three major struggles and I was having all of these struggles. Then I had a major panic attack on Sunday and I called my dad and my coach said just get on the line. I did that and I’m an Olympian. I want to thank Gatorade and my family and my coaches and everyone who got me here.”

When we had a chance to speak with Tatum who told us:

“The ceremony was great. I had an amazing time in L.A.and then winning the award–I am at a loss for words. I’m just thankful and grateful for winning this award. I was really just happy to be here. I didn’t really have any expectations of winning, I am just excited about this experience in general and getting to hang out with other athletes.”

Two very well-spoken individuals who are still just teenagers but if they continue on this path we will be talking about them for years to come. We here at Shaw Sports salute them and all of the nominees Gatorade had at their ceremony. 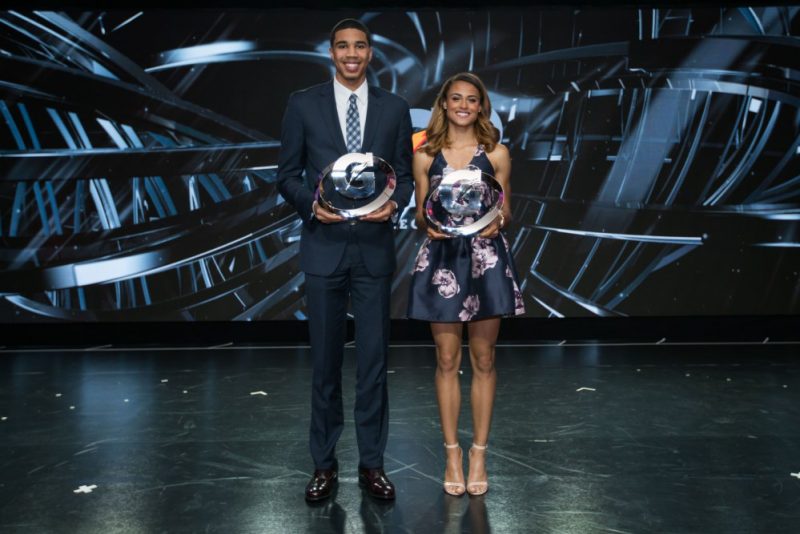