You are here: Home / Basketball / Gatorade remixes “Be Like Mike” commercial 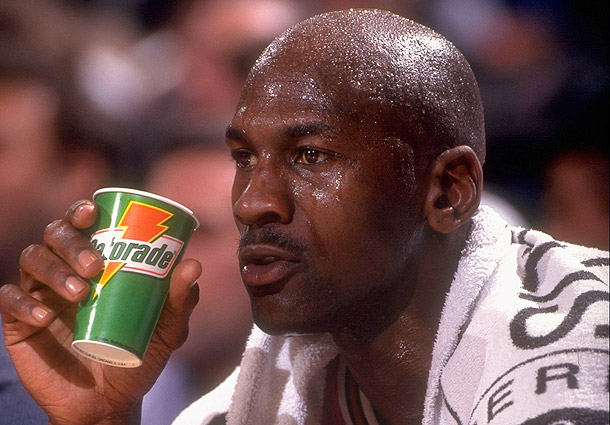 During NBA All-Star weekend Gatorade treated fans of basketball nostalgia and the legendary Michael Jordan by re-launching their Be Like Mike campaign as part of the 50th anniversary of the sports drink’s history. Just a month and change removed from the mid-winter classic Gatorade is making another push with their most recognizable athlete by releasing a series of remixes to the fan-friendly commercial and jingle.

A representative of the brand gave us the following tidbits regarding the remixed commercials.

Michael Jordan often left fans and opponents in disbelief by his performance on the court. This video is a fresh take on the iconic #BeLikeMike commercial, capturing his unreal game through animation.

MJ has inspired a generation of athletes to move faster and train harder. In this video, two athletes use that inspiration to literally bring the iconic commercial to life by utilizing machines and equipment to generate power to play the video on the screen. Channeling their inner Jordan with each drunk, they remind us what it means to #BeLikeMike.

Since the late 1980s, kids across the world have worked on perfecting Jordan’s moves and dreamt of playing him one-on-one. This video pays global homage to those countless moments that have taken place the last few decades. #BeLikeMike

The fun doesn’t end with the commercial spots. Fans also have the opportunity to show Gatorade just what number 23 has meant to them over the years by using the hashtag #BeLikeMike on their social media channels.

Gatorade is accepting videos and photos on their Facebook, Twitter and Instagram pages until early April with the best ones being featured on some of those social outlets. Check out the commercials and show Gatorade and MJ some love on your favorite social media outlets.