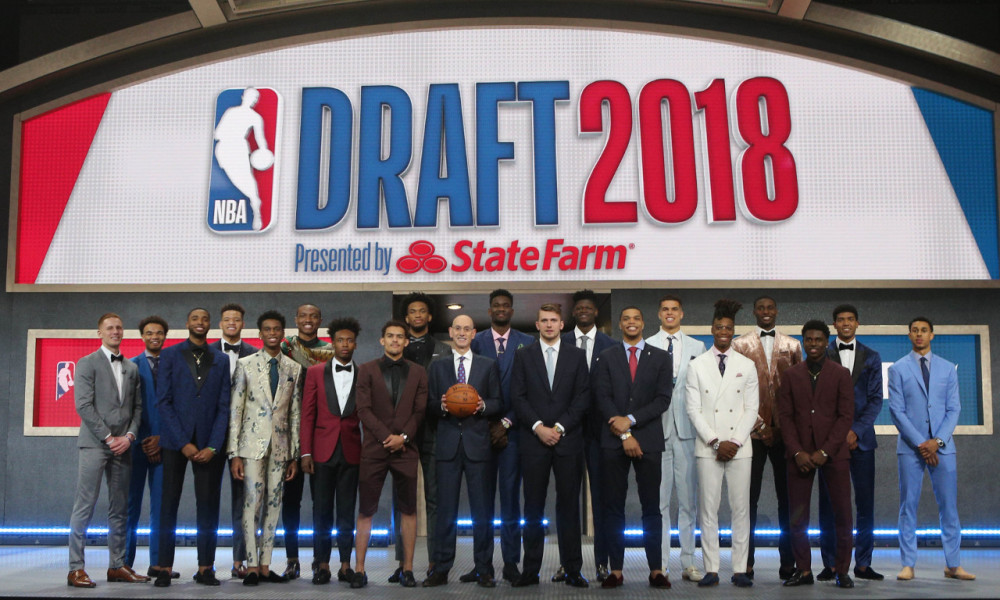 The 2018 NBA Draft has come and gone as the fresh class of rookies ready for their summer league debuts. Each of this year’s lottery teams had a moment (or two) to decide on their organizations’ direction for the foreseeable future. For some, that meant trudging on with the rebuild. For others, the chance to add the missing link for a post-season push. The Phoenix Suns may have snatched the player with the greatest upside, DeAndre Ayton, but where does that leave the top 5 lottery teams?

Phoenix had the honor of hosting the NBA’s worst franchise in 2017-18. The Suns notched just 21 wins en route to earning the first overall pick in this year’s draft, hopefully marking a turn in the organization’s future. However, current Suns centerpiece Devin Booker has flirted with the idea of leaving the desert for greener pastures, most recently hinting at linking up with fellow Kentucky alum Karl-Anthony Towns.

If Booker stays and his development remains on course, he could easily recruit Towns to Phoenix. The Minnesota Timberwolves have been swirling about the trade landscape, with reports indicating either Towns or Andrew Wiggins is on the block. Towns is set to make $7 million next season, which could easily be covered in Phoenix with Greg Monroe and Alex Len coming off the books. In tandem with the No. 1 overall pick Ayton, Phoenix ramps its competitiveness up, at least for the bottom half of the Western Conference’s playoff race. Ayton’s physical gifts could allow him to reverse the narrative about his defensive ability, giving the Suns a fresh look at the decade’s end. Even if Towns isn’t part of the equation, a Josh Jackson-Booker-Ayton triad could prove to attract complementary pieces to join the fiesta. Peppering in a swap for Mikal Bridges adds a much needed 3-and-D wing while the second-round selection for Elie Okobo, who fell from his first-round projections, makes the Suns’ Draft night a net positive.

For a team that christened a new arena and rebrand the Kings have proved directionless. The start of the 2017-18 NBA season was marked by rounding up veteran players – Zach Randolph, Vince Carter, George Hill – only for them to be ancillary to the Kings primary mission to tank. Randolph performed well enough, considering his aversion to jumping and the team’s direction, but the Kings almost immediately dropped the notion of a playoff run. Adding Marvin Bagley III was a safe bet, immediately addressing the scoring dearth the Kings had last season.  Dead last in points per game in 2017-18, Bagley will be key, but integration with Willy Cauley-Stein, Buddy Hield and De’Aaron Fox will shape the Kings’ upward trajectory.

As Atlanta’s music scene continues to thrive on a national level, the city’s NBA team has skirted the spotlight. Defensive maestro Kent Bazemore has yet to make an atmospheric leap on offense while starting point guard Dennis Schröder is proving immovable despite the Hawks openness to trade. Swapping Luka Doncic for Trae Young adds another 20-something to Atlanta’s under-30 bunch. And despite being a guard in a draft highlighted by reports of historic wingspans and verticality, Young has already garnered Rookie of the Year considerations for 2019.

Here are my betting odds for 2019 Rookie of the Year:

The Hawks saw breakout performances from Taurean Waller-Prince and rookie John Collins but they will need time to gel as a core while Young adjusts to the NBA game. Mix in the arrival of first-year head coach Lloyd Pierce on the sidelines and Atlanta could effectively role play as the youth-driven 2017-18 Los Angeles Lakers. Assuming Young’s 3-point range translates to the NBA floor…he provides a fantastic offensive target for Schröder’s dimes Expect growing pains and a modest win percentage, though the fresh legs should yield a few NBA.com Top 10 appearances.

Few squads have loftier hopes than the Grizzlies. A week after owner Rob Pera laid claim to the goal of a 50-win 2018-19 campaign, Memphis’ post-Draft outlook remains bleak. Mike Conley Jr. is trying to find his footing after a pair of truncated injury-ridden seasons. Marc Gasol has been the franchise’s stalwart but finding success around a center driven team is as difficult as it sounds in 2018. And, with Grizzlies bright spot Tyreke Evans an unrestricted free agent, Jaren Jackson Jr. will have a tall order for early contributions.

Currently, 50-wins is wholly unrealistic, even if Jackson pans out akin to the do-everything Taj Gibson. Memphis is saddled with Chandler Parsons’ gargantuan contract and lacks the market space to be in play for a major free agent signing. In fact, that Memphis wasn’t able to move Parsons was the draft night’s biggest letdown. Still, Beale Street will be a fine training ground next season, giving young players like Jackson and Dillon Brooks plenty of minutes to find their flow against a contentious Western Conference.

Dirk Nowitzki’s decision to return for his 21st season was the biggest gift and curse he could have granted the Mavericks. Nowitzki will become the first player to play 21 seasons with a single franchise, though his aging presence might relegate Dallas to another subpar season. Though Dallas is saddled with an asymmetric roster, which sported five centers for the length of 2017-18, the addition of Luka Doncic, allows greater flexibility. The most proven draftee, Doncic will allow Dennis Smith to continue as an explosive, full-time shooting guard, pressing ahead with head coach Rick Carlisle’s goal of developing him beyond the point. With any luck, the Mavs other selection, Jalen Brunson, could play into a Devin Harris likeness, providing Carlisle even greater backcourt flexibility. Ultimately, Doncic will breathe life into a franchise receptive to international talent, ushering out Nowitzki’s final year(s) with grace.