You are here: Home / Basketball / Hawks Say Al Horford Is “Progressing”, Will Be Ready For Camp But Miss FIBA World Championships 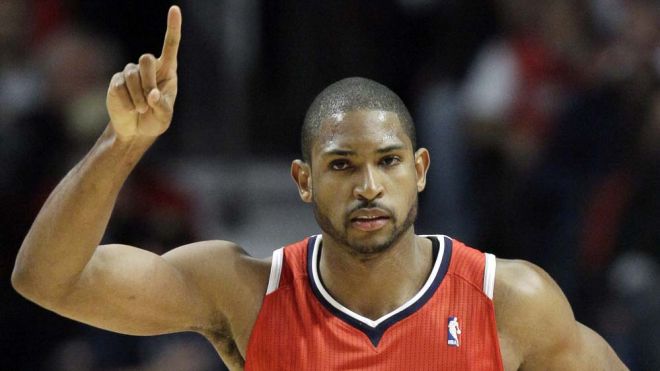 The Atlanta Hawks have issued an update on all-star center Al Horford on the status of his torn pectoral muscle. Horford has been progressing as expected but will not play with the Dominican Republican national team this summer. Horford tore his pectoral muscle in a December 26th game in Cleveland against the Cavaliers. He experienced the same injury in the 2011-12 season in which he tore his other pectoral muscle in a January 2012 regular season game against the Indiana Pacers. Horford would go on to play in Atlanta’s 2012 playoff series against the Celtics, but could not play in this year’s playoff series against the Indiana Pacers.

The Atlanta Hawks were a 3rd seed all season prior to Horford’s injury. The Hawks eventually fell to the 8th seed and dealt with a myriad of injuries following the loss of Horford. Atlanta even went through a stretch in February in which they only won two games in that month. The loss of Horford took away the Hawks’ presence in the paint. The job of scoring in the paint and blocking shots went to all-star Paul Millsap and backup forwards and centers Pero Antic, Elton Brand and Gustavo Ayon.

As Horford progresses with his rehabilitation and injury, the Hawks are earning their title as a tough team to play against with great home court advantage. With a healthy Horford on the Hawks’ roster, this should appeal to many free agents this summer and put Atlanta on the map as a hot spot destination. Coach Mike Budenholer is looking to instill a winning tradition in Atlanta. The Hawks have desperately been looking for a superstar to put them over the playoff hump and 2014’s free agency could help finish the blueprint for their future success.