You are here: Home / Basketball / Featured / He Gone…again: Rudy Gay traded to the Sacramento Kings 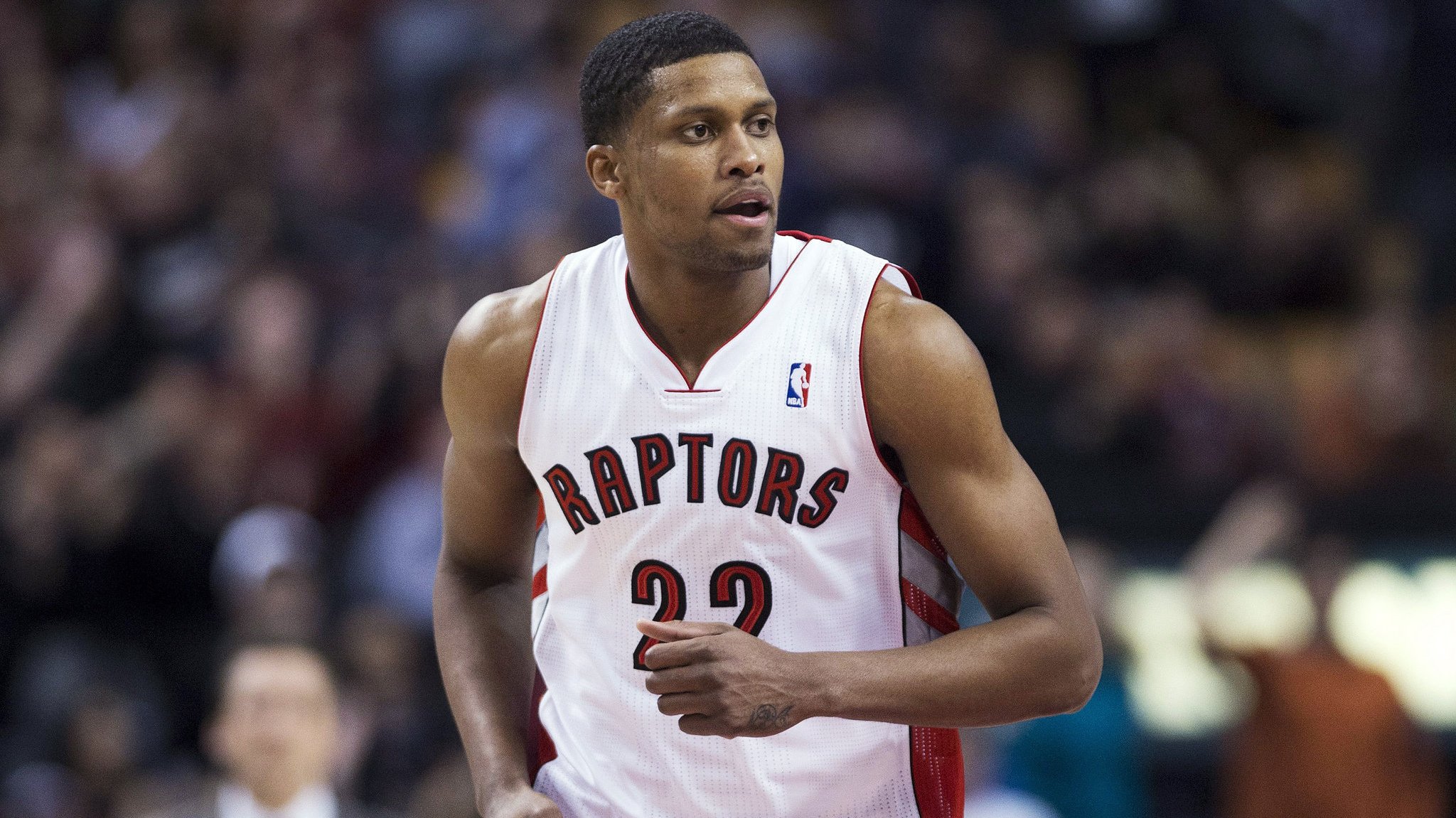 The Toronto Raptors GM Masai Ujiri has completed mission impossible. The hot shot general manager has traded the massive contract of Rudy Gay to the Sacramento Kings in a seven-player deal according to Yahoo Sports.

Rudy Gay is headed to the Kings, league sources tell Yahoo Sports. He has been pulled out of the Raptors lineup for tonight.

Along with Rudy Gay, Quincy Acy and Aaron Gray will be traded to the Kings too, league sources tell Yahoo Sports. — Adrian Wojnarowski (@WojYahooNBA) December 9, 2013

The Kings have been looking for a veteran to add to their roster and Gay gives them a player with that very specific label. Also on the label concerning Gay in bold letters is the word inefficient…caution when using. Gay recently made headlines in the Raptors’ locker room when he banned the use of stat sheets containing analytics data.  So instead of owning up to the problem and looking for ways to correct it, he was choosing to ignore it all together.

He will now take that very splendid demeanor to Sacramento along with his 19.4 points on 38% shooting.  Take a look at his shot chart on the season below. Keep in mind areas in red indicate a below league average percentage.

The Kings will have to learn to take the good with the bad with Gay as they are likely stuck with him through the end of the 2015 season. He is very likely to invoke his player option this Summer where he is owed $19.3 million. Where things should get really interesting is seeing how he meshes with the always pleasant DeMarcus Cousins. I can just see an expletive, headband or something flying in Gay’s direction after her ignores Cousins on the post one time too many.

The Kings also acquired Derrick Williams a few weeks ago from the Minnesota Timberwolves. The acquisition of Gay complicates Williams’ role on the team. Is he now the backup small forward (his natural position) or the starting power forward which he has flat out said he doesn’t enjoy playing. It might be just tough cookies for Williams who doesn’t have the resume to dictate how he will be deployed in any system.

Oh Sacto, I wish you the best. Meanwhile north of the border the Raptors are grinning ear to ear.

After ridding themselves of Gay’s contract, Toronto now stands to be players in free agency as well as willing participants in the tanking race for the super crop of collegiate talent expected to enter the 2014 draft. Namely the Raptors want the Canadian born Andrew Wiggins who has stated he would love to bring prominence back to the organization.

Future hopes and dreams aside, the Raptors will now have a chance to develop guys like Jonas Valanciunas and Terrence Ross while putting the keys to this season in the hands of DeMar DeRozan. The newly acquired Patrick Patterson could also see some minutes but the front court is a crowded place in Toronto.

Both teams feel like they have accomplished their short term goals while aiding their long term ones at the same time. But most people would agree that the Raptors have won this trade simply by exercising the enormous weight of Gay’s contract off their books.