You are here: Home / Basketball / Holding the Mayo: Can O.J. Mayo still be a NBA star? 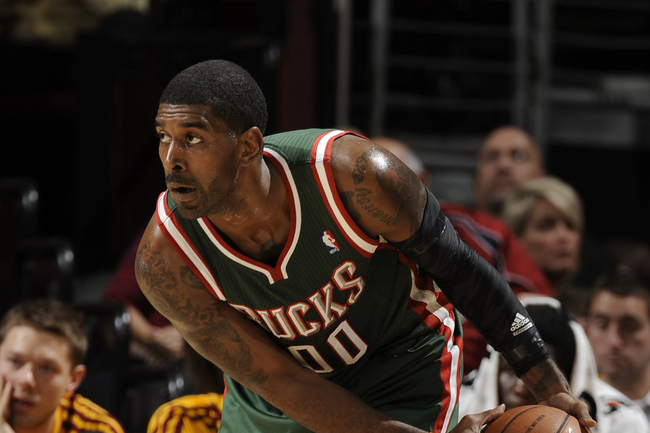 It was supposed to be easier than it has been for O.J. Mayo.

His career hasn’t gone quite as expected after being a highly-touted prospect coming out of high school who once drew the attention of the great Michael Jordan at a basketball camp.

After learning a small lesson at the hands of the G.O.A.T. he then moved on to play college ball at U.S.C. where he was supposed to lift the Trojans to unprecedented heights. Mayo didn’t have a bad college career at all and even earned All-Pac-10 first team honors by averaging 20.7 points, 4.5 rebounds and 3.3 assists in just one year before heading to the draft.

Some of his detractors said he didn’t dominate in the NCAA enough while others said he was too selfish and didn’t make his teammates better. The truth with that is probably somewhere in between and those knocks on his game/character didn’t affect his draft status heavily…if at all.

The Minnesota Timberwolves selected Mayo third overall and then traded him to the Memphis Grizzlies for Kevin Love (along with some other fillers at the time) in 2008. Kevin Love for O.J. Mayo people! Memphis made Mayo their starting shooting guard for all 82 games during the 2008-09 campaign and they seemed like the early winners of the deal. Mayo flourished posting solid rookie numbers (18.5 points, 3.8 rebounds, 3.2 assists and 1.1. steals) and would have been the Rookie of the Year had it not been for Derrick Rose’s presence in the same draft class.

Unfortunately, he hasn’t enjoyed the same success since that rookie season. 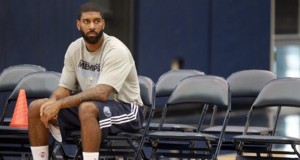 Memphis kept Mayo around for three years after his rookie campaign with each becoming more disastrous than the previous one. There was talk about trying him at point guard, which lasted all of about two Summer League games, before the organization decided that they would live with the growing pains of the then still developing Mike Conley. Mayo eventually lost his starting position and was regulated to sixth-man work in 2010-11. It was a role he openly disagreed with at first but then tried to embrace. His play would indicate his displeasure as he shot 40% from the floor in each of his final two seasons in Memphis.

The Grizzlies decided the juice wasn’t worth the squeeze and let Mayo walk in free agency without even so much as a qualifying offer. Most teams usually tender the qualifying offer out of sheer courtesy to the player and to have “the right” to retain a guy they have already invested years into. Memphis effectively chucked “the deuces” up like Chris Brown to Mayo without much thought.

Despite the Grizzlies lack of interest in the summer of 2012, Mayo was a relatively well sought after free agent. Multiple teams were linked and rumored to have interest in signing him figuring he just didn’t fit the scheme in Memphis with Lionel Hollins. The Mavericks, after striking out on bigger names in free agency, welcomed Mayo to Dallas and hoped he could regain some of the magic from his rookie season.

@JuiceMayo32. Welcome to the family OJ. We are fired up !! MFFL Mavs/Mayo Fan For Life !

Mayo was able to regain some of the form that made him a wanted man to begin the season. He started 2012-13 like a man on mission for redemption and carried the Mavs while Dirk Nowitzki recovered from a knee injury. From October-December Mayo averaged 18.3 points with 3.7 rebounds, 3.7 assists on 46% from the floor and 45% from three (very reminiscent of his rookie season).  He was truly on his way to becoming one of the better free agent signings of that season. But once Dirk returned Mayo in turn struggled, finishing the final three and half months with averages of 13.5 points, 4.8 assists 3.4 rebounds. His assists soared as he deferred to Nowitzki, but he wasn’t able to maintain the other bounce back numbers he attained earlier in the season. In Mayo’s defense, coach Carlisle didn’t have a stable rotation last year. Mayo’s minutes remained fairly consistent but his back court running mates were changed like dirty diapers. Not having consistency in the lineup seemed to have an adverse affect on him despite Dallas’ 29-22 finish to the year. 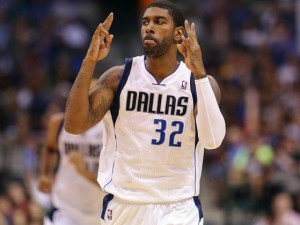 Figuring he did enough to warrant a larger deal, Mayo opted out of his contract with the Mavs which surprised no one. This time the market wasn’t as ripe as general managers took notice of the drop off in production in the season’s final months. Mayo didn’t quite live up to being the second option in many minds as the Mavs missed qualifying for the playoffs.

The Milwaukee Bucks took Mayo out of the cold by inking him to a three-year $24 million deal over the summer. They also brought on Brandon Knight after trading Brandon Jennings and hoped they had their new back court of the future. With Mayo, Knight, Larry Sanders and the addition of Caron Butler as well, the Bucks set forth on a mission to stay relatively competitive this season…unaware that they had embraced a full rebuilding model as their present and immediate future.

Things simply have not worked for Milwaukee and the team has struggled to find an identity in the unimaginative system of Larry Drew. Mayo has again been regulated to a role off the bench which is almost comical for team as bad as the Bucks have been.  Rotations continue to shuffle around him as he has been passed on the depth charts by guys like Khris Middlelton, Luke Ridnour and Giannis Antetokounmpo. Not exactly a Mount Rushmore of NBA names. But in the cases of Middleton and Antetokounmpo the Bucks feel they are developing their future as the team has no real shot of competing for anything more than a lottery spot this season.

So here is Mayo with a career-worst offensive rating of just 95 and a career-worst tying defensive rating of 112. He is struggling to find his niche on a team void of direction. Being one of the building blocks on a team you thought was going to be competitive to coming off the bench for the worst team in basketball is a shock to the system. Understandably he hasn’t adjusted. Mayo’s frustration is bubbling over as evidenced by this quote from the Journal Sentinel:

“It’s the same thing it’s been night in and night out…it’s been the same result, whatever the game plan has been. It’s hard to get a rhythm when you don’t know what’s going to happen for you night in and night out. You may get 6 minutes, 30 minutes. There’s no staple to what we’re doing. You can hang in there, compete and keep it close. If you don’t have a backbone to what you do, whether it’s going to be a defensive thing, an up-tempo thing, a pound-it-in-the-paint thing, a drive-and-kick thing. We’ve got to find a staple as a team.” 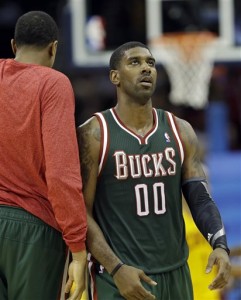 terrible season is down the pipes, but maybe he can make things right by embracing a pseudo leadership role off the bench. Mayo still has two years left on his deal, but with his limited production it is unclear if the Bucks would be able to move him or if they even want to just yet. That said, a third change of scenery from his original team doesn’t guarantee he can turn things around.

At some point his struggles stop being about the situations he has been “forced” to deal with and about his actual game on the court. He’s only 26 and can still improve on parts of his game, especially defensively and as a ball-handler/play-maker. He has to decide if he wants to take the somewhat easy approach by hanging around the league for the next  4-6 years as a below-average scorer. But he should want more from his talent.

He should demand it and realize that he is the one holding the Mayo.