You are here: Home / Basketball / Hope springs eternal at the 2014 NBA Draft 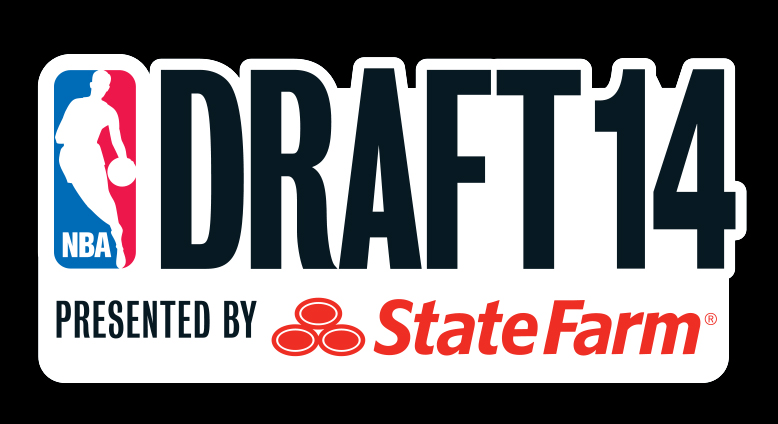 In life, a person’s general happiness can usually be derived from one of these two things: a good current situation or hope for the future. If you have a good current situation, you can live in the moment, whether it’s enjoying your significant other without thinking too far down the road or unremorsefully downing a sinful Five Guys cheeseburger. When you have hope for a better future, you tolerate your current conditions with the knowledge that better things await – for example, you might dislike your current position at the office but know a promotion is coming soon that will allow you to truly fulfill your professional desires.

When pro sports teams sell their product to fans, they usually have to choose one of these two options to make their cases (rarely are teams able to do both at once like the San Antonio Spurs). For example, the Miami Heat can sell its current situation to its fans – the team has qualified for the NBA Finals in four straight years and won twice. The New England Patriots and Denver Broncos know that their franchise quarterbacks are aging, but at this moment, you could do a lot worse than having Tom Brady or Peyton Manning leading your offense. The New York Knicks are a tricky case because they somehow are unable to sell either a good current situation or good future prospects (maybe the fact that Raymond Felton has managed to avoid being imprisoned?).

For teams selling hope to their fans, the 2014 NBA Draft has been one of their featured attractions, especially compared to the relatively slim pickings of the 2013 class. The basketball community has known about the considerable talent in this particular draft class for more than a year now, and a blue-chip player still on his rookie contract is a very attractive asset. Fans of beleaguered teams have gritted their collective teeth through some ugly basketball in the past couple of seasons knowing that salvation could arrive in late June in the form of a glitzy name like Andrew Wiggins, Jabari Parker, Julius Randle, or Joel Embiid (NOTE: Embiid has just been diagnosed with a fractured foot and will need surgery). And whether teams were intentional or not about the ugly basketball, this season had its fair share of it (how did the Philadelphia 76ers lose 26 straight games at one point last season and still finish four games ahead of the Milwaukee Bucks?!).

Hope for the future is a good thing to hang your hat on, but as in life and also in sports, you can’t sell it forever. The reason people turn to hope is the thought that the potential can eventually be cashed in for actual results. After this year’s draft, many struggling teams with general managers selling hopeful rebuilding plans will slowly start to feel the weight of the expectations that come with landing prime positions in a loaded draft class.

The Cleveland Cavaliers need to start delivering on the promise and fortune of having five top-four picks (including three overall #1 picks) in the past three years. The Orlando Magic supposedly won the Dwight Howard trade, but enter Year 3 A.D. (After Dwight) with a bit more urgency as the Orlando faithful start to grow weary of the losses piling up. The 76ers, at times blatantly throwing in the towel this past season, have based much of their recent tanking plans on finding a franchise cornerstone in this draft to go with some existing young talent. Among teams with picks in the top four, only the Bucks (who actually tried to win last year) will likely have some leeway with their fans given the new ownership coming in.

But for now, as we approach the draft, teams can still get away with selling hope and potential. After all, part of the draft’s allure is the knowledge that in basketball, one player can single-handedly spark a downtrodden franchise more than in any other sport (with the possible exception of quarterbacks in football). Hope springs eternal at the 2014 NBA Draft.

Dar-Wei hails from Orlando, FL and has bought the hope that the Magic are selling, despite still being traumatized by the franchise’s drafting in the early 2000s. He can be found on Twitter at @chendw.