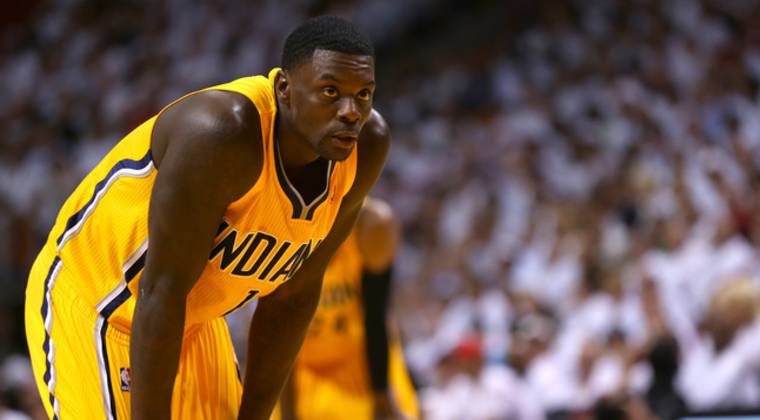 The Charlotte Hornets have added another asset to their active and busy offseason. The addition of Lance Stephenson benefits the depth that Charlotte has at the guard position. Among them are Gerald Henderson, P.J Hairston and emerging star point guard Kemba Walker. Stephenson averaged 13.8 points, 7.2 rebounds and 4.6 assists in the 2013-14 season with the Indiana Pacers.

He played four seasons in Indiana and gained notoriety in this year’s NBA playoffs for his on-court antics against the Miami Heat. Stephenson turned down a five-year $44 million offer from Indiana earlier in the free agent period. All-star Paul George had his doubts about Stephenson’s return after Indiana’s Game 6 loss in the Eastern Conference Finals. But George had since changed his tune and hoped that Stephenson would return to the Pacers.

The Hornets now have one of the deepest rosters in the Southeast division. Stephenson’s mid-range game and ability to finish at the rim will be a key component in Charlotte’s success this season. He, Walker and Al Jefferson make a solid core for Charlotte to build upon. We will have to see how 2014 first round-pick Noah Vonleh develops, but the Hornets seem to be on the right path for success and should be a top six team in the East.