You are here: Home / Basketball / How Magic Johnson Created the NBA Monolith 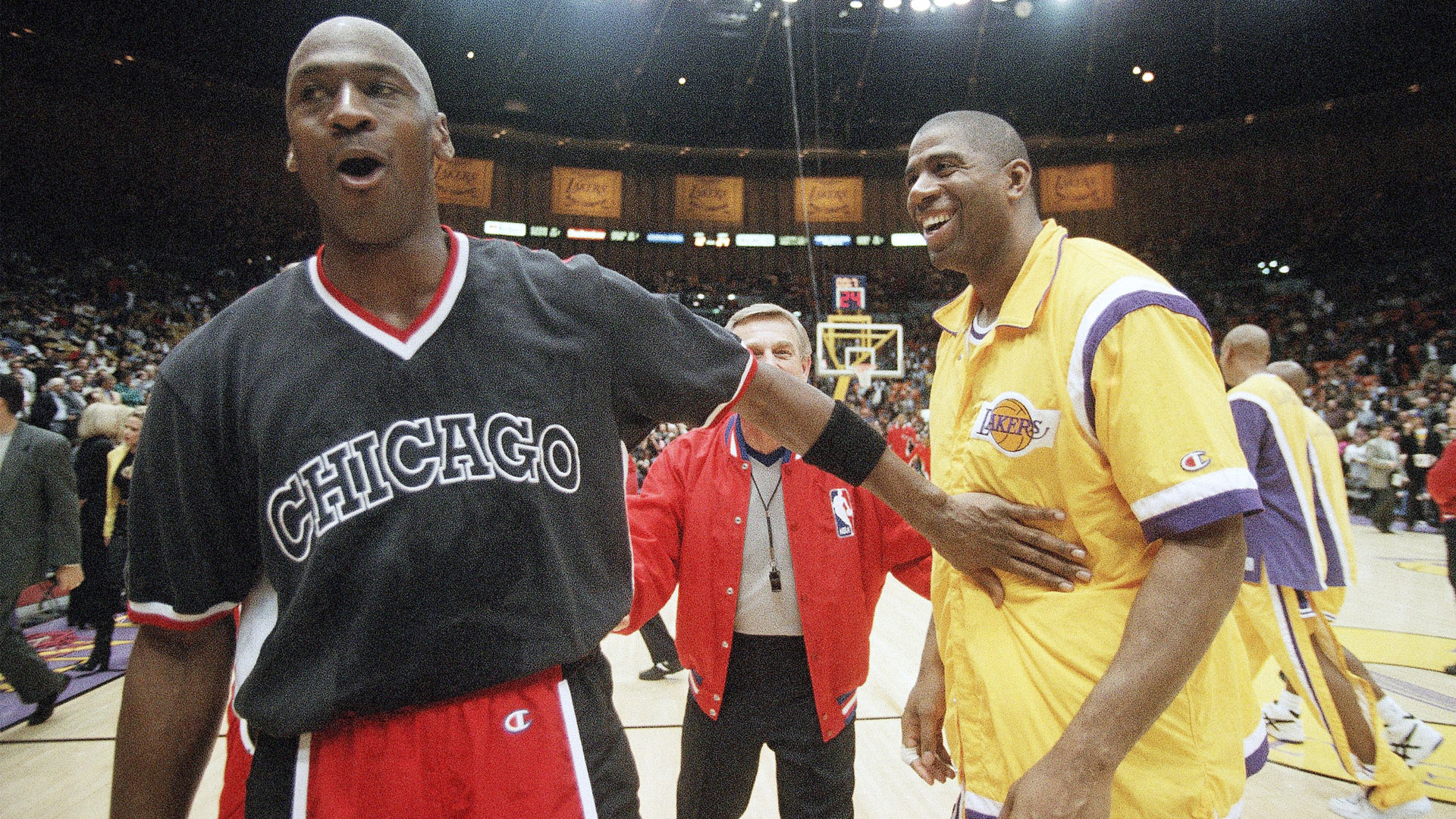 The final segment of the fourth episode of ESPN and Netflix’s The Last Dance is an awakening. After a tumultuous six years, the scene recaps the 1991 NBA finals, which marked the Chicago Bulls’, and Michael Jordan’s, first NBA title.

The series itself, a quick five games between the Bulls and Magic Johnson’s Los Angeles Lakers, was unremarkable. Chicago dropped the first game, only to spring back like a trampoline-propelled sledgehammer, smashing through the NBA Finals barrier and simultaneously the Lakers Dynasty. Until this point, the NBA Finals of the 80s and 90s were dominated by Lakers appearances – eight times in 10 years.

Jordan, Phil Jackson, Scottie Pippin and the Bulls finally broke through the yellow ceiling. In the documentary, Jordan acknowledged the victory was a turning point. Until then, Jordan wasn’t a winner, let alone a team player capable of leading a group to the Larry O’Brien trophy.

“(It) ate at me,” Jordan said, referencing the stayed success of Magic and Larry Bird. “It did. It did. My energy started to gear towards my teammates and pushing them to excel.”

Winning the finals was as much vindication for Jordan as it was a newly penned chapter in basketball history. That series codified a changing of the guard – from the Showtime Lakers and Bird’s Celtics to a 28-year old Jordan who would help grow the game to unseen heights.

Though it only spanned five games, we were fortunate to have witnessed the Bulls-Lakers series. The modern NBA – and sports – is built off of the notion of passing the torch amplified by the ’91 Finals.

If the Magic and Bird-conquered 1980s were about flair – pushing the pace, extending the offense behind the newly created 3-point line – the 1990s were about force of will dominence. The Bulls were checked twice by the Detroit Pistons in 1989 and 1990, leading Chicago’s front office to fire Doug Collins, whose coaching style was helping Jordan secure scoring titles and not much else.

Hiring Jackson and securing a title under his Triangle Offense put the Showtime Lakers in a chokehold in June 1991. Five months later, Magic would do the same to NBA equilibrium, announcing he tested positive for HIV and was ending his professional basketball career.

At the time of his announcement, the Lakers didn’t appear to be slowing their Magic-led roll. James worthy was coming off the best scoring season of his career (21.4 points per game) and Vlade Divac was growing into a capable, 10 points, eight-rebound center. Though he’d play for the Dream Team in the 1992 Olympics, Magic’s diagnosis let the air out of one of the greatest franchises in the history of sports.

And Michael Jordan reaped the benefit.

From there it was a revolving door of challengers against Jordan’s bulls. Clyde Drexler tried. Charles Barkley tried. Shawn Kemp and Gary Payton tried. John Stockton and Karl Malone tried. The Bulls’ brilliance was too much to overcome. Until Jordan retired following the 1998 title, and barring his earlier retirement in 1993, the 1990s were coming up Jordan.

Dominating a decade has since become the mark of the most iconic hoopers of all time. Shaquille O’Neal might have won all three of the Lakers Finals MVPs between 2000 and 2002, but Kobe Bryant was heralded almost unanimously as Jordan’s second coming. Bryant passed that mantle to LeBron James in the 2010s, during which he appeared in eight of the decade’s ten Finals, winning three.

Maybe Bryant doesn’t pattern his game so closely after Jordan if His Airness doesn’t dictate the 1990s. Maybe James doesn’t personify perseverance if Bryant falls into obscurity after 2002. Unilateral dominance, as defined by Jordan and the 1990s Bulls defined the NBA’s future, in which players are vying to become monoliths by shaping the basketball universe in their own image.

Replace “Michael” with “Kobe” or “LeBron” and the sentiment doesn’t change. Magic’s loss handed the NBA a blueprint for superstardom. Jordan built the prototype. Bryant mass-marketed it and James exported it worldwide.