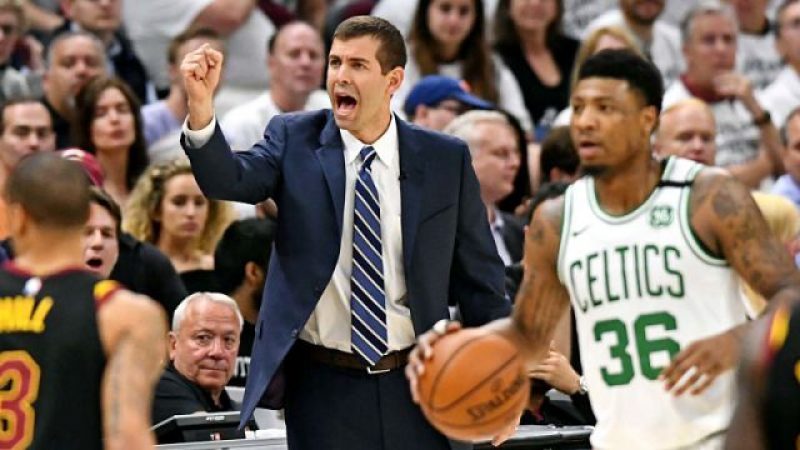 By and large, the feeling surrounding the Boston Celtics improbable Eastern Conference Finals run was one that team green entered the series with house money. While that money at no point turned into a sure bet, the Celtics should have been able to cash in on a trip to the NBA Finals.

The Celtics by the eye test were the better team, but they folded in the brightest of moments and the excuse is that they are young. Playing with “nothing to lose” is only viable when you don’t actually lose. The Celtics had a duality in public perception that now seems empty after watching LeBron James carry his squad past them to the NBA Finals.

Game 7 of the Eastern Conference Finals left many of the young Celtics saying it was just “one of those games” where the shots didn’t fall. An abysmal 7-39 from three supports their claims but the question as to why that many triples were hoisted to begin with is a great place to start.

Boston’s strength much of the year was indeed their three-point efficiency, but more importantly their ball movement to get those shots in the flow of the offense. The Celtics finished the regular season second in three-point percentage at 37.7% while taking 30.4 shots from beyond the arc. Game 7 was an exercise in futility that saw Boston’s offense turn into anti-hero ball with staggering inefficiency. Terry Rozier, Jaylen Brown, Marcus Smart and Marcus Morris combined to shoot 13-56 overall and 5-32 from three.

Rozier was downright villainous shooting the three missing all 10 of his attempts and shooting 2-14 overall. 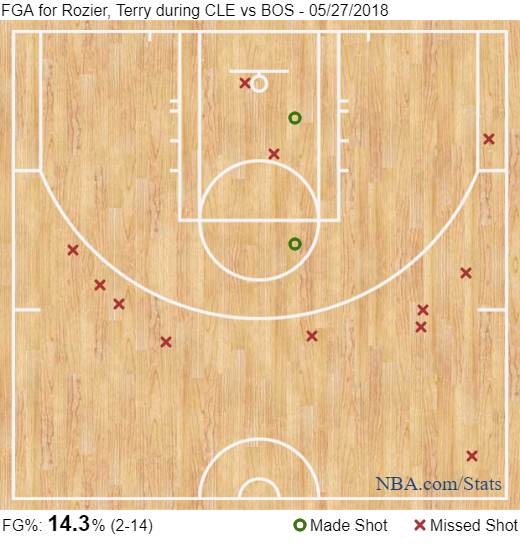 Brown was having some sort of out of body experience attempting 12 threes himself including these contested beauts.

In fairness, Brown had some really great looks early on but at what point does the uber-patient Brad Stevens say hey fellas that’s enough? Stevens will scold players for not rotating defensively but shot selection is not something he usually criticizes his team for. Stevens presumably doesn’t want to crush the confidence and spirit of young guys which can yield to tentativeness…but it’s a tricky proposition especially in a Game 7 to go the Finals.

The sum of all those parts and a heavy serving of LeBron James equated to a losing gumbo that cost the upstart Celtics a chance at history. Now the optimism kicks in because Kyrie Irving and Gordon Hayward “should” be back next season. Their return “should” allow for Brown and Rozier, specifically, to mature at a more natural rate as complimentary pieces as opposed to feature ones. They “should” be back next season competing at an even higher level with established stars.

The problem with shoulds is they aren’t guarantees. Anything can also happen with any of Boston’s opponents and it is important to note just how great of an opportunity slipped through their hands THIS season. In each series, Boston didn’t have the best player on the floor. It could be argued that the Cavs had the worst supporting cast that the Celtics encountered in the playoffs. However, LeBron was the best individual player they faced hands down. Somehow they got cocky after going up 2-0 and didn’t show a true killer instinct that is needed to dethrone a proverbial king.

Next season LeBron could easily force this Cavs team to re-tool or he could again take his talents elsewhere to a place like Philadelphia. LeBron is the warden of the East and he’s kept teams incarcerated without recreational activity for eight straight seasons. Teams have been angling to beat him but quietly hoping another team does their dirty work for them. Boston is a confident group that believes they have the stones to eventually do it themselves, but opportunities like this don’t come around just because the talent is there.

Boston is well-equipped for the future but glazing over this failed opportunity would be just as egregious as missing the opportunity itself.