You are here: Home / Basketball / In the new age of duos across the NBA, the Mavs have one of the best 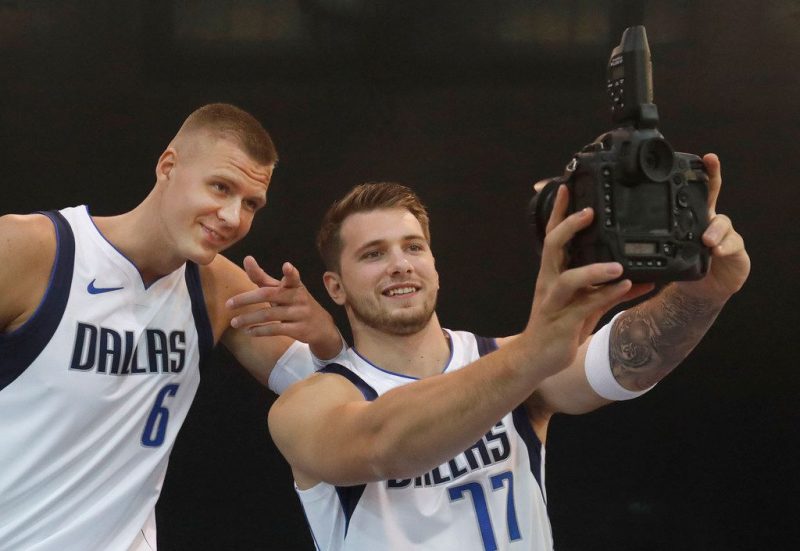 In the new era of duos in the NBA the Los Angeles Lakers have LeBron James and Anthony Davis. The Los Angeles Clippers have Paul George and Kawhi Leonard. The Houston Rockets have James Harden and Russell Westbrook.

Meanwhile, in Dallas the Mavericks have one of the best young duos in the entire league in Luka Doncic and Kristaps Porzingis. Both players are under the age of 25 but their level of play has surpassed their years. Both players, coincidentally, were acquired by the Mavs via trade. In the 2018 NBA Draft, the Atlanta Hawks with the No.3 overall selected Doncic, only to send him to the Mavericks in exchange for the draft rights of Trae Young with the No.5 overall pick and a 2019 protected first-round pick. In January of 2019, the New York Knicks traded Porzingis, Courtney Lee, Tim Hardaway Jr. and Trey Burke to the Dallas Mavericks in exchange for Dennis Smith Jr., DeAndre Jordan, Wesley Matthews and two future first-round picks.

Doncic at the age of 20 is one of the best players in the NBA and has the potential to be in the MVP race by the end of the season. Early this season, he led his team to a victory against the San Antonio Spurs with 42 points, 11 rebounds and 12 assists. The last player under 20 to post a 40 point triple-double was James. Doncic currently has 13 triple-doubles before the age of 21, the most by any player ever.

It is not only about Doncic’s ability to score with efficiency, but his vision is also outstanding. Doncic is dishing out 9.3 assists while scoring 29.5 points per game and averaging 10.7 rebounds. He is the only player in the NBA inside the top-10 in points per game, rebounds per game and assists per game.

Coming off an ACL injury in the 2018-2019 season, Porzingis has stepped up for this Mavs team. Through 12 games, Porzingis is averaging 18.6 points, 8.9 rebounds (a career-high), and 1.6 assists. Porzingis stretches out the court because he is a versatile big man that can shoot 3’s. At 7 feet and 3 inches, he presents problems for opposing teams. As the season progresses, Porzingis is only going to improve coming off the ACL injury. It can take players time to get back in a rhythm after major injuries.

The Mavs are difficult to defend especially when Doncic is driving to the basket, they cannot help because Porzingis will make them pay. Both players possess size at their position giving defenses something else to think about when the pair conducts pick-and-roll.

If Porzingis and Doncic can stay healthy and continue to improve, they have the potential to be one of the best teams in the NBA. The European pair of Doncic and Porzingis will look to reak havoc on opposing defenses in the NBA for a long time to come.