You are here: Home / Baseball / Interesting facts about the Red Sox/Tigers match-up 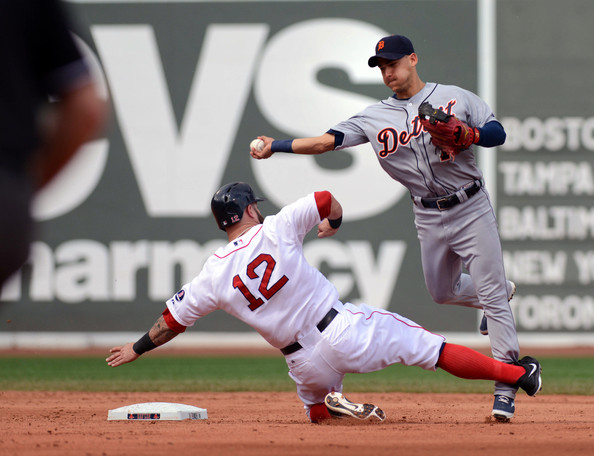 The American League Championship Series match up looks to be a good one. Both the Red Sox and the Tigers will feature four strong starting pitchers. Both teams come into the series with deep line-ups, anchored by superstars. It will likely come down to the small things, tiny advantages, to determine a winner. With that said, here are a couple of little things to keep in mind when watching these two American League teams face off.

Torii Hunter:
Career vs. Lester/Peavy: 18 for 39 .462 batting average
Career vs. Buchholz/Lackey: 17 for 74 .250 batting average
Austin Jackson:
Don’t expect him to run. He only had 8 stolen bases, on 12 attempts on the season.
Prince Fielder:
In 157 at bats vs Boston pitcher’s Prince has 5 home runs. FOUR of them against Ryan Dempster.
Max Scherzer:
Obviously he is a different pitcher this season, and he better be. Between 2010 and 2012 he was 1-3 with a 9.32 ERA vs Boston
Justin Verlander:
In each of is his four post seasons his ERA has dropped.
Doug Fister:
1-2 5.78 Last 2 seasons vs Boston