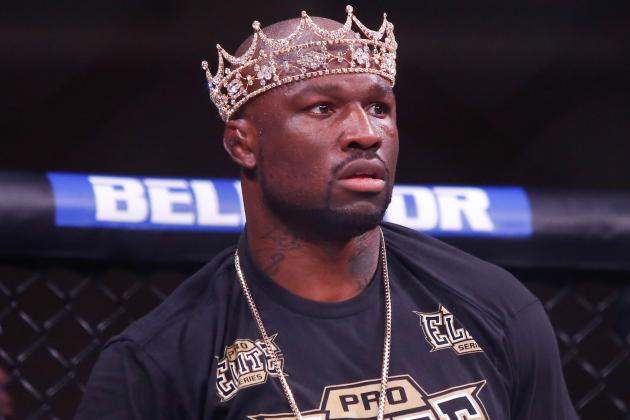 I recently caught up with Muhammad “King Mo” Lawal after more than a month and a half from his recent fight against Rampage Jackson on May 17th. Mo has indicated that he’s focused and ready for his next challenge. He is currently training in Coconut Creek, Florida at the American Top Team facility and has worked out with Floyd Mayweather’s uncle, Jeff.

King Mo put on a show in his previous fight against Jackson for the majority of the fight but could not pull it off in the third round. “I don’t think the judges knew what they were talking about. In Mississippi, they don’t get too many fights and the crowd was cheering for something other than what happened.” Mo is a native of Dallas and Rampage is a native Memphis but due to the vicinity of Tennessee to Mississippi, the majority of the crowd was in favor of Jackson.

“He (Jackson) went asking for a rematch right after the fight, so you know he really lost” King Mo said. “I’m ready for a rematch today, straight up. When it comes down to it, I don’t think he really wants that because last time I checked, I saw him on Twitter talking about how he wanted to retire.”

Mo is a very confident and outspoken athlete who never backs down from the toughest of competition. During his training in Coconut Creek, he has been elevating his regiment and healing his eye that starting to swell after his last fight. “The eye is good now but what happened during the fight was– he threw an uppercut and his knuckle went in my eye, that’s why it started to swell two days later.”

I also asked King Mo how fighting on a national level helped him elevate his game when given the opportunity to face against big name fighters. “It ain’t about trying to fight on a national level with me, its about finding a good gym. I came to America’s Top Team because they’re the best team out there and they have the best facilities and coaches. They helped me prepare for my fight against Rampage.”

King Mo is busy with his MMA career but also wants to find time to continue his wrestling fights at TNA. “I’ve been making appearances there but its up to them because I’m ready. I’ve been going to wrestling school and have had matches in Kentucky. I’ve been ready but its just up to them on when they’re gonna get me in there.”

Mo is looking to expand training facilities to Texas and Louisiana. He is trying to get better and take his versatile skills to his next fight which will be September 6th in Connecticut. “I gotta stay at the gym here at America’s Top Team and stay healthy”. He is currently at a 12-4 which consists of nine knockouts. King Mo’s talent is extremely underrated and his hard work and dedication will continue to land him slots on pay-per-view fights and help him obtain a numerous amount of positive notoriety.