You are here: Home / Basketball / Is Andrew Bynum done with basketball or just the Cavs? 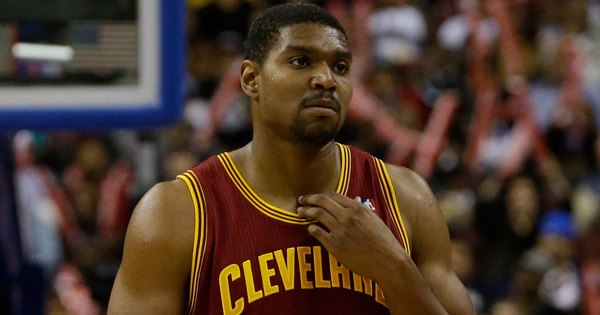 According the Cleveland Cavs official press release Andrew Bynum has been suspended indefinitely:

Cavaliers center Andrew Bynum has been suspended for conduct detrimental to the team, Cavaliers General Manager Chris Grant announced today. Bynum did not travel with the team to Boston last night for the team’s game this afternoon at 1:00 p.m. vs. the Celtics and has been excused from all team activities indefinitely. His status will be updated as appropriate.

The tone of the release seems to have a hint of irritation, like dealing with a whiny child.  But before people could make heads or tails of this bizarre scenario, Yahoo Sports NBA insider Adrian Wojnarowski dropped some of his famous “Wojo Bombs”.

About Bynum suspension, league source tells Yahoo: "He doesn't want to play basketball anymore. He never liked it that much in first place."

It's very possible Bynum's played his final game for Cavs, sources tell Yahoo. In trade, a team can waive Bynum and save $6m of $12m salary.

Teams who considered signing Bynum in summer were as concerned about his desire to play as his knees. Officials didn't see motivated rehab.

Well damn. The details of the detrimental conduct have yet to emerge on Bynum. He played one good week of basketball this season but his inconsistency has been largely attributed to his knee trouble. That show of good faith and understanding seems to have been misplaced. Or has it?

New rumors are developing that he isn’t exactly enamored with the Cavs organization and might be trying to force a trade to a more desirable destination. Of course the Miami Heat are being thrown around as the first team of choice with the L.A. Clippers also in the mix. Cleveland isn’t exactly in the driver’s seat here and teams like Miami and L.A. shouldn’t be willing to give up much for the disgruntled center. They could easily wait the Cavs out in hopes that they waive Bynum or just sign him this summer without having to give up players or draft picks.

Other teams looking to make a splash might be willing to risk their immediate future but that risk is larger than Bynum himself. Clearly this is a fluid situation that will take much monitoring.