You are here: Home / Basketball / Is Luka Doncic the Next Larry Bird? 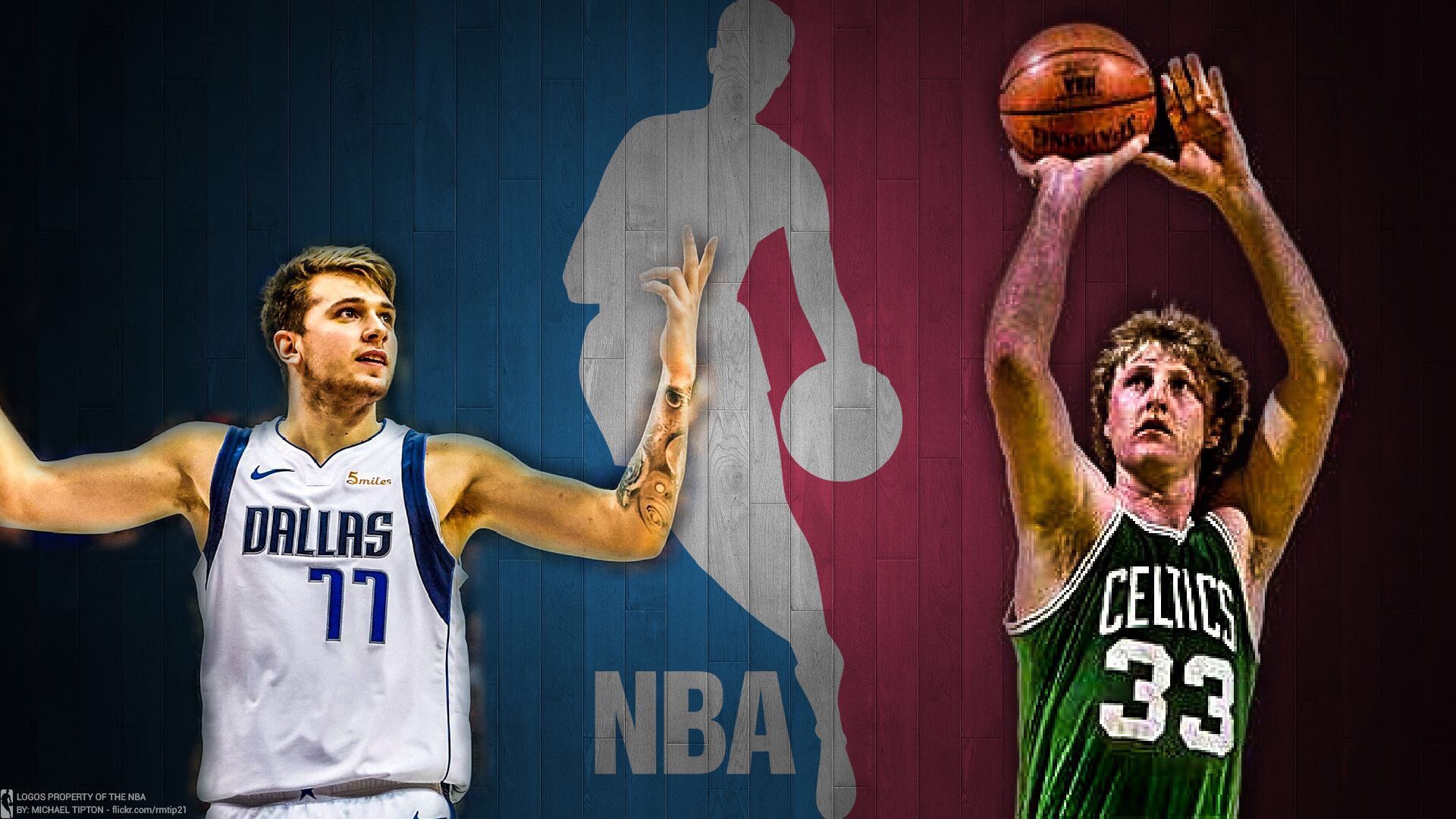 Last May, Luka Doncic had just completed an unbelievable run in the EuroLeague playoffs, leading his injury-riddled team Real Madrid to a championship, all while becoming the youngest MVP in the history of the league in the process. He impressed many across the world with the beautiful style of play in which he possessed and already had the type of court vision that many NBA scouts drool over.

At just 19-years-old, his age represented that of a boy, but he played like a man against players 10-15 years his elder. Averaging 12.8 PPG along with 5.7 REB and 5.o AST in a league that many consider to be the best in the world outside the NBA. A league that unlike the current state of play in the NBA, actually plays defense and can be known for its physical style of basketball.

Fast forward 6 months, that same 19-year-old kid is now setting the NBA world ablaze with the Dallas Mavericks. Steering them to a 14-11 record and leading a team that many figured would be in the midst of a rebuild, currently slated as the 8th seed in a loaded Western Conference. The rookie is averaging an absurd stat line of 17.8 PPG, 6.7 REB, 4.3 AST and has provided his fair share of jaw-dropping moments already in his young career.

He is currently the hands-down favorite (in my estimation) to be rookie of the year and has many general managers in the league scratching their heads–wondering how in the world they passed on this incredible talent this past summer. None more so than the putrid Atlanta Hawks who drafted Doncic only to trade him to the Mavericks for their pick (Trae Young) and a 2019 first rounder.

The Hawks had a future rebuild in mind and wanted to compile draft picks, but they possibly missed on a generational talent in the process.

Sure, you could say the Hawks got cold feet when it came time to put all their marbles on the table and draft what many deemed was an unproven European talent. They weren’t the only ones, the Phoenix Suns and Sacramento Kings elected to go with more proven college talents like Deandre Ayton and Marvin Bagley respectively.

The Mavericks and Donnie Nelson are no strangers to taking a chance on European talent, Dirk Nowitzki was a player many also had questions about regarding how his game would translate before the 1998 NBA draft. He also landed in Dallas after a draft day trade and went onto become the greatest player in the history of the franchise and a top 20 NBA player of all time.

But even with all the similarities between the two talents, there is another all-time great who I believe is more reflective of the potential Luka has, no other than Larry Bird himself.

It’s a lofty comparison that comes with some tremendously big shoes to fill and in no way do I think he will be as good or better than Bird was. Larry “Legend” is in my opinion on the NBA all-time starting 5 amongst the likes of Magic Johnson, Michael Jordan, LeBron James and Wilt Chamberlain.

Bird had an uncanny ability to see the floor and had a feel for the game that was almost unprecedented before he stepped foot on an NBA court. I believe Luka has shown some of those same traits already in his young career to go along with what has proven to be a reliable jump shot.

Bird never looked like the supreme athlete we are used to in the NBA, he always looked a tad bit pudgy and if he were eight inches shorter, you might have mistaken him for a construction worker who was ready to drink a cold six-pack after work.

Doncic certainly isn’t what many would consider a human specimen either, it was widely reported before the draft that his weight could become an issue with him looking heavier than some talent evaluators would have liked. It was an issue that I found absurd. The modern-day NBA training regimen could get a sumo wrestler in shape. But nonetheless, he and Bird certainly are not the most athletic talents we’ve seen.

Body types aside, Doncic and Bird seem to see the game a few plays ahead. The true feel for the game is instinctive and isn’t something I believe can be taught. Bird used that ability to not only be a terrific passer but to always be in the right place at the right time. Watching Doncic play on a nightly basis you see those glimpses of his remarkable basketball mind always getting him in the right spots and playing the angles. When you aren’t a freak athlete you better know how to utilize your talent to get a step on other NBA talent and he certainly understands that. His ability to know when he can get by his defender and get to the basket or rely on his already NBA polished step-back jumper is ridiculous for a rookie.

Bird stepped into a franchise that was already legendary in the Boston Celtics and had very lofty expectations from the get-go. Doncic differs a little bit here but is already being anointed as the next legendary talent in Dallas.

With this most likely being Dirk Nowitzki‘s last season in the NBA, the torch is being passed to the former EuroLeague Champion as we speak. Everything he has shown so far should provide excitement about his future and the role he can play for Dallas.

In a city where the Cowboys overshadow the Mavericks by a million-fold, Nowitzki is maybe the most beloved athlete in town for his commitment to the city. It will be interesting to see if a kid from Slovenia can take over that spot moving forward.

Larry Legend has never had to buy a meal in the city of Boston. His 62nd birthday was just last week, and you would think he was the Pope with the outpouring of love he received on social media. If Doncic keeps this up, he may never need to buy a T-bone steak in the Dallas ever again.

Doncic certainly is not Bird, yet. He has much to prove along with championships to win and legendary moments to create before he can truly be held in that same echelon. But the impressive rookie, who will no doubt continue to improve, could be the closest thing we have seen to the “Hick from French Lick” in my lifetime.

He has already proven to those that passed on him in that they made a huge mistake. Time will tell if that will be a mistake held in the same realm of the Blazers passing on Jordan or the Hornets trading away Kobe Bryant. If he does go on to become say “Luka Legend” it certainly will be franchise-altering decisions for more than just the Mavs. He already has the once suffering Dallas fans singing “HalleLuka” believing they have found their next superstar.